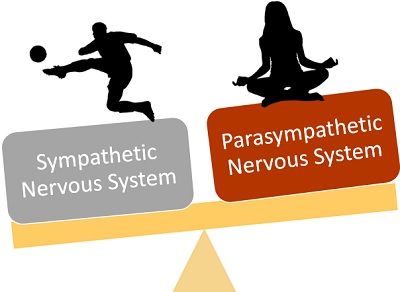 The sympathetic & parasympathetic nervous systems are two components of the autonomic nervous system. These are responsible for controlling and manipulating our involuntary actions. We can differentiate SNS and PNS depending on their responsibilities and action potential.

The SNS mobilises the body in stressful situations such as danger, sports, and fights. Thus, it triggers a “fight or flight” response.
The PNS helps to produce and preserve the body’s normal homeostasis. Thus, it functions to prepare the body for a ‘rest and digest response.

SNS in an active state urges the body to produce an intense amount of energy for physical activity. The PNS inhibits high-energy activities and restores the body’s calm and composed condition.

In this context, we will provide you with the major differences between the SNS and PNS. 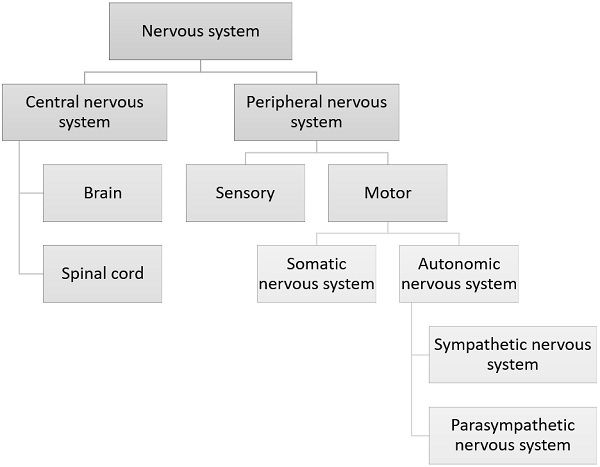 What is the Sympathetic Nervous System (SNS)?

The SNS is one of the components of the autonomic nervous system (ANS). This prepares the body to respond in:

SNS mediates neuronal and hormonal responses for the above situations. And thus it triggers the “fight or flight” response. 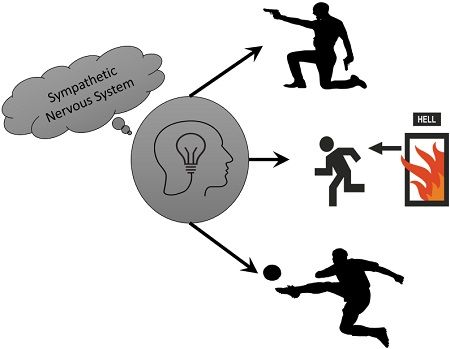 The SNS is a complicated network of preganglionic, postganglionic neurons and ganglions.

The term ‘ganglia’ infers to the clusters of neuronic cells that are part of the ANS. These ganglia lie apart from the CNS. Instead, they run in a parallel manner to the spinal cord. 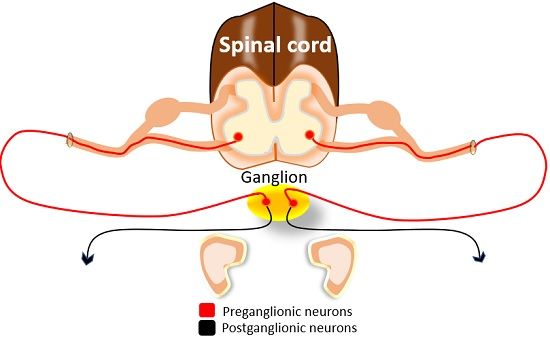 There are many ganglions in various zones. But three of them are particularly important for the notable SNS responses: 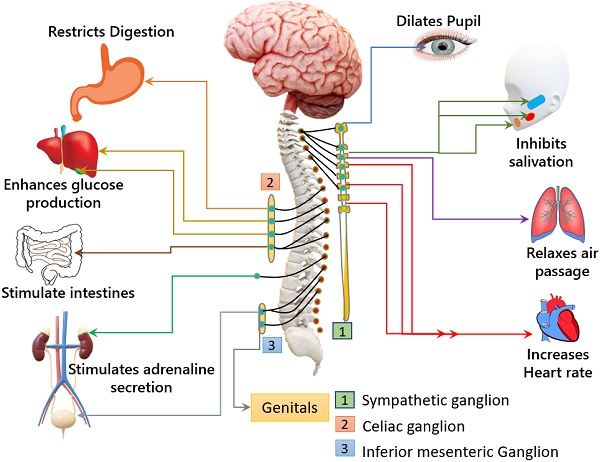 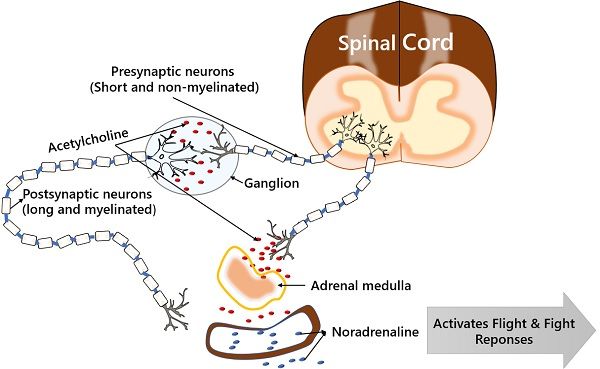 The sympathetic nervous system activates in case of urgency, danger or physical exercise. Thus, it enhances the body’s speed, alertness and level of stress. SNS stimulates all the systems that are crucial for survival. In contrast, it shuts or slows down the other less necessary processes.
In an active state, SNS stimulates some of the specific mechanisms which are as follows:

What is the Parasympathetic Nervous System?

The PNS counteracts the responses of the SNS. As it recovers energy and maintains the body’s calm and serenity. Thus we refer to the response elicited here as rest and digest response. 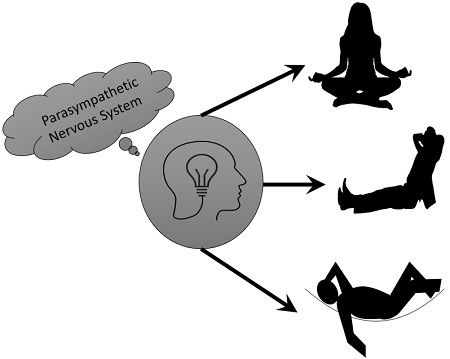 Constituents of the Parasympathetic Nervous system

The nerves of PNS originate from the cranial region of the brain stem and sacral regions of the spinal cord. So we refer to it as ‘Cranio-sacral outflow”. 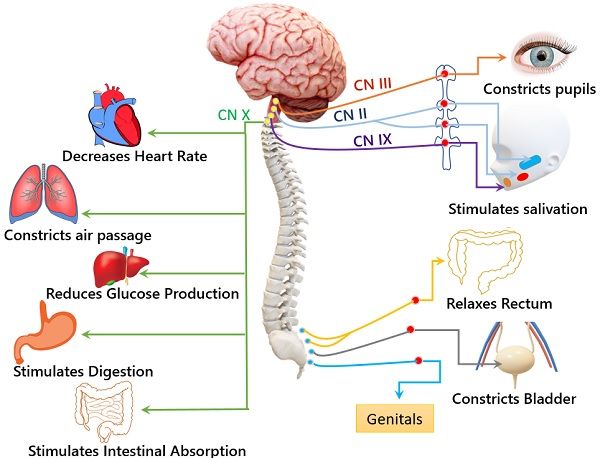 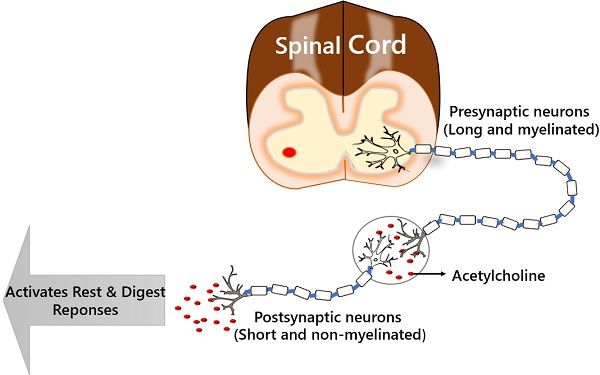 Responses of the parasympathetic nervous system

We can classify the ANS into two prominent types- sympathetic and parasympathetic. Belonging to the same nervous system, they differ in their functions and responsibilities.
Sympathetic on one side reacts when you are playing, fighting or in emergencies. In contrast, Parasympathetic becomes active when you are relaxing.

Both nervous systems are of equal importance as they counterbalance each other’s responses.