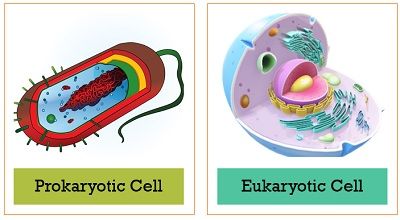 Prokaryotic cells are the smallest living entities on the planet. They are small, simple cells with uncomplicated living mechanisms. This simplicity is due to the absence of multiple organelles with complex structures and more complex mechanisms of action. On the other hand, the eukaryotic cells have a larger framework and an intricate mechanism of living. This complexity is due to the presence of well defined, membrane-bound cellular organelles.

The prokaryotes are lower organisms that are unicellular whereas the eukaryotes can be unicellular (amoeba) or can be multicellular (higher organisms like plants, animals, fungi etc). The prokaryotic cell lacks the membrane-bound nucleus and thus the genetic material remains scattered in the form of the nucleoid. Contrarily, the eukaryotic cell has a precisely distinct nucleus to store the genetic material.

In the following content, we will discuss the general difference between these two types of cells with the help of a comparison chart along with a brief description of their respective components.


What are Prokaryotic Cells?

The term prokaryotic has arisen from Greek words “Pro” and “Karyon” ( Pro: ancient/primitive; karyon: nut/nucleus). As the name suggests, the evolution of prokaryotic cells is at least 3.5 billion years old. But even today they are a substantial part of human life.

These are basically cells with simple configuration, orientation and mechanism. This is because they lack membrane-bound, well-structured organelles and are not advanced as eukaryotes. Most of the microbial fauna like bacteria and archaea are prokaryotic in nature.

Even with their very tiny framework and unorganised system, they are an integral part of our lives. Not only in our surroundings, some of them even exist inside us. They have a crucial role in the agricultural and industrial sectors too. Apart from this, they might also be harmful in several circumstances, leading to diseases. 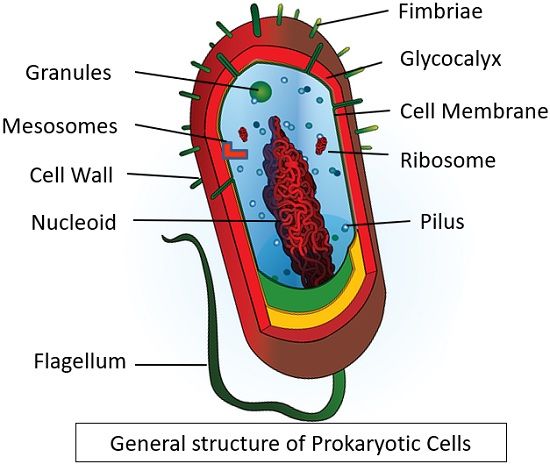 Note: The prokaryotes have the special ability to go into the dormant stage for surviving in the harsh unsuitable environment. For this the generates the endospores which can bear all kinds of stresses.

Role in our lives

What are Eukaryotic Cells?

The term eukaryote has also been elicited from the Greek language. It comprises the combination of two words”Eu“(means true/real) and “karyon“(nut/nucleus). They are named so due to the presence well-defined, membrane-bound nucleus. They are the advanced and modernized type of cells found in higher organisms like plants, animals, and fungi.

Unlike prokaryotes, these cells have specified organelles that are assigned to perform specialized functions. For this reason, they have a bit complex level of organization.  These calls can be present in the singular, colonial or multi-cellular configuration as per the complexity of the organism. 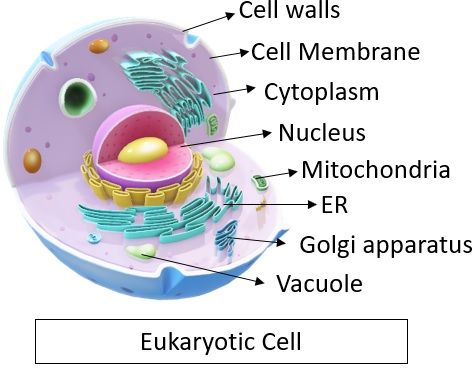 The eukaryotic cell can be studied under the following headings: 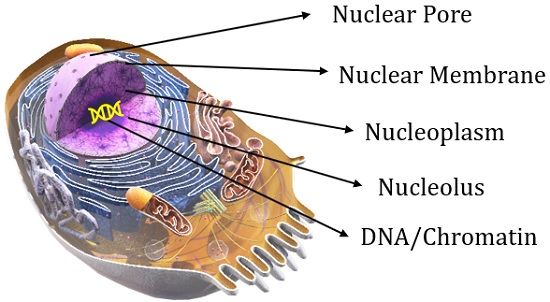 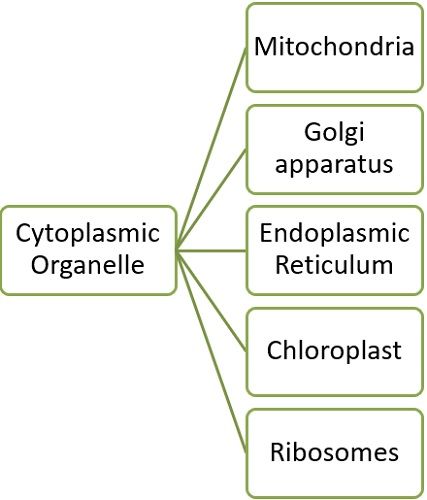 Mitochondria: It is called the powerhouse of the cell. Its major function is the generation of energy in the form of ATP. It possesses its personalized DNA that remains floating in the matrix inside.

Golgi Apparatus: It consists of a stack of many flattened, disc-shaped sacs known as cisternae. The major role of the Golgi body is packaging and transporting the cellular component within and/or outside the cell.  Also sometimes, they are responsible for storing these materials.

Chloroplast: These are only found in algae and plants. Their prime role is to store the chlorophyll that is essential to perform a photosynthesis reaction. Also stores various other pigments like carotenoids, xanthophylls etc that are responsible for providing multiple colours to the plants.

Ribosomes: Tiny but significant organelle. Generally present over the surface of the endoplasmic reticulum. They aid the protein synthesis mechanism in the cell. Eukaryotes have 80S ribosomes which are further divided into two subunits which are 40S and 60S (S stands for Sedverg unit).

Lysosomes –  Lysosomes are manufactured by the endoplasmic reticulum and golgi bodies. They are recognized as the suicide bags that digest every unnecessary element including old organelles, cellular debris, foreign bodies such as pathogens etc.

Vacuoles -Vacuoles are the big-sized storage bags of the cell. They not only store the necessary components.

The cell is the basic unit of life, responsible for all biological activities of the living being whether its prokaryote or eukaryote. Both of these cells vary in their role, like prokaryotes are the old type of cells hence they lack a proper nucleus and other organelles too, which are very well present in eukaryotes, as these are the evolved and advanced cells.