All forms of life on earth are divided into five categories on the support of the nutrition and energy they obtain, kind of cell (single cell or multi-celled), structural complexity, etc. These five kingdoms are Monera, Protists, Fungi, Plantae, and Animalia. Monera is the most primitive types of organisms which include blue-green algae (cyanobacteria), eubacteria and archaebacteria. While Protista represents the early evolution of eukaryotic cells.

Given below are the key differences between Monera and Protista, as well brief description on them:

As said above, these are the unicellular, prokaryotic organisms lacking well-defined organelles and nucleus. But these are found abundantly among all types organisms present on earth, due to their adaptability in all kinds of habitat. It is estimated that a single fall of water contains around 50 billion bacteria. They are found in living as well as in the non-living environment. 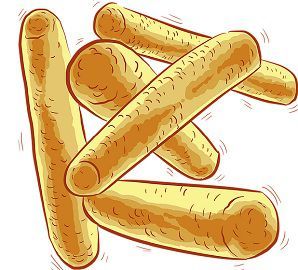 They have their vital role in the nitrogen cycle and carbon cycles. They reproduce through asexual reproduction, by binary fission, budding or fragmentation. DNA is double stranded, suspended in the cytoplasm of the cell of organisms termed as the nucleoid. These are metabolically active and uses a variety of substances to gain energy. The cell wall is rigid. 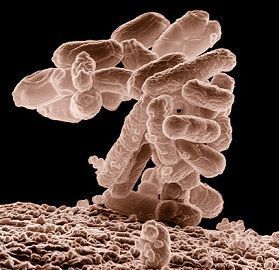 Because of their capability of surviving in harsh and extreme climatic conditions like in deserts, hot springs, acidic soils, etc., monerans are present everywhere. They can be autotrophic, heterotrophic, saprophytic, symbiotic, commensalism or parasitic.

The realm of kingdom monera is Cyanobacteria, Eubacteria, and Archaebacteria, Mycoplasma, etc. Monerans circulation is through the process of diffusion and movement is through flagella. They reproduce sexually (transformation, conjugation, or transduction) or asexually (by binary fission).

Cyanobacteria-They is also called blue-green algae. They are photosynthesizing prokaryotes. Cyanobacteria are found in all kinds of aquatic habitats right from the fresh water to ocean.

Eubacteria-These are two types gram positive and gram negative bacteria. Their cell wall is made up of peptidoglycan and murins, which is a kind of carbohydrates. They are found everywhere which includes water, soil, or on large organisms.

Archaebacteria-Archaebacteria is considered as the most primitive kind of bacteria and is said to evolve just after first life on earth. They usually live in extreme environments like salt lakes, marshlands, oceans and hot springs.They are of three types halophiles, thermophiles, and methanogens.

Protista is considered to be the predecessor of the plants, fungus, and animals. In 1866, Ernst Haeckel used the word Protista for the first time. Protista are said to be the first eukaryotic forms of life. So they have a well-defined nucleus and membrane-bound organelles.

Protista is the large group, consisting of around 16 phyla. Maximum members of this category are aquatic in nature. Some of them are responsible for causing serious human diseases like sleeping sickness and malaria.

These are the simplest eukaryotic organisms. Mostly live in the aquatic region, moist soil or in the body of plants and humans. They have mitochondria for cellular respiration, while some contain chloroplast for photosynthesis. The nuclei have multiple DNA strands.

Their movements are through flagella or cilia. Their mode of nutrition can be autotrophic or heterotrophic. Protists reproduce either sexually or asexually through mitosis or meiosis.

Key Differences Between Monera and Protista

Given below are the noteworthy key differences between Monera and Protista:

In the provided article we discussed the monera and protists, which are among the five kingdoms of classification, under which all kinds of life present on earth is classified. Monera is said to be the ancient form of life living on earth and even still they exist generously as well ubiquitously.