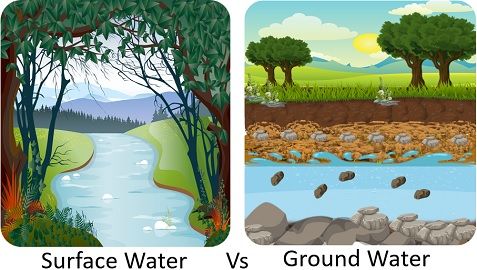 A major difference between surface water and groundwater is the location where they are found. On one side, you may find the surface water on the external parts of the earth’s crust, i.e. on the surface level. Rivers, streams, lakes, ponds etc., are the most common examples of sources of surface water.

In contrast, the groundwater is present in the interior parts of the earth’s crust, i.e. underground level. Wells, tube wells, borewells, and springs are common sources of groundwater.

The surface water is also known as soft water because it has comparatively less mineral content. It also has higher chances of contamination due to the presence of pathogens.

Whereas groundwater is also referred hard water as it possesses a large quantity of minerals. Also, this water is pure, and the pathogen count is nearly nil.

This post discusses the key differences between surface water and groundwater in detail. 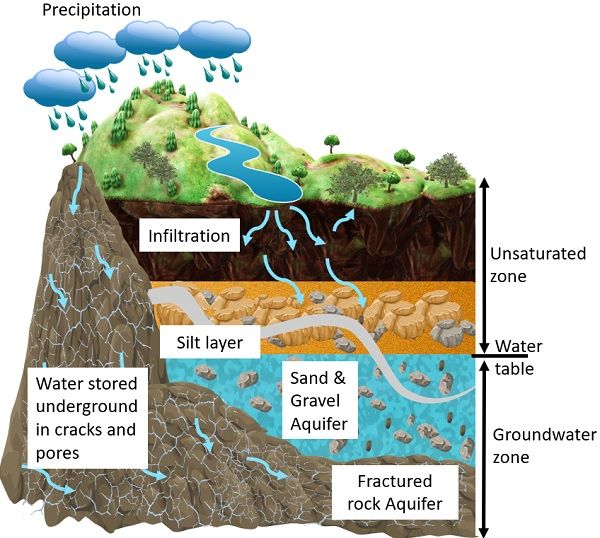 
What is Surface Water?

Any kind of water body located above the crust can be considered as surface water. This may include lakes, creeks, streams, rivers, wetlands, reservoirs etc. Even the salt bodies like oceans and seas are also surface water sources. 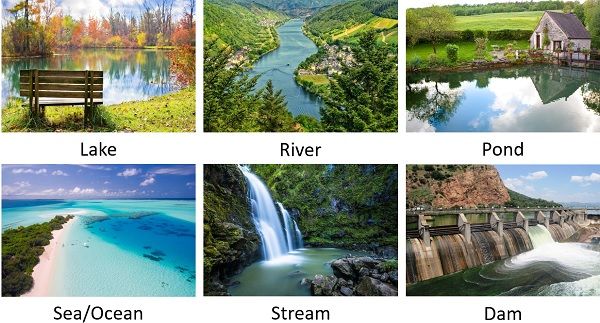 The surface water is visibly present on the upper surface of the earth’s crust. Thus, we use this water for different purposes like:

However, if you are consuming the surface water directly from its source for drinking purposes, you should be double sure about its purity. This water is exposed to environmental conditions throughout the time. Thus, they may contain several harmful pathogens. In addition to this, industries discharge their wastewater in these waters, which makes them full of hazardous chemicals and polluting agents.

There are three types of surface water:

The groundwater is the water that is collecting or flowing beneath the surface you are standing. It occupies all or part of the porous void spaces in geological strata, including soil, sediments and rocks.

This water is also referred to as subsurface water that separates the surface water from the water table. However, both of these waters remain related via the continuous circulation of water through the hydrological cycle.

Where does underground water come from?

The sand and the gravels are permeable and porous to the water, and thus the water seeps below the ground, which we refer as groundwater. Most of the underground water comes via precipitation. The water that comes from precipitation infiltrates below through spaces between soil, rocks and sediments.

When the upper soil zone becomes saturated, the water starts to percolate downwards. This zone of saturation is where all the interstices are occupied by water.

The infiltrating water continuously descends downwards until it reaches the zone of dense rocks. Here, the water is contained in the pores, but these pores are unconnected, and thus, the water can’t migrate further. It stays there as the underground water reservoir.

The process of precipitation keeps on replenishing the groundwater level known as water recharging. Mostly the recharge occurs during the rainy and winter season in tropical and temperate regions, respectively.

Where is Groundwater found?

Around 10-20 % of the precipitation on earth seeps into the water-bearing strata underground, known as aquifers. The water stored in these aquifers naturally comes out in wells, whereas borewells and tube wells use pumps and motors to fetch up this water. 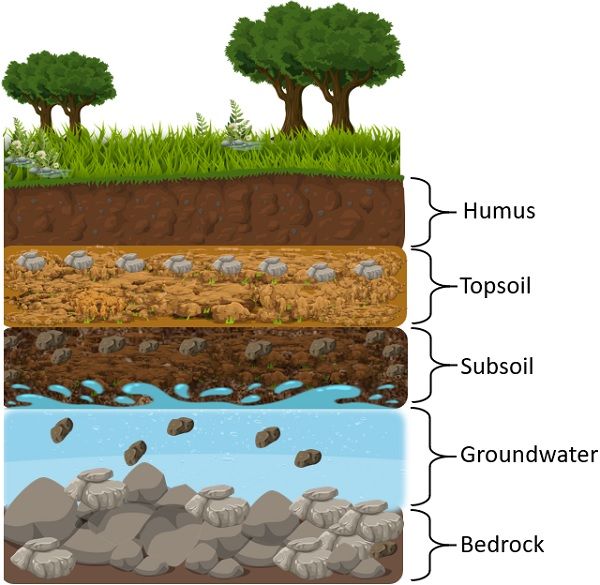 “The aquifers are the saturated zone made up of sediments and rocks through which the underground water can move.”

Groundwater has a constant motion. However, this movement is very slow in comparison to surface water. The rate of flow of groundwater relies on the transmissivity and storage capacity of that particular aquifer. You cannot determine the exact internal circulation of groundwater, but it is assumed that the average cycling time may be a year or less near the water table, whereas it may be long up to thousands of years in the deep aquifers.

Groundwater supports the agricultural system as the majority of the irrigation is carried out with it. Also, it is highly used for domestic, industrial and construction purposes. In arid or semi-arid zones, groundwater becomes the ultimate source for drinking in summers at the time when the rivers, lakes and ponds dry out.

Most of the population relies on one of these two water sources i.e., either surface water or groundwater for their daily survival. This content will help you know about the differences between them as well as about their sources and uses.