The meaning of producer and consumer is obvious and evident from their names themselves. Producers, in general, are those who create something, whereas consumers are those who utilize something.

The term ‘Producers‘ is used in biology to describe the living entities that have the potential to produce food from natural elements like sunlight, carbon dioxide, water, etc. The ‘Consumers,’ on the other hand, are those living beings that rely on the producers or the other lesser consumers for their food requirements.

The producers primarily make food by the process of ‘photosynthesis’ and are so referred to as autotrophs. Consumers, on the other hand, lack the ability to photosynthesise and are classified as heterotrophs.

This implies that producers not only generate energy for themselves but also act as energy sources and suppliers to the higher organisms at the trophic level.  In this section, we’ll go through the key differences between the two main stakeholders in the ecosystem: Producers and Consumers.

The autotrophic (‘auto’= self; ‘troph’= nourishment) components of the ecosystem tend to create their own food in the form of simple sugars by using the elementary components of nature like the sunlight, water, CO2, etc., are called Producers.

The ability of producers to convert solar energy into chemical energy is the beneficial property that enables producers to nourish the other biotic components of the environment.

How do producers make their food?

The producers can make their food with the help of two biological processes:

On the basis of the method used for food making; producers can be classified into two major categories:

‘Photo’ stands for ‘light’, and ‘auto’ means ‘self’. They are living biological entities that use light energy to synthesise organic matter from the naturally available inorganic nutrients.

They possess the ability to transform the sun’s solar energy into chemical energy, i.e. the organic sugars.

Photosynthesis: “Photosynthesis is a natural process that aids in the manufacture of food from the natural components. By fixing solar energy, complex inorganic compounds are converted into simpler organic ones during photosynthesis”.
Photoautotrophs perform a series of chemical reactions in the presence of light under the process of photosynthesis.

Note- The photoautotrophs have a green colour pigment called chlorophyll. This pigment is responsible for trapping the light (photons) from the sunlight, which is essential for the light reaction.

All the living organisms that are green in colour due to the presence of chlorophyll are classified as photoautotrophs. 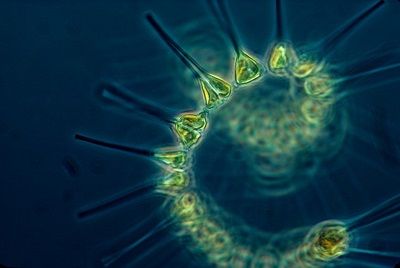 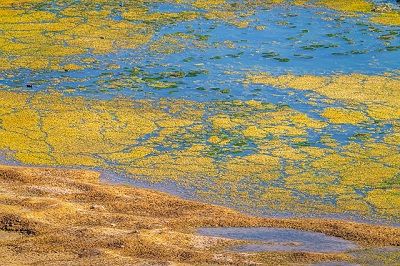 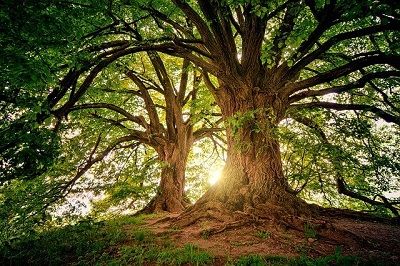 ‘Chemo‘ is for ‘chemical‘. These organisms use the chemical substance from nature as their nutrient intake and convert them into complex organic matter.

They perform chemosynthesis instead of photosynthesis.

Chemosynthesis: The process of combining two or more basic and simpler chemical components to create a complex substance is called  “Chemosynthesis“.
The chemoautotrophs use the inorganic chemical derivatives of hydrogen, sulphur, iron, etc., for producing organic carbohydrates.

Consumers show the heterotrophic mode of nutrition due to their disability of synthesising their own food. For this reason, they are often referred to as ‘heterotrophs’.

Due to the lack of chlorophyll, consumers are unable to perform photosynthesis. As a result, they are completely reliant on producers or other lower-level consumers to comply with their energy needs.

The higher trophic levels in the food chain are occupied by consumers. They are classed as follows based on their position in the trophic level: 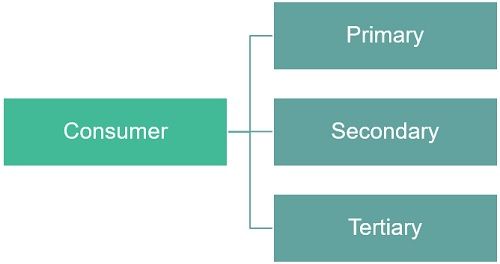 Key Differences Between Producers and Consumers

The ecosystem works on the principles of coordination, dependency and collaboration among the biotic and abiotic components. Similarly, the harmony between producers and consumers is an essential component for the smooth functioning of the ecosystem. Therefore, both of them are equally important elements of the environment.