SNP (Single nucleotide polymorphism) and mutation are both related to the structural changes in the genome. While researching, people often use these two terms interchangeably. However, scientifically, one must be very careful while using them.

All the individuals except for the twins have their own version of genome sequences. These variations are mainly due to the SNPs. The chances of occurrence of SNP are approximated as one per thousand base pairs.

SNP indicates the condition where one individual possesses a nucleotide “A” at a specific position P in his genome. But another individual will have nucleotide “B” at that same location P.

Talking about mutations, they are actually sudden but gradually occurring changes in the natural genome. It refers to the alteration of the gene at some specific locations.

They can occur naturally or can get stimulated by certain agents called mutagens. The mutation can cause some unwanted changes in the body that might lead to some potential disorders.

This post will help you learn more about the key differences between SNP and mutations in detail.

The human genome approximately comprises 4-5 million SNPs occurring once in 1000 bp in every individual. In the human population, there are about 100 million types of SNPs have been detected so far.

SNP or single nucleotide polymorphism is the alteration of the base pair at a single position in a DNA sequence. It refers to the kind of polymorphism that implies the presence of more than one form of DNA. They are responsible for the uniqueness among the individuals in the population.

The DNA sequence consists of a chain of four nucleotide bases: A, C, G and T. These four remain arranged in a proper sequence. So, wherever there is an alteration at a single position, it indicates SNPs. 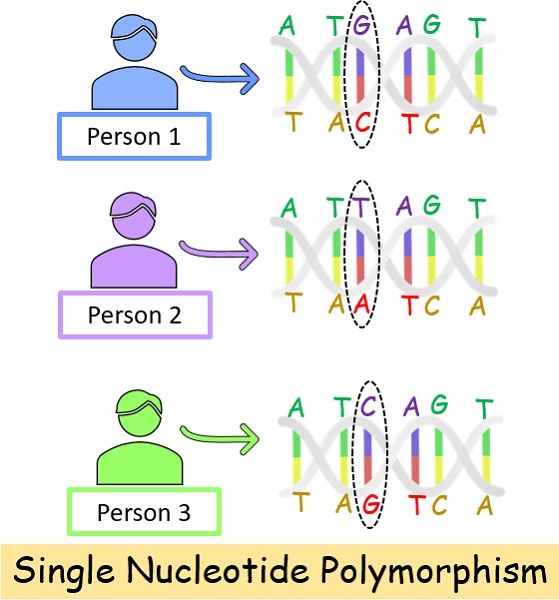 For instance, if the genetic sequence of the general population is:

Then the sequence of the individual with SNP is:

The SNPs lying in the non-coding region hamper the structure of mRNA, thereby increasing the disease susceptibility. Researchers use them as biological markers for locating genes linked to the disease. Also, they are useful in the STR-based DNA fingerprinting techniques. 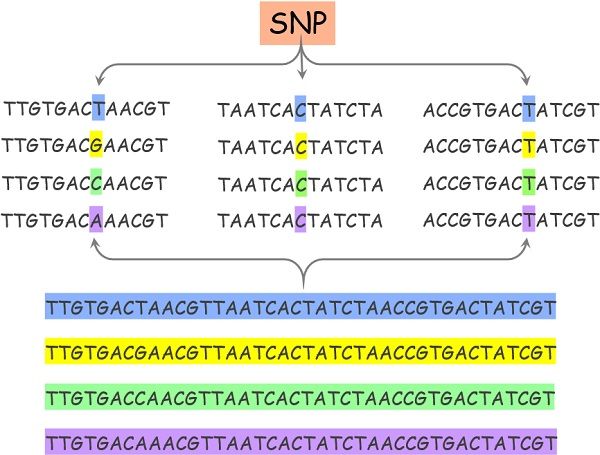 Whereas the SNP present in the coding region can be of two types:

A mutation is an event that produces an altered form of a gene. It gives rise to the hereditable alterations in the genotype of an organism. Whenever we see a suddenly occurring trait in a population, the reason behind it is mutation.

It is believed that mutation was the first step toward evolution. The mutation had played a crucial part in the majority of variations current population.

A Dutch Botanist named Hugo De Vries was the one who put forward the novel concept of mutation in his studies. In 1901, he introduced the term mutation and defined it as “Sudden alteration in the structure of a gene or a chromosome.”

Another scientist named Dobzhansky, who studied mutation, defined it as “a mistake or misprint in the genetic makeup during cell division”.

What does mutation do?

The changes caused in the genome by the mutation basically change the appearance of the gene. This ultimately leads to the alteration of the characters or genetic messages under its control.

The genes are responsible for carrying the traits from one generation to another. They are exceedingly stable units that are copied exactly the same during cell division. There are chances of mistakes during this process due to mutation.

Mutation produces an altered gene called a mutant. The organism bearing the unaltered gene is termed as wild type.

We can divide the mutations into two main categories:

A. Point Mutation: This mutation occurs by replacing a single base pair with another.

a. Base Substitution: Here, one base gets replaced by another.

b. Base Deletion: One of the bases gets deleted, causing the empty space at that spot. 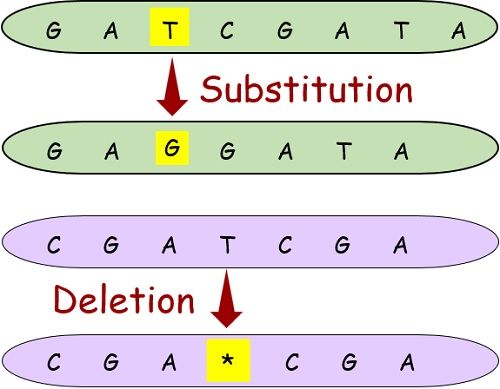 c. Base Inversion: Here, there is the reversal of the base sequence.

d. Base Insertion: In this mutation, a new base pair gets inserted into the genetic sequence. 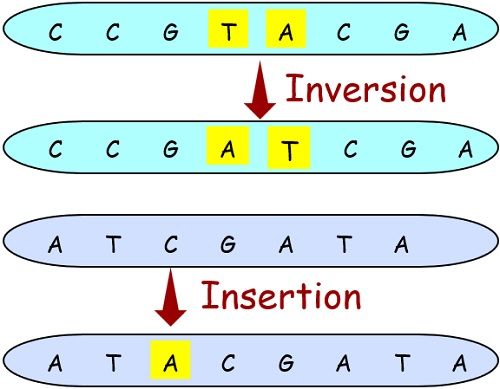 a. Silent Mutation: Here, the mRNA codon contains the changed base, which also codes for the same amino acid. 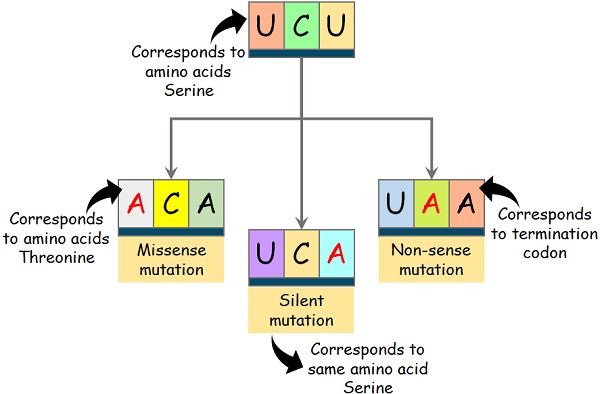 B. Frame-shift Mutation: It occurs when one or more base pairs shift from their original places, changing the entire framework of the genetic sequence. 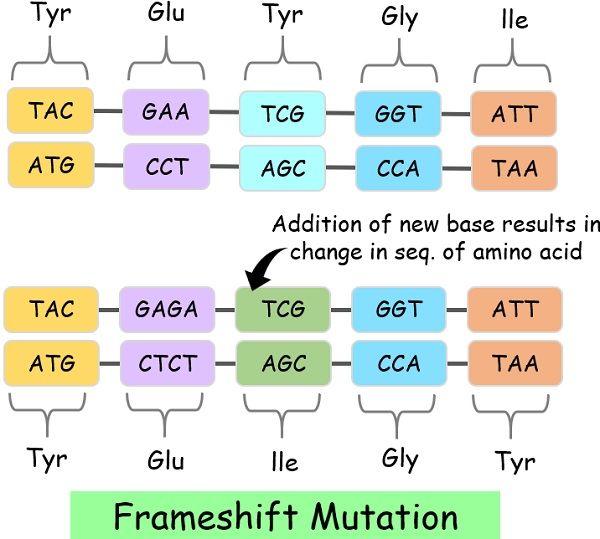 Key Differences between SNP and Mutation

This post illustrates the major differences between SNP and Mutation with the help of a comparison chart, related information and diagrams.