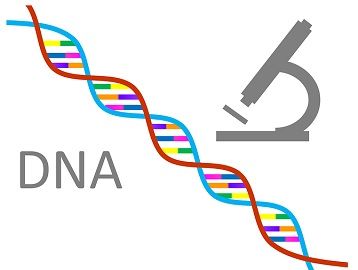 Secondly, one mRNA contains numerous codons, but one tRNA has only one anticodon, that codes for an amino acid. So, the main aim of codon and anticodon is to produce proteins and express genetic information.

As we know that during the process of ‘central dogma‘ which is replication-transcription and translation, the proper procedure is followed and our cell machinery takes care of every step that checks it precisely. Francis Crick coined this mechanism.

Therefore, the information flows from DNA →RNA→ protein. The role of proteins is to make the body structure and check the function of the cells. So, at this moment we will be describing the codons and anticodons, and we will also find out the points on the ground of which they differ from each other.

Codons or genetic code can be defined as the base sequences of three nucleotides (triplet) present in the mRNA, that perform the role of the code word for the amino acids in proteins.

These genetic codes are considered as the dictionary of the nucleotide bases such as A, C, G and U and determines the specific sequence of amino acids in proteins.

The codons are made from the four nucleotides, which are – purines such as adenine (A) and guanine (G) and pyrimidines such as cytosine (C) and uracil (U). The combination of these four bases in different patterns in the produce the 64 combinations (43), but participating only three bases in one combination (AUG, CUA, CCC, ACA, and so on).

The sequence of the triplets in the mRNA are written from the 5’end to the 3′ end. The three codons which are UAA, UAG, UGA act as the stop signals and do not code for any amino acids; these are also known as termination codons or nonsense codons. The remaining sixty-one codons codes for 20 amino acids in protein synthesis. The initiating codons are AUG and sometimes, GUG also.

Universality is the most important character of the codons, as these only codes for 20 amino acids in all the living being and so it is said that the genetic code has been conserved during course of evolution. So, genetic code is said as universal.

Non-overlapping is the feature that describes that the genetic codes are coma-less, without any punctuations and are read from a fixed point as a continuous base sequence. For example, UUUCUUAGAGGG is read as UUU/CUU/AGA/GGG.

The addition or deletion of any one or two bases will result in the change of the sequence of the mRNA, and thus, the different protein will form, this is usually seen in frameshift mutations.

Degeneracy means that when codon are redundant or degenerate as most of the amino acids have more than one codon because between the 20 amino acids, there are 61 codons available. Like for instance, serine has four codons, and those codons which designate the same amino acid are known as synonyms. Interesting is that most of the codons or synonyms that code for one amino acids differs in their 3′ end only or in the third base.

The complementary sequence of nucleotides against the codons is known as anticodons. These sequences are found in tRNA and direct the tRNA to bring the perfect amino acid in the sequence with the mRNA at the time of protein production.

Like, the necklace of the beads, amino acids are also bound together in the same manner. As each amino acids have different character and role and so it is critical that correct amino acids should be used at the correct place; otherwise the resultant protein can be useless or may give a negative impact to the cell.

Anticodons works to make the stored information of DNA in a proper process by processing them into the functional proteins which can be used by the cell for various functions of life. The role of anticodons is to place the correct amino acids and make the protein accordingly, on the basis of mRNA.

The whole process is very precisely performed, by each RNA, nowhere each tRNA has its own anticodon and amino acid. The role of the anticodon is to pair up with the specific codon of mRNA, the cellular machinery works and makes sure that amino acid is placed to the growing nascent chain of the protein.

The codon and anticodon of mRNA and tRNA pair in antiparallel direction with each other, i.e. 5′-3′ of mRNA with 3′-5′ of tRNA. While the conventional pairing is between, A=U, G≡C, between the last two bases of anticodon and first two bases of the codon.

This hypothesis was given by Crick, which explains the degeneracy of the genetic code, as there is more codon for the only single amino acid. So, the tRNA can recognize more than one codon, and this occurs due to the failure of the third base of the codon that is unable to properly recognize the complementary base in the anticodon (5′ base). This wobbling is associated with the spatial arrangement of the anticodon from the 5′ end.

Key Difference Between Codon and Anticodon

Given below are the few though critical points to understand the general differences between the codon and the anticodon:

In this article, we have seen how the codons and anticodons differ and what are the points to notice about codon and anticodon. We have also gone through the wobble hypothesis and how the formation of proteins takes place.