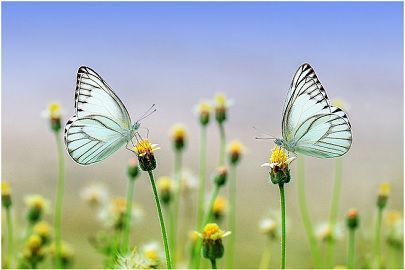 The first thing which clicks on one’s mind while discussing plants is that they have the ability to prepare their food with the help of sunlight, water and air, along with the support of the green pigment known as chlorophyll which is found in all green plants. On the other hand, animals are known for their well-developed body and it’s organ system like nervous, reproductive, digestive, respiratory, etc. Animals are also considered to be immensely susceptible or sensitive to any stimulus.

Plants and animals are falling under the category multicellular, eukaryotes and are estimated to be around seven million species on earth till date, excluding bacteria, mushrooms, and lichens.

Both plants and animals are easy to differentiate, but there are certain characters which makes them unique in themselves. But apart from that, the few basic things shares by them is the ecosystem, the surrounding and their dependability on each other.

There are many factors on which plants and animals can be distinguished, not at the physical level but at cellular level too. They also have their own importance too in many ways. On the way of focussing the point of differentiation among the two terms, we will also provide a brief summary on them through this content.

Plants fall under kingdom Plantae and are kept under multicellular, photosynthetic eukaryotes category. The range of the plants varies from one place to other, one climate to other, etc., which includes the angiosperms, gymnosperms, ferns, conifers, mosses, liverworts, hornworts and of course the green algae.

Plants are regarded as the primary producer on the ecosystem of Earth. They are said as autotrophic, which means they can produce their own food by the process of photosynthesis. If we look at the general structure of a plant, it has a proper root system, and the shoot system.

The root system includes the part of the plant which is found below the ground, while the shoot system comprises the part like flowers, fruits, stem or trunk, leaves, buds, and branches and these are found above the ground. The basic development starts from the cell, which develops into the tissues, these tissues can be ground, dermal or vascular.

Ground tissues are composed of the essential part of the plant. Dermal tissue supports the outer layer of the plant, which has a waxy coat to prevent the loss of water. Maximum plants have the vascular system, which acts as the carrier for transporting of the nutrients, water and hormones from one part of the plants to other, green algae do not have this system.

The study of the plant is called as botany, and the person who studies botany is known as a botanist. The plants are important in many ways, as they are medicinally used, cultivation of many plants is economically important for many countries, they are scientifically important, major food source, etc. Most important is that they play a critical role in providing oxygen to the atmosphere.

Animals fall under the category of multicellular, eukaryotes but under the kingdom of the Animalia. Likewise the plants, animals also vary from place to place, whether living in water, air or on land. The maximum number of species of animals have bilaterally symmetric body plan or called as Bilateria. There are many subdivisions of the animals like they can be vertebrates or invertebrates, can be oviparous or viviparous, can be cold-blooded or warm-blooded. 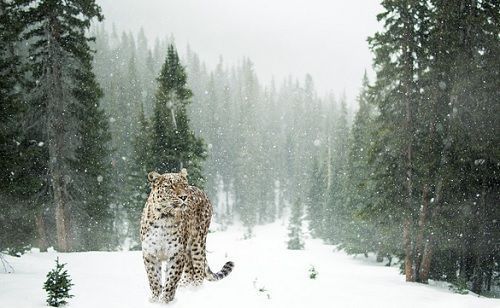 Animals need food, air, water, and shelter for their survival; also they need a proper habitat or environment where they can spend their life and can increase their population. The habitats include the deserts, grasslands, rainforest and arctic tundra, though it depends on the animal that which suits best to them. Animals may variate on the basis of place they live, the food they eat, their living habits, etc.

There are many common characteristics which make the animals unique from other living things. Firstly they are motile; they have many organs and organs to perform various functions of the body like they have well developed respiratory system, digestive system, excretory system, reproductive system and nervous system. Their sense organs are also the critical characters which make them exclusive; these sense organs give special power to animals so that they can smell, taste, hear, visualize and respond to the stimulus.

Key Differences Between Plants and Animals

Given below points will present the main features on which plants and animals vary:

In this content, we studied the ground points on which the plants differ from the animal. We can say that, after having a few characters similar, both plants and animals show a lot of variations. Another thing is that they both have a mutual relationship to maintain the ecosystem. So they are equally important and play a significant role in the environment.