But most importantly the difference lies in the presence of the vascular system which is xylem and phloem. The xylem carries water and minerals to every part of the plant, while phloem carries food. So, the plants which have this well-organized system are categorized as vascular, whereas the plants where these systems are absent are known as non-vascular plants.

Plants are the multicellular, photosynthetic eukaryotes. Kingdom ‘Plantae‘ is also placed in under Five kingdom classification as one of the major kingdoms, containing huge varieties of plants. Further, this kingdom was classified into different categories, under non- vascular and vascular groups. The primitive form of plants is termed as non-vascular, while the advanced type is kept under vascular.

There are many different varieties of the plants found on earth and there are many more to discover. Till date there are around 320 thousand species of plants are known. Hereby, on the way of focusing on the difference between the two groups of plants i.e. vascular and non-vascular, we will also discuss on them briefly.


Definition of the Vascular Plants

Vascular plants, also known as Tracheophytes are the groups of higher plants, categorized in kingdom ‘Plantae’. These are the green plants, with the specialized plant tissue called as vascular tissues. This special issue is the main feature which varies them from the non-vascular plants. These two types of tissues are xylem and phloem. the vascular plants are responsible for the transportation of water, minerals, and other products to different parts of the plants.

The vascular plants can grow up to a height, they are found on land, deserts, aquatic environments, etc. They include Angiosperms, Gymnosperms, Pines, Clubmosses, Ferns, etc. The plants with the vascular system have well-defined root and shoot system, they also bear leaves, fruits, flowers, and wood. 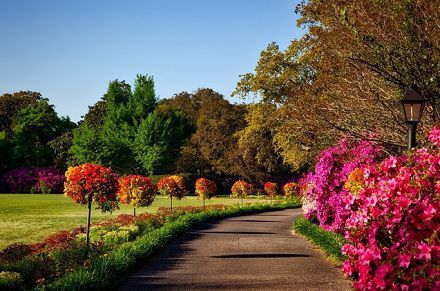 The cells show proper differentiation, where xylem is made up of a structural protein called as lignin and carries minerals and water from roots to other parts. The role of phloem is to carry the products of photosynthesis that is glucose.

The vascular plants exhibit the alternation of generations to complete its life cycle. That means they have sexual or gametophytic phase and asexual or sporophytic phase. The sporophytes are the diploid organism and by the process of meiosis, they produce the haploid spores.

The haploids develop into the new young ones and undergo the gametophytic phase. These gametophytes produce gametes (male and female) which undergoes the sexual reproduction. The fusion of sperms and eggs (male and female) produces the zygote, which is the next diploid sporophyte generation.

Definition of the Non-Vascular Plants

These plants are not well developed and lack true leaves, stems, and roots, mainly they have a poor transport system. This transport system consists of the two tissues namely xylem and phloem are responsible for carrying minerals and water to different parts of the plants. 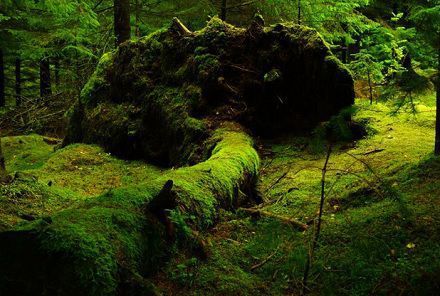 Though non-vascular plants have certain specialized tissues, which helps in transportation of water and other substances, as the specialized tissue do not have lignin and so does not said as the vascular tissue. These plants do not bear fruits, flowers or wood and are found in moist, shady areas.

The green parts of the plants are known as the thallus and rhizoids are the thin filaments, which anchor the plant to their place. Bryophytes or non-vascular plants show alternation of generations and cycle completes between sexual and asexual stages. The thallus is the gametophyte of the plant which develops male and female organs.

The sporophyte is the asexual phase, where spores are produced. The sporophytes keep the spores and when get germinated they develop into a new plant. Mosses are most abundantly found among bryophytes and these plants look like dense mats of vegetation and grow on mountains, rocks, trees or glaciers.

Upcoming points are essential in order to differentiate between vascular and non-vascular plants:

The first thing clicked on the mind or the picture which is created after listening to the word ‘Plant’ is of the green leaves, colorful flowers, fruits. Though from the above content it is much evidence that not all plants bear these items, some of them are categorized as plants but have different features from the typical green plants. We also considered a few similarities, due to which they both are kept in one group called as plants.