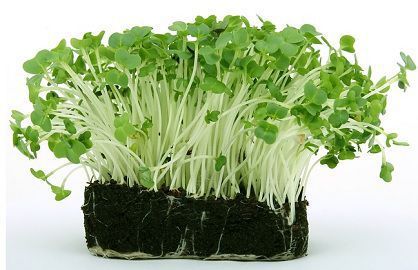 A common flowering plant (vascular plants) possess a well-defined root and shoot system. These are an essential part of the plant and bears many morphological and anatomical differences. Though they both together function in the growth of a plant.

The only similarity between the two is the vascular tissue (xylem and phloem), which are said as the circulatory system of the plant and work in transporting minerals, water and other nutrients from one part other parts.

Of course, there are other parts too, like leaves, fruits, flowers, etc., but they all boil from these two prime wealth. Together these parts demonstrate how vascular plants evolved to inhabit two diverse environments at the same time which are the air and the soil.

Experts believe this was done forge the life successfully as soil provide minerals and water and air provides carbon dioxide and energy from the sunlight and gradually plant evolve this system to grab these resources present below and above the soil.

Hereby, in this content, we will be discussing the difference between the roots and the stems, their features and function, with the general discussion on them.

Stems are the part of the plant, that possesses buds, leaves and roots at its basal ends. The primary function of the stem supports the leaves and to transport minerals and water to the leaves, where it proceeded to convert into useful products by the process of photosynthesis, and then further these are transported to other parts of the plants including roots.

This process is supported by the xylem (vascular tissue), where the conduction of nutrients and minerals takes place from the site of absorption to other parts. Stems also provide mechanical support for a growing plant.

Roots are the underground part of the plant, and the main function is the absorption of water and minerals from the soil, conduction, storage of reserve foods and mainly in the anchorage of the plant. The chief distinction from the stems is the lacking of buds and leaf scars, but have root cap and branches that originate from internal tissues than from buds.

When a seed germinates the primary root or radical is the first part of the plant to appear. It grows under the soil or ground and so-called as positively geotropic and thus anchor the seedling. In the angiosperms (dicotyledons) and gymnosperms, the radical grows into taproot, which grows downwards and the secondary roots grow laterally from it. In plants like turnips and carrots, the tap roots serve as food storage.

On the other hand monocotyledons and grasses have a fibrous root system, which possesses the mass of roots of the same diameter. Adventitious roots are such roots which arise from other organs than roots, like stems or leaves. Pneumatophores found in mangrove species are lateral roots growing in saline mud, these roots grow upward and out of the mud.

Key Differences Between Stems and Roots

Given below points are the essential distinctive one to understand the different features of the stems and the roots:

In this article, we studied about the stems and roots, and how they variate from each other morphologically as well in anatomically. We also came to know their functions and importance.