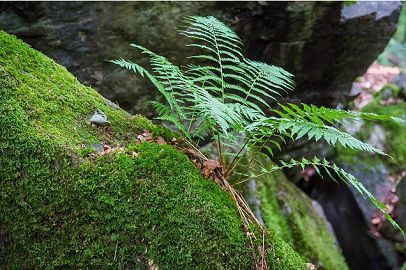 Mosses or bryophytes are simplest plants having no true roots, rhizoids for anchorage and grow in the damp terrestrial land. Ferns are pteridophytes which a have leaf (finely divided into small parts), proper roots and underground stems. They grow in damp and shady places.

Flowering plants are of two types Gymnosperms and Angiosperms which have common features like roots, stems, leaves, proper vascular tissues for transportation and contain flowers and fruits. Below we will discuss the general difference between bryophytes and pteridophytes.

The name ‘Bryophytes’ is a traditional name, which is used to all such plants or embryophytes that do not have true vascular tissue and hence called “non-vascular plants”, which means they do not have xylem and phloem.

As their gametophytic generation is dominating, they produce gametes. But they fail to produce flowers or seeds. Bryophytes body is not defined by true roots, stems, and leaves rather they have rhizoids for anchoring. They have unbranched sporophytes and reproduce by spores. 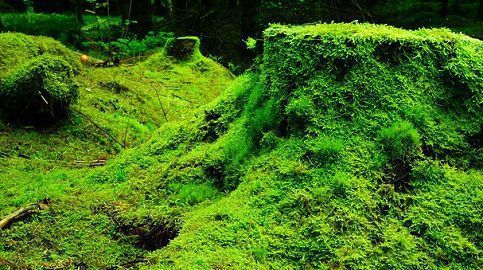 Examples are mosses, liverworts, hornworts. They are limited in size characteristically and prefer a moist place to grow, but are adjustable in the drier environment also. Till yet around 20,000 species of the bryophytes are been found. Bryophytes play an important role in an ecosystem by providing water and nutrients to other plant living alongside bryophytes.

As these plants do not produce either flowers or seeds, they are called as cryptograms. They are also termed as vascular plants (containing xylem and phloem tissues). They have leaves which are known as fronds, true stems, and roots.

Pteridophytes include highly diverse true ferns. Fronds are the largest species of ferns and can reach up to six meters in length. Such plants get disperse via spores and reproduce rather than seeds. Bryophytes are used for medicinal purposes. These plants are found in moist, dark, shady, cool, damp area. 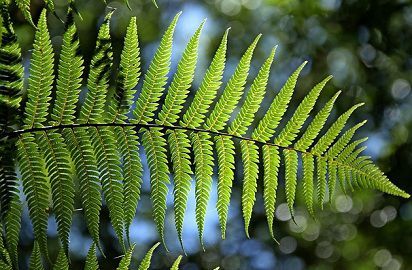 As these plants produce gametes, they are called gametophyte. The plant structure is well differentiated in roots, stems, and leaves. Few examples are
Spikemosses, clubmosses, ferns, quillworts. There are around 13,000 species of pteridophytes which makes them representative of the closest relatives of the angiosperms, the conifers, and other seeds plants.

Key Differences Between Bryophytes and Pteridophytes

In the given article we discussed the differences and similarities among bryophytes and pteridophytes. Few bryophytes species are considered among the first to colonize on open ground, largely in the amphibious environment. It is a collective name used in representing plants like mosses, hornworts.

While pteridophytes are specially considered as first land plants, containing xylem and phloem tissues, they are also called ‘botanical snakes’ as they evolved after bryophytes which are said to be as ‘botanical amphibians’. Both of them are important from nature’s point of view, as they play their vital role in maintaining the ecological balance.