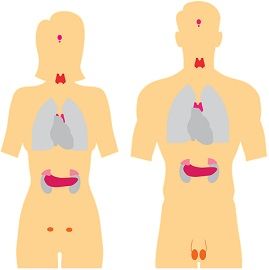 Glands are the ingrowth of the top layer of the skin i.e. epithelium. This ingrowth can have a tubular, simple, branched or compound formation. They are the group of cells that release a chemical substance as per the demand of the body. We can divide them into two categories- Endocrine and Exocrine. These two play a critical role in controlling the body, its growth and development and other functions.

The nature of the secretion is one of the critical points to distinguishing both glands. Endocrine glands secrete hormones. Whereas exocrine glands secrete substances like enzymes, digestive juices, sweat, saliva, etc.
Another point where these glands vary is the presence or absence of the ducts to secrete the chemicals.
The endocrines are ductless glands while the exocrine use the ducts for carrying their material.

The exception is the Pancreas and Liver which are Mixocrine Glands as they serve as both the endocrine as well as exocrine glands. They secrete both hormones as well as enzymes. Glands are the group of cells or an organ that release chemical substances. These substances can be in the form of enzymes, hormones, sweat, digestive juices, saliva, etc.

In this context, we will be covering the points on which both glands differ, with a summary.

As the word says “Endo” means inside, and “Crine” means to secrete. These glands are mainly known for producing hormones. The first thing that comes into mind about this gland is that it is ductless and releases its secretions into the bloodstream. In simple words, we can say that they do not possess any tube or passage through which they can send their hormones to the essential place in the body.

Thus the endocrine gland sends their secretions via the bloodstream which discharges into the interstitial spaces. Examples of Endocrine glands are the pituitary gland, adrenal gland, thyroid gland, hypothalamus, etc. 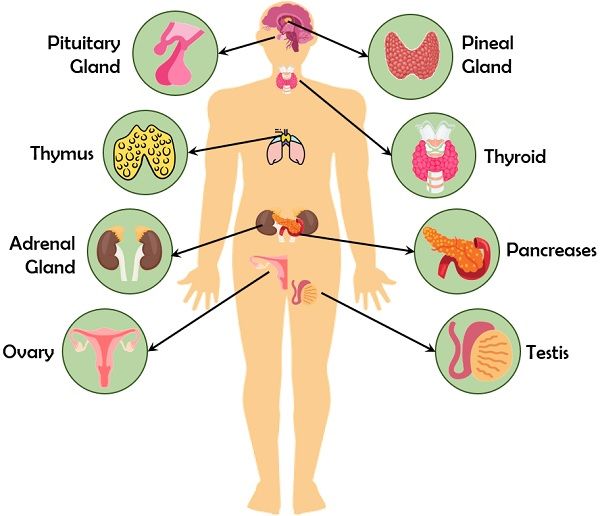 The endocrine gland shows a slow response, but its effect remains for the long term. It also functions in maintaining the homeostasis of the body by regulating and coordinating various activities. This may include functions like:

There can be the chances of occurrence of the disease when the hormonal level in the body gets disturbed. It can be due to stress, body unresponsiveness, infection, or certain imbalances. Some of the common diseases that occur due to hormonal imbalance are:

“Exo” means outside and “Crine” means to secrete, so Exocrine means to ‘To secrete outside‘. These glands have ducts and secrete substances like saliva, mucus, enzymes, sweat, etc.
Exocrine glands release their substances on the epithelial surface of the body. They are present on the target site or the place wherever needed in the body. 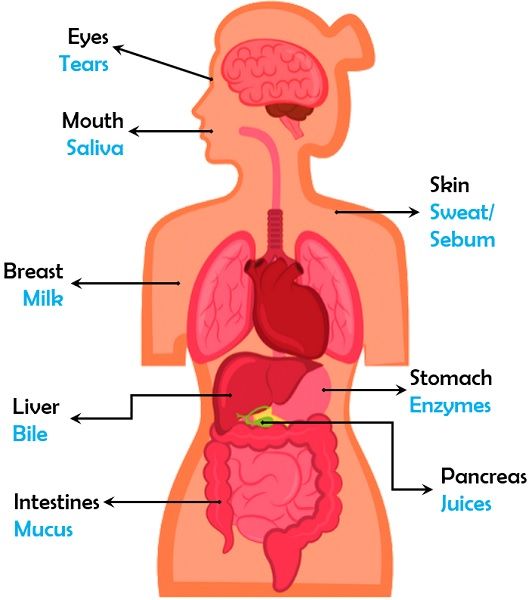 Exocrine glands respond quickly but not for an extended period. There are numerous medical conditions, which may be due to the ill effects of the exocrine glands. This may include:

Our body functions in the coordination, regulation, and control of the different cells, tissues, and organs present. They provide signals and work according to the needs of the body. In this article we look up the distinct aspects on which the two types of glands differ, we also came to know their importance in the human body.