Both gas and liquid chromatography serve the same purpose, i.e., separating the components of any mixture. But they vary greatly if we talk about their working mechanisms, components used and the required conditions.

The principle behind gas chromatography is that it uses, separates and analyses the compounds in their volatile or gaseous state. In contrast, the liquid chromatography technique separates the dissolved ions, particles or molecules in a liquid.

In analytical chemistry, people often get confused between these two important chromatographic techniques. Thus, here we aim to provide you with all the major differences between gas and liquid chromatography.


What is Gas Chromatography?

Gas chromatography is a very renowned technique in analytical chemistry used to separate and analyse the constituents of the compounds in their volatile state. 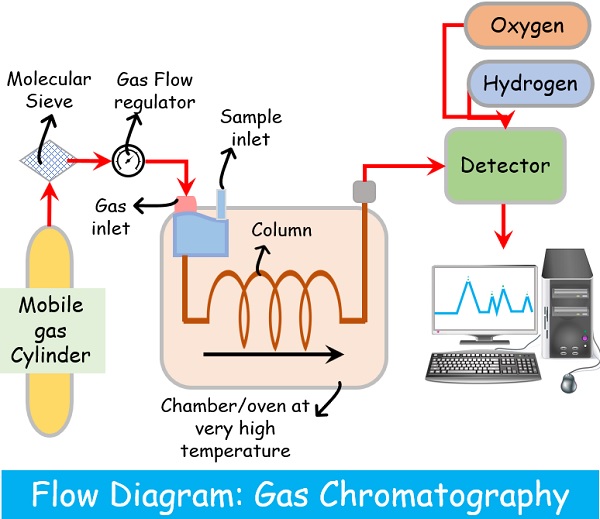 It is a long-tube-like coil that remains compactly arranged in a chamber. The column contains an adsorbent material that acts as the stationary phase for the chromatography.

There are two types of columns:

The sample should be volatile if you want to analyse it with gas chromatography. It can be either in gaseous or liquid form.
If it is in the liquid state, the sample needs to get converted into its vaporised form.

The sample used should be able to tolerate higher temperatures. Also, we should keep in mind the original nature and activity of the sample do not change during volatilisation.

The stationary phase provides the platform on which the molecules run. The inner walls of the column have the lining of adsorbent material that acts as a stationary phase.

Both liquids, as well as solid materials, can serve the role of the stationary phase. Moreover, the material used must be able to bear very high temperatures in the chamber or oven.

The gas used for the mobile phase is generally inert or unreactive by nature. This avoids any chemical activity between sample and gas or gas and stationary phase.

Mostly the analytical laboratories prefer helium or nitrogen gas for this purpose since the former is inert while the latter is unreactive.

This remain attached between the gas cylinder and the chamber. It filters out all the unwanted contaminations like hydrocarbons, oxygen or water content that could hamper the process.

There are several types of detectors present in gas chromatography like:

The sample to be separated is prepared by mixing with an appropriate volatile solvent such as heptane, acetone or methanol. The sample is injected into the injecting port.

The injection port temperature remains 20-50 degrees higher than the column. This allows the rapid volatilisation of the sample.

The mobile gas is then released into the column, and the sample starts.

The constituents separate according to their respective boiling points.

Detection of results in Gas chromatography

As soon as the samples run via column, the detector detects the elute. After it sends the signals to the computer to generate a peak.

They give a peak concerning the retention time of the sample.

The area under the peak gives information about the concentration of the sample. 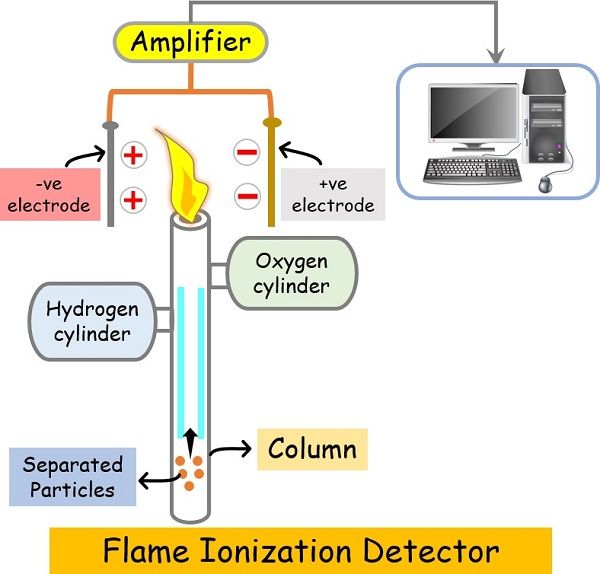 Suppose if we run three samples, 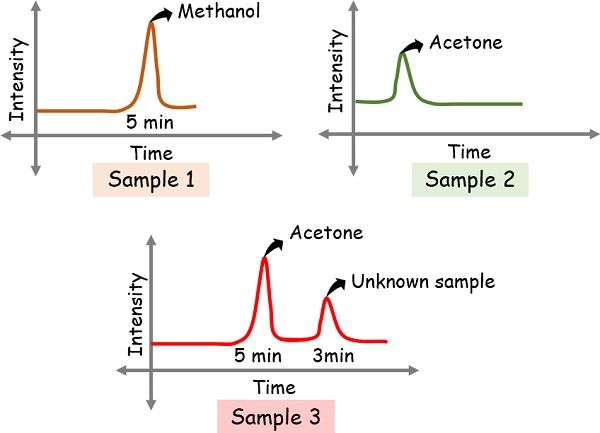 The peak in methanol came at 5 min while that of acetone came at 3 min.

So, when the unknown sample shows the peak at 5 min and 8 min, then it makes it confirms that the one obtained at 5 min is methanol. And, since the graph indicates no peak at 3 min, this indicates the absence of acetone.

What is Liquid Chromatography? 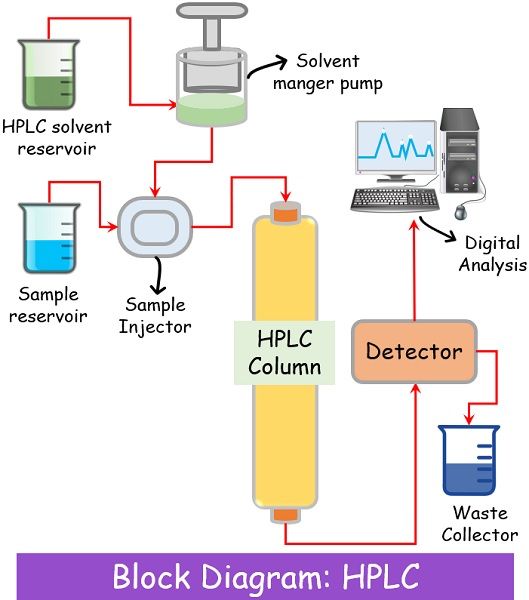 The working principle of Liquid chromatography or HPLC is that of others. The principle starts with equilibration, where the column is equilibrated with buffer followed by sample binding, wash, and ultimately elution.

There are two primary types of HPLC based on the polarity of stationary and mobile phases:

The column is tightly packed with small-sized (2 to 50 microns) adsorbing material. The columns have such a design that they can work efficiently under high-pressure conditions that can range from 50-350 bar. The material used for building the columns is quite sturdy so as to bear the high pressure. 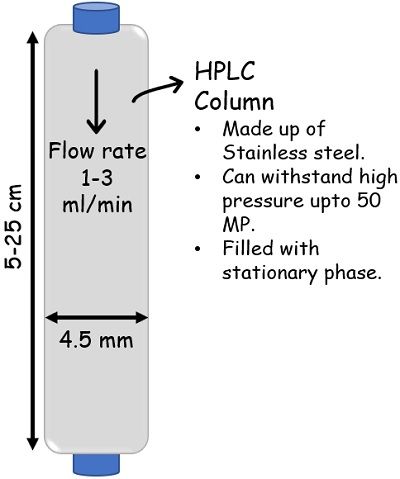 There are three varieties of a column:

Beads with smaller diameter results in improved separation with increased resolution. This is because it provides larger surface areas for the sample molecules to interact.

This technique uses a mixture of different solvents as a mobile phase.

The selection of the mobile phase depends on the type of sample you are separating.

There is a separate mobile reservoir to store the mobile phase liquid. This reservoir remains attached to a pump that pushes the mobile into the column with high pressure.

Like gas chromatography, different types of detectors remain attached at the end of the column for an analysis of the elute coming out.

Some common detectors are:

In order to detect the constituents of the sample, you need a standard reference to compare. Thus, the known samples are run for reference. 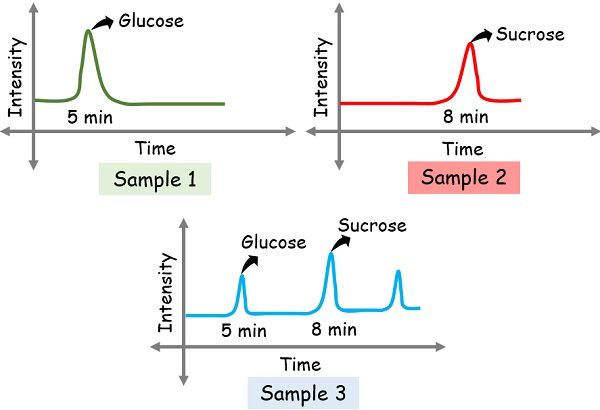 After running the unknown the peaks obtained at 5 min and 8 mins confirm the presence of glucose and sucrose respectively.

The post will provide the key differences between gas and liquid chromatography along with a detailed overview of their components, working mechanisms and detection.