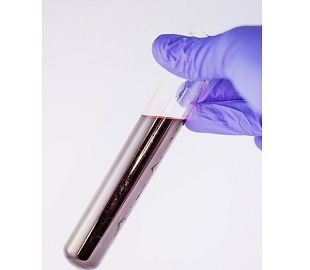 The fluid circulating in the body through arteries and veins is called as blood. It is an important part of the body’s immune system which supplies oxygen to the tissue and takes the carbon dioxide to get excreted.

The another important role of blood is to provide nutrients, hormones, electrolytes to the cell. Blood is composed of white blood cells, red blood cells, and platelets, floating in the liquid called the plasma. It is said that blood makes up the 8% of the total body weight.

So blood plays the role of connective tissue having the liquid matrix, carrying the cells and another liquid part. In the provided article we will discuss the difference between plasma and serum, and their functions.

Plasma is the liquid part of the blood where the components like hormones, cells, and nutrients float. More than half of the volume of the total blood is covered by plasma. It contains fibrinogen which is a clotting agent and helps in preventing excessive flow of blood in case of injury.

Functions: Plasma also contains proteins which are helpful in the transportation of materials through blood to various parts of the body such as glucose and other nutrients. Plasma helps in regulation of body temperature and in controlling the blood pressure.

The blood also used in the transfusion, especially in the case of hemophilia or other blood clotting disorders, burns, immunodeficiency. Plasma is separated from the blood, for the purpose of increasing the longevity up to years and can be easily carried from one place to another.

To understand directly- let’s perform an experiment – By taking a small amount of blood sample in a test tube, and we allow to centrifuge it for some time, but before going for the centrifugation, add an anti-coagulating agent like heparin or EDTA.

The components will be separated on the basis of their weight and density and will get divided into three parts, the lowermost part is known as RBC or red blood cells, which occupies the 45% of the total sample. About 1% layer above that is WBC or white blood cells and platelets, which is present just above the layer of RBC and the top most layer consist of plasma, which is more than half of the volume of the total blood sample .i.e., around 55% and is of yellow colour. 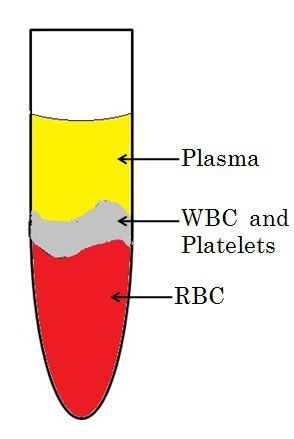 Basically, we are interested in plasma, that contains the 90% of water, 8% of proteins (albumin, globulin, and fibrinogen-clotting factor) and 2% regulatory proteins, electrolytes, nutrients, hormones, gases.

The most important thing is that we added before the centrifugation was the anticoagulant like heparin and EDTA, which is used to avoid clotting to get plasma in the liquid state.

Apart from plasma, there is an another constituent present in the blood called as serum. It is the fluid part of the blood and does not contain the blood clotting factor or blood cells. In fact, it is the resources for proteins, antigens, antibodies (IgG, IgM, IgE, IgD, IgA), electrolytes and hormones. It is helpful in diagnosing the diseases such as cholesterol, sugar, blood pressure, etc., and also in blood typing.

The serum is obtained from the same above experiment, described above for obtaining plasma, but if we do not add any anticoagulant and allowed the blood to clot, by keeping it for 30 mints after centrifugation. The upper layer which is obtained is serum, and the layer which got settled at the bottom is the clotted blood. 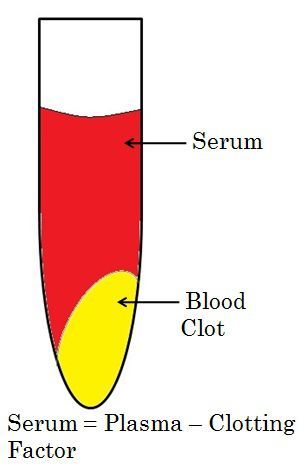 Most importantly all the components of the blood are same as that of plasma like the water, electrolytes, nutrients, vitamins, nutrients, hormones, gases but it devoid of the fibrinogen. This is the primary factor which distinguishes them.

Key Differences Between Plasma and Serum

We can say that blood which is one of the most important parts of the body and helps in transportation of nutrients, hormones, gases, vitamins, etc. and thus connecting each section. The blood contains three important components like – plasma, white blood, and red blood cells. We discuss the fundamental difference between the plasma and serum and how can be they separated. We also consider their uses and importance.