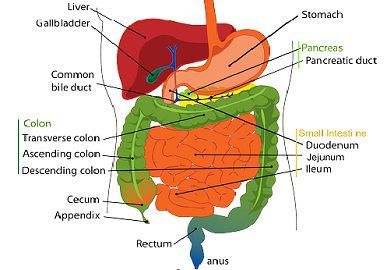 The Small intestine also is known as Small Bowel, which is around 20 feet long while Large intestine which is also called colon or Large bowel, is only 1.5 m long in size. Being the part of our digestive system, they differ in their structure as well in their functions too.

The small intestine is called small because of its small diameter which is around 3.4-4.5 cm broad only, as compared to the large intestine, which is 4-6 cm broad.

Both the tubes are interconnected, as well important components of the digestive system, but they can be differentiated in many ways, in the given article we will be discussing the general differences between small and large intestine.

The small intestine has the narrowest diameter of all the parts of the alimentary canal, though it is the longest one which measures around 4.5 to 7 m in the length. It is located between large intestine and stomach. This tube kind of structure is coiled in the abdomen. Internally it has two in growths, circular folds or palicae circulares and villi (microscopic finger-like projection).

These villi help in increasing the surface area for absorbing the maximum nutrients available. In this part, the food remains for a longer duration for the purpose of digestion and absorption, as due to the presence of circular folds, the movement of food slows down through the intestine. 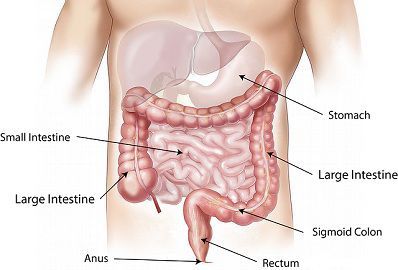 The small intestine is divided into three parts which are duodenum, jejunum, and ileum. Duodenum starts from the end of the stomach, it has a small opening through biliary system and pancreas which helps in breaking down of proteins and fats, as well allows digestive secretion to flow into it. Duodenum is considered as smallest part among the three. The middle part of small intestine is the jejunum.

The villi absorb all the digested products, present in the jejunum. The ileum is the third and last part of small intestine, which ends into the large intestine, it helps in absorbing the remaining nutrients, vitamins (especially B12 ) and bile salts.

Colon consists of four parts namely ascending colon, transverse colon, descending colon and sigmoid colon. It absorbs water and salts from the digested products and stores remaining product as feces. As large intestine does not contain villi, it does not have the capacity to absorb nutrients. Caecum has an attachment to a vestigial organ called as ‘Appendix’. 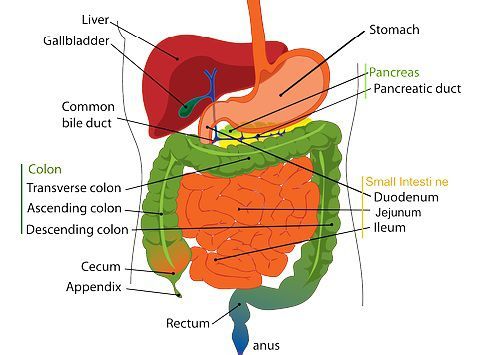 Microflora (benign bacteria) which is present in the large intestine, helps in the production of vitamins such as vitamin B2, vitamin B1, vitamin K, vitamin B12. The Large intestine has taeniae Coli, which are the longitudinal muscles, it starts from the appendix base and extends up to the rectum. Bulges kind of structure is also present called as hastura, which are the contraction of taeniae coli.

Though both are the interconnected and important parts of the digestive system, they differ in their functions and structure, following are the key differences between the both:

The long-running tubes right from the stomach to the anus is called intestine. Their main function is to absorb the nutrients, water, and electrolytes from the food. The intestine is divided into the small intestine, long intestine, and rectum. These are the main parts of the digestive system, as the main function i.e. absorption of nutrients takes place here along with defecation process from the food we eat.

So we can say that these tubes are the kind of appendages plays very important role in the digestion of food, in absorbing the important nutrient, electrolytes as well water and also in eliminating the waste products. Though both differ in their function as well as in structure but works coordinately to keep the body fit and functional.