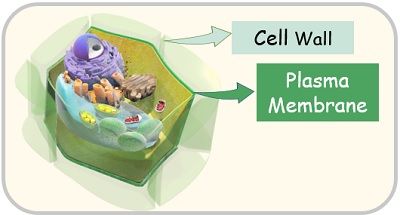 The plasma membrane is the outermost covering of animal cells that separates the internal cellular environment from the external. But the cell wall serves the role of the outer protective layer in plant, bacterial and fungal cells.

The plasma membrane is a semi-permeable layer that allows only some selective substances to pass through it. It is a thin, delicate and flexible layer with a thickness ranging from 5-10 nm.

While the cell wall is fully permeable, it permits most of the elements to enter the cell. The plasma membrane is metabolically active, but the cell wall is not. It is a comparatively thick and rigid layer, with 4-20 µm of thickness.

The following content will illustrate the key differences between the plasma membrane and cell wall.


What is Plasma Membrane?

We often refer to the plasma membrane as Cell Membrane or Plasma Lemma. It is present in all kinds of cells as a flexible outer layer maintains the cell body’s proper shape.

The cell membrane is semi-permeable in nature. Thus, it allows only some selective molecules to pass through it and enter the cell. You can assume it as a gatekeeper that keeps the check on the individuals coming in and out. For this reason, it is responsible for controlling the traffic of the molecules inside the cell.

The primary components of the cell membrane are proteins and lipids. Their ratio varies depending upon the function of that specific cell.

There are three types of classes of amphipathic lipids present in the cell membrane structure.

Among the above, phospholipids are most abundantly found. Whereas the cholesterol remains dispersed throughout the animal cell. Also, the liposomes stay in the cell membrane; they are enclosed in circular pockets by a lipid bilayer. Proteins were positive and alive in time. 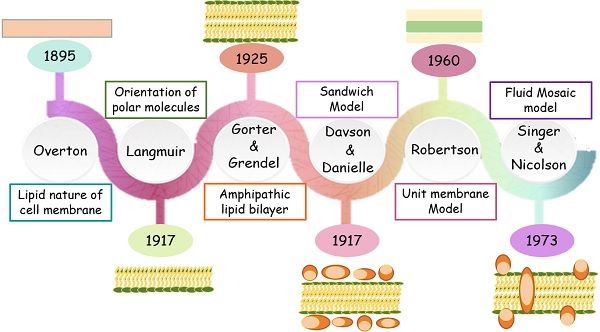 After so much research, the model presented by S.J. Singer and Garth L. Nicolson in 1972 is the most widely accepted and popular one. It is named the “Fluid mosaic model” as it portrays the cell membrane’s mosaic pattern consisting of a phospholipid bilayer embedded with several proteins.

Why is it called a Plasma membrane?

The cell contains plasma, i.e. protoplasm, which is a semifluid living matter in which the cell organelles remain submerged. A cell membrane is a multifaceted membrane that envelops this cellular plasma. Thus, it is referred to as the Plasma membrane.

What are the functions of the Cell Membrane?

The plasma membrane performs many tasks simultaneously to continue and maintain the optimal functioning of a cell. The following are some common functions that the cell membrane carries out:

What is Cell Wall?

There is an additional layering on top of the plasma membrane in certain cells. This upper layer is nothing but the Cell wall. 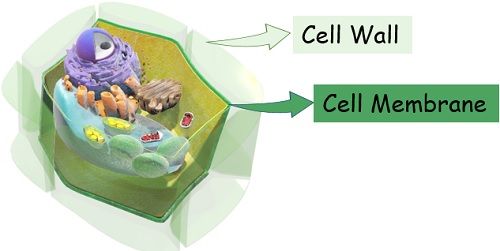 The cell wall imparts rigidity, strength and shape to the cell. It also protects the internal delicate cellular components from the external environment as well as mechanical jerks.

We can define it as “A non-living rigid outermost covering that maintains the structural integrity of cell“.

Note: “The scientist named Robert Hooke was the first to observe the cell wall in the bark cells of a tree.”

The thickness of the cell wall may vary in different types of cells. It may range from 0.1 to 10 mm as per the location and the respective function of a cell.

Generalised structure of the Cell wall

You can assume that if a cell is like a delicate balloon with a thin lining, then the cell wall is the cardboard box surrounding the balloon shielding it from any external harm. 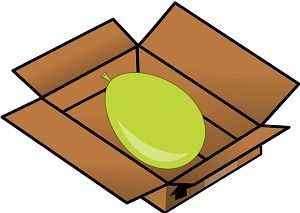 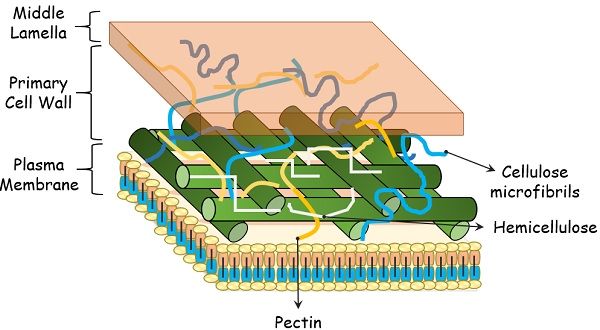 The cell wall is made up of different chemical components in plants.

The chemical composition of the cell wall differs in plants, bacterial and fungal cells.

Mainly it is made from chitin, cellulose, glucans etc. Sometimes it also possesses minerals like calcium carbonate.

From the above discussion, we conclude that both the layers of the cell provide protection, rigidity, and shape to the cell, though their composition is different their presence is worthy, as they protect the cell.