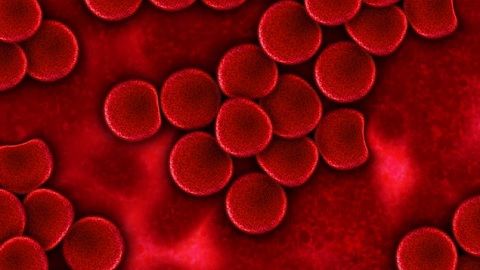 The primary difference between them is the mechanism of immunity, where the Humoral immunity produces antibodies against the antigens which are present outside the infected cells or free circulating in the blood. Cell-mediated immunity works inside the infected cells, where it destroyed the pathogens or microorganisms by the process of lysis by the releasing cytokines.

Humoral immunity shows quick response against the pathogens, while cell-mediated immunity is slow in action. Both the type are part of the adaptive immune system. Our immune system provides the protection and resistance against the infectious disease, which is offered by the host cell present in the body.

The immune system has complex networks of the molecules, cells and their interactions are designed to eradicate the infectious organisms from the body. Immunity or immune system is divided into two types – innate (non-specific) and acquired or adaptive (specific) immunity.

The innate immunity works as defensive barriers and represents the capability of the organisms to protect against any disease. On the other hand, the acquired immunity represents the most potent line of defense mechanisms in the body, which is known for identifying and destroying the specific pathogens or any foreign particles which are harmful to the body.

The acquired or adaptive immunity display four major characteristics, like Recognition diversity; Immunological memory; Antigen specificity; and Discrimination among self and non-self.

In this content, we will be studying the Humoral and the cell-mediated immunity, which is the part of the adaptive or acquired immunity. We will also focus on the points on which these terms distinguish, with a brief summary.

Humoral immune response or antibody-mediated response is associated with the B cells, where the role of these cells (B cells) is to identify the antigens or any foreign particle that are present in the circulation in blood or lymph. This immune response is also assisted with helper T cells which along with the B cells get differentiated into plasma B cells that can produce antibodies.

As soon as B cells produce antibodies, they will bind to an antigen; neutralize them and causes phagocytosis or cell lysis (destruction of the cells). The antigen is the foreign particle, which is usually a carbohydrate or a protein that triggers an immune response, but above that our body has tremendous capability to identify the antigens.

Any kind exposure of antigens leads to the development of secondary immunological response which increases the level of the immune response. The immunoglobulins or antibodies mediate the humoral immunity, these are a particular group of proteins produced by the B-lymphocytes.

This following points can explain the eventual process:

T lymphocytes assist the Cell-mediated immunity or cellular immunity. In this type, cytokines have released that help to activate the T cells which further destroys the infected cell. Likewise the B cells, T cells originate in bone marrow but matures in the thymus and later gets circulate in the bloodstream and lymphoid tissue.

The antigen present on the surface of the antigen-presenting cells (APCs) with the abnormal Major Histocompatibility Complex (MHC) proteins. Abnormal or aberrant MHC molecules are formed from the antigens which have been destroyed or broken down or from any infected virus (exogenous antigens) or the from tumour cells that are actively producing foreign proteins (endogenous antigens).

Now helper T-cells release the cytokines, that will activate the T cells, which will recognize the aberrant MHC-antigen complex and will bind to it and differentiate into cytotoxic T cell. After this cell will undergo lysis (cell destruction).

This following points can explain the eventual process:

Following are the main points which display the difference between the humoral and the cell-mediated immunity:

From the above content, we came to know about the few though critical differences between the two types of the active immune system which are a humoral and cell-mediated immune response. We concluded that both the types of immunity differ in the process of destroying the pathogens, where antigens specific antibodies are produced rapidly against the antigens, while in cell-mediated immunity the pathogens are destroyed through cell lysis.