RBC or Red blood cells play the vital role in carrying oxygen to the tissues of different parts of the body. Conversely WBC or White blood cells help in the defense mechanism of the body by creating antibodies. Secondly, RBC contains hemoglobin, which gives the red color to the blood and occupies around 45-50% of the total volume of the blood, while WBC is colorless, due to the absence of hemoglobin in them and comprises only 1% of the total volume of the blood.

Red blood cells, White blood cells, and Platelets accounts for the major portion of the blood. Together they make up more than 45% of the blood tissues; the plasma occupies the another 55%. Three main functions of the blood are protection, transportation, and regulation. They transport gases like oxygen, carbon dioxide, and provides nutrients to different parts of the body.

Blood also carries hormones from the gland where they are produced to the site where they are needed; it also regulates the body’s temperature. In this article, we will discuss the important difference between RBC and WBC.

The blood cells that carry oxygen to different parts of the body is called as RBC. Red blood cells (RBC) also known as erythrocytes provides red color to the blood as it contains hemoglobin iron-rich protein which binds with oxygen and is red. RBC are round, small and biconcave in shape in mature human, though it appears to be bell shape when it passes through the small vessels due to the flexibility of the cell.

RBC is covered by a membrane composed of proteins and lipids, and they are anucleated (does not have the nucleus). The cells lack other organelles too, to provide maximum space for the hemoglobin. RBC is developed in bone marrow (inside the bones) which are produced at the rate 2.4 million in just one second in normal human adults. These new erythrocytes circulate for around 120 days in the body, and after that, the process of macrophages recycles their components. Red blood cells encompass around 36%-50% of the total blood of the body.

The principal function of RBC is to carry oxygen from the gills or lungs to the body’s tissue with the blood flow through the circulatory system.It also carries carbon dioxide and other waste product to the lungs, from where they are excreted. The biconcave shape of the cells allows the exchange of the oxygen over the maximum possible area at a constant rate.

Lack of iron or vitamins in the diet may result in the problems related with the RBC, though some are also inherited. Erythrocyte count is the test performed by the health care professionals to check the number of RBC in the blood. Illness or diseases related to RBC are anemia-which can be of many kinds, and in this case counting of number RBC get decline and due to which the supply of oxygen is also insufficient throughout the body. In this case, the shape of the RBC becomes irregular. The different types of anemia include sickle-cell anemia, iron-deficiency anemia, normocytic anemia, hemolytic anemia and fan-conic anemia.

Irregular heartbeats, pale skin, tiredness, feeling cold, joint pain, are the common symptoms noticed in the person suffering from anemia.The food we eat should be rich in iron and vitamins to maintain the health and the counts of RBC in the blood. So the food like green vegetables, nuts, seeds, avocado, eggs, whole grains, bananas, orange, mango, etc. should be taken in the higher amount.

White blood cells (WBC) or leucocytes or leukocytes or white corpuscles plays the significant role in protecting the body against any infectious agent. WBC lacks hemoglobin, and so they are colorless pigment. They are found in lymphatic as well as in circulatory system. They derived from the hematopoietic stem cells which are the multipotent cells of the bone marrow. WBC are present within the tissues and sometimes in the circulation also. 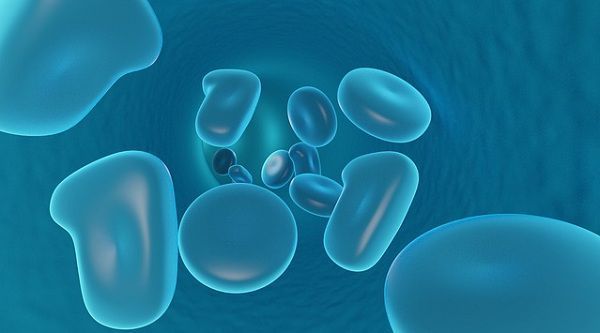 The cells are motile and contain a nucleus, which is absent in RBC. These cells protect the body by digesting the foreign materials and destroying the cancer cells, infecting agents or by producing the antibodies. Normally healthy human has 4,500-11,00 cells per cubic mm of blood.

Leukocytosis is the abnormal increase in the number of WBC while leukopenia is the abnormal decrease in WBC. When observed under the light microscope, white cells are classified as lymphocytes, granulocytes, and monocytes, and they perform different functions too. Lymphocytes are further divided into B cells and T cells.

Neutrophils: They are the first line of defense when any infection occurs. They are most numerous type of white blood cells and can kill and digest fungi and bacteria.

Monocytes: Among all white blood cells, they have a longer life and also helps in breaking down the bacteria.

Lymphocytes: They produce antibodies and invade the virus, bacteria and other harmful microorganisms.

Basophils: These cells produce a chemical called histamine, they regulate the body’s immune system and also act as the marker in allergic disease and invade the infectious agents.

The changes in the number of counts in WBC will result in different kinds of disease, as the low count of WBC may be due to less response of the bone marrow in the production of WBC or when any infecting agent destroying the cells more quickly than the body can restore them. As soon as the count of the WBC decline, the person gets susceptible to any infection or illness and result in a decline of the health.

Diseases which occur due to the low or high count of WBC are infections, cancer, myelodysplastic syndrome, weak immune system, myeloproliferative disorder, medicines. The common symptoms include stress can be physical or emotional, inflammation.

Coming points are the substantial differences between RBC and WBC:

The Red blood cells count the important part of the blood, and it shows that how much effectively the tissues of the body receive the oxygen through these cells. The RBC count should never be too high or too low, but certain medical conditions, treatments and dietary habits can affect them. The White blood cells are also the essential part of the blood which helps in invading the infectious agent from the body. The WBC count also matters as the fluctuation in the number of either high or low will result in disturbance of the immune system.