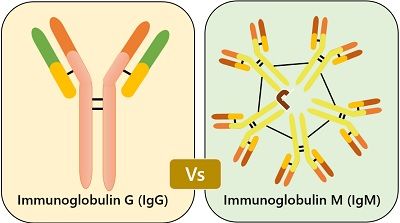 The immunoglobulins are glycoproteins that identify and bind to the specific epitope of an antigen. They aid the clearance of the foreign pathogenic antigen from the human body. Both IgM and IgG are significant immunoglobulins in our healthy immune system.

As soon as any foreign antigen encounters the body, the production of IgM immediately starts. It is the first type of immunoglobulin generated after disease exposure. Thus, their presence in the blood confirms the existence of infection in the body.

But they are very short-lived and temporary and get dissolved after some weeks of exposure.

On the other hand, the IgG are generated as a delayed response. The body generates them in later stages of infection after asserting the antigenic properties. It is the most abundantly found antibody in the blood. It acts as an effective fighter that defends the body during the secondary immune response.

They survive in the bloodstream for a longer duration of time, unlike IgM.

In this context, we will study the differences between the structure and functions of IgM and IgG.

What is Immunoglobulin G or IgG?

IgG is the most commonly found immunoglobulin in our body. It constitutes around 80% of the total antibody concentration in blood serum. Our body produces them in the later stages of the infection. And thus, it is a part of the secondary or delayed immune response.

The B-cells also manufacture IgG. Thus, at the time of their production, B-cells have to undergo class switching. For this reason, it takes time for B-cells to generate IgG.

Immunoglobulin G is a giant globular proteinaceous molecule with an average weight of 150 kDa. It has a tetrameric quaternary structure that consists of four peptide chains-
two heavy and two light. Two of the heavy γ (gamma) chains (50 kDa) are identical. And two similar light chains (25 kDa). 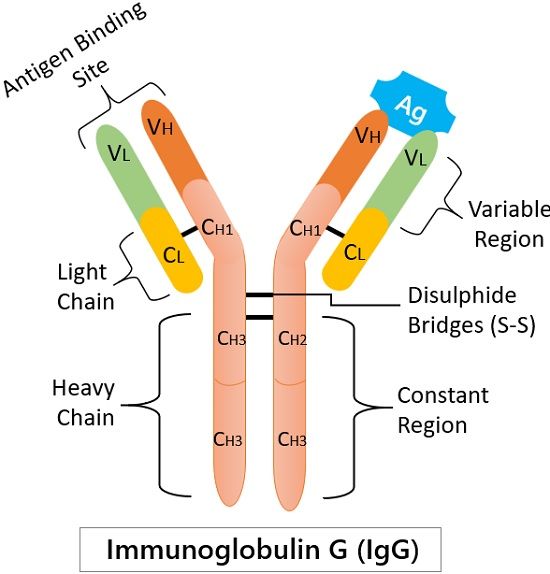 Heavy and light chains link with the disulphide bridging. Due to this, the resulting tetramer generates a Y-shaped structure having two identical halves.

We can divide the IgG molecule into two central regions based on their functioning:

1. Antigen Binding site or region: It is the place where the antigen comes and binds.

2. Constant region (Fc region): It is the stem portion of a Y-shaped structure. The Fc receptors of macrophages and neutrophils recognise this region.

Although all four classes of IgG are 95% similar, the hinge region in all four subclasses is different. This difference provides them with their distinctive biological properties.

IgG plays a most significant role in almost every kind of immune response produced by our body. It actively performs its role in reactions like neutralisation, complement fixation and opsonisation.

IgG coats the pathogenic antigens to make them look more appetising for phagocytic cells. This process is referred to as opsonisation. This process attracts the macrophages and neutrophils to eat the foreign antigen. 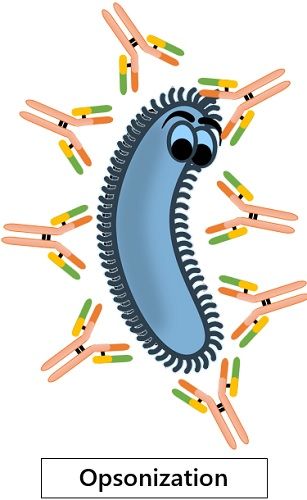 Generally, the pathogen freely floats and circulates around the body. At that time, they remain unnoticeable to the phagocytic cells. Thus, the IgG gets attached to these antigens and thoroughly coats them. This accumulation of IgG signals the phagocytes to reach and eat the antigen.

One of the major roles of IgG is to fix complement. This means to attract the complement proteins to come and bind to it. This induces the classical complement pathways.

The complement system is essential as it is one of the prominent ways by which our body kills pathogens. Here, the IgG marks the foreign antigens that culminate its killing by pocking holes in their membrane. 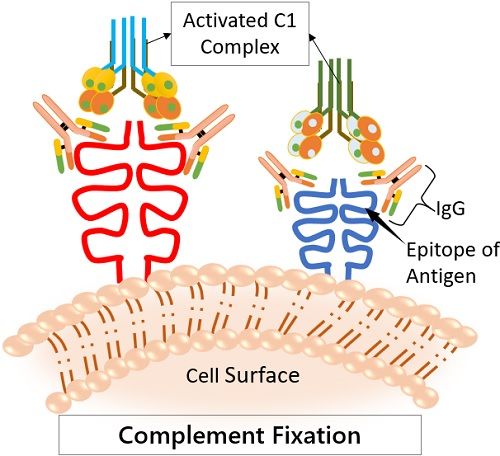 · Neutralisation of toxins and viruses

IgG directly neutralises the antigens on the pathogenic surface. IgG binds to the active site of the pathogen and covers it completely. This makes it harder for them to infect cells or cause any harm.

This process is different from simply flagging the pathogens like in opsonisation. Here, the IgG antibodies directly tackle the pathogens without seeking help. 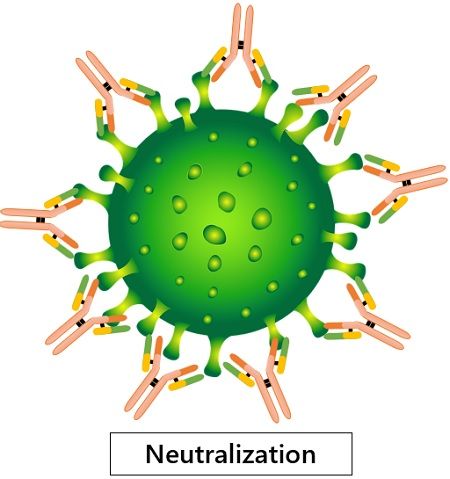 The IgG has four major classes based on their γ chains. The subclasses are as follows:

These four classes are 95% similar to each other. Minor differences are present in the constant Fc regions at the stem. They subtly vary due to the size of the hinge section and by the number of disulphide linkages among the heavy chains.

What is Immunoglobulin M or IgM?

Immunoglobulin M or IgM is the largest antibody produced by our body. As the pathogenic antigen gets introduced inside the body, the production of these antibodies instantly begins. Thus, IgM plays a significant part during the initial stage of encounter and infection. Their generation through plasma B cells is considered the first-line immune response of the body.

The IgM manufactured as an outcome of infection are immune IgM antibodies. But we also have natural antibodies that keep on circulation in the blood flow. These antibodies decrease inflammatory reactions and prevent autoimmunity.

As the infection begins and pathogenesis rises, the level of IgM is increased too. It keeps on increasing until the secondary immune response is generated in the form of IgG. During the later phase of infection, as the concentration of IgG increases, the level of IgM automatically start to decrease.

Based on the sedimentation velocity and electron micrographs, IgM antibody is inferred as a polymer of five; four-peptide subunits. That means it forms a pentameric structure having five monomers. The disulphide bonding links these monomers together at the C-terminal of the heavy chain.

Each monomer comprises a light and heavy chain. The light chain has around 220 amino acids. And is divided into two domains- variable or VL domain (110 amino acids) and constant or CL domain (100 amino acids).

The polymerisation of the monomeric subunit depends on the presence of the J chain. This short-chain (~137 amino acids) couples two heavy chains with disulphide bridging. 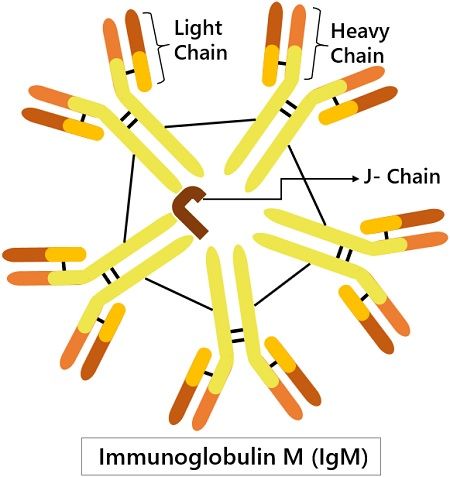 What does a low level of IgM indicate?

The IgM antibodies freely circulate even in the absence of infection. And as the pathogen encounters, their concentration exponentially rises. But if the IgG level is lower than the average count in our body, this indicates the dysfunctioning of our immune system. This makes our body more susceptible to diseases.

What does High-level of IgM indicate?

There are two types of IgM produced by our body- natural and immune. The natural exist in the blood serum defending the body against infections. But the immune IgM are generated only after the intrusion of any foreign antigen.

Key Differences Between IgM and IgG

Following are the key differences between IgM and IgG:

Immunoglobulin (Ig) or Antibodies are the proteins produced in B-lymphocytes, to fight against any infections, there is five kind of antibodies, and all plays a vital role in fighting diseases and are very specific to these antigens, these antibodies are of different size, having light and heavy chains.

IgM is the first antibody to fight against, and attack of viruses or bacteria whereas IgG reacts later but help in the permanent eradication of antigens by enhancing phagocytosis or opsonization.