The fatty acids are of two prime types: saturated and unsaturated. A healthy body requires both of them for the optimal functioning of the body. There are certain aspects like their structure, sources, state etc., that make them totally different from each other.

Nutritionists’ recommendation for consuming saturated and unsaturated fatty acids is around 10% and 30% of our daily calorie intake.

The saturated fatty acids are generally solid and don’t get spoiled easily. Whereas unsaturated fats are liquids at room temperature, and they spoil quickly.

In this section, we will know more about the differences between saturated and unsaturated fatty acids.

As per the findings of Harvard Medical School, fats make a crucial part of a balanced and healthy diet. They significantly contribute to the taste and texture of the food. For instance, the smoothness of guacamole or flakiness of a croissant.

The fats comprise 3 carbon backbones named glycerol and fatty acid chains. When an OH molecule of glycerol binds to the H atom of fatty acid, it releases an H2O molecule.

If the water molecule releases once it generates a monoglyceride. While if it occurs more than once, it is a polyglyceride. 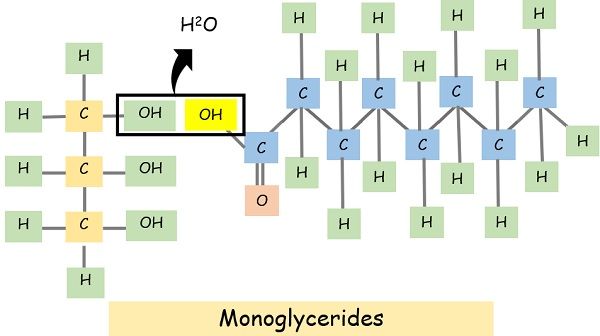 The formation of diglycerides attaches two fatty chains to glycerol with the removal of two water molecules. 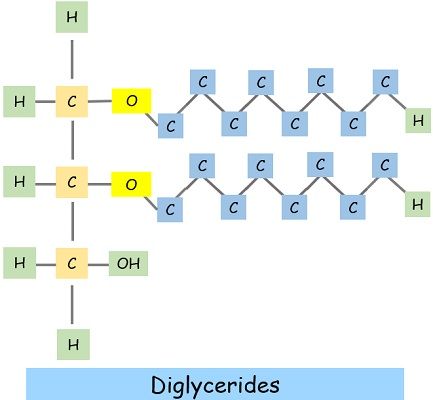 Similarly, for the formation of triglyceride, three water molecules move out. And three fatty acid chain link to the glycerol. 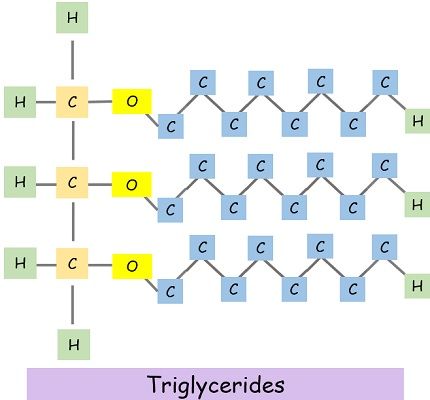 Also, they are responsible for executing several metabolic roles in our bodies. Such as:

What are Saturated Fatty Acids?

Saturated fatty acids have the simplest structural configurations among other fats. This simplicity is due to the absence of any double bond or branching.

These fatty acids have only single bonds between their carbon atoms. They are completely saturated by the maximum number of hydrogen atoms. Because of this hydrogen saturation and lack of a double bond, there remains no place for any further interaction. Thus, they cannot accept or absorb more of hydrogen atoms.

The triglycerides with saturated bonds are generally straight and linear. Thus, they tend to pack together very well. Due to this compact packaging, they are solids at room temperature. 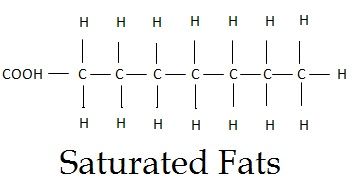 We can define them as “A linear chain of CH2 molecules combined with a C-C single bond and the carboxylic group at the terminal end”.

Some Examples of Saturated Fatty Acids 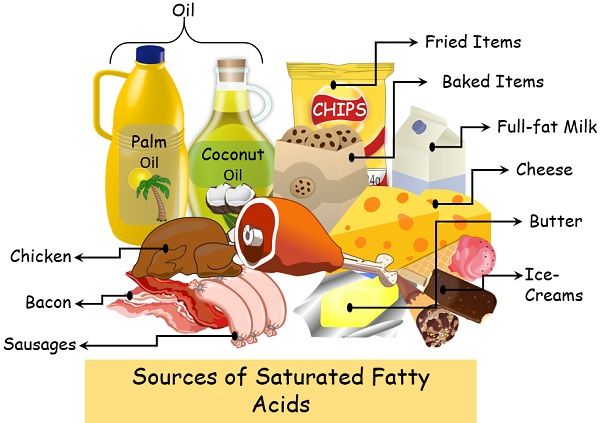 You can find saturated fatty acids in the food items like:

Our Body and Saturated Fatty Acids

Our body needs around 5-10% of the saturated fats in a balanced diet. As per the American Heart Association studies, the amount taken more than this recommended value can severely hamper your cardiovascular system.

They actually are responsible for raising the level of bad cholesterol in our body, which gets deposited in the form of plaque in the arteries.

The bad cholesterol is nothing but LDH, i.e., low-density lipoproteins. This LDH builds up the risk of getting a cardiac disease or type 2 diabetes.

According to the findings of our National Institute of Health, the source of saturation decide the level of risk they impose. For instance, in one of their findings, they found that the saturated fats in dairy products decreased the health hazards. Whereas those which were found in the animal meat enhanced the health risk.

Also, these saturated fats form fat storage beneath the skin by the body due to their solid nature.

What are Unsaturated Fatty Acids?

As the name suggests, they are unsaturated or not fully saturated by hydrogen atoms. These are the most complex form of fatty acids due to the presence of the C-C double bond and bending and branching of the fatty acid chain.

In unsaturated fatty acids, the carbons, instead of binding to the maximum number of the hydrogen, they bind to each other, giving rise to a double bond at some places.

There are two fewer hydrogen atoms at the site of every double bond. The presence of the double bond leads to the kink in the fatty acid chain. Because of this kink, they don’t have a linear structure, and thus, they don’t pack smoothly together.

Due to this uneven packaging, unsaturated fats are mainly in the fluid state at room temperature. 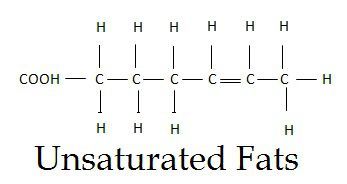 We can define unsaturated fats as” An intricate and branched hydrocarbon chain containing one or more C-C double bonds with a carboxylic acid at the terminal end”. 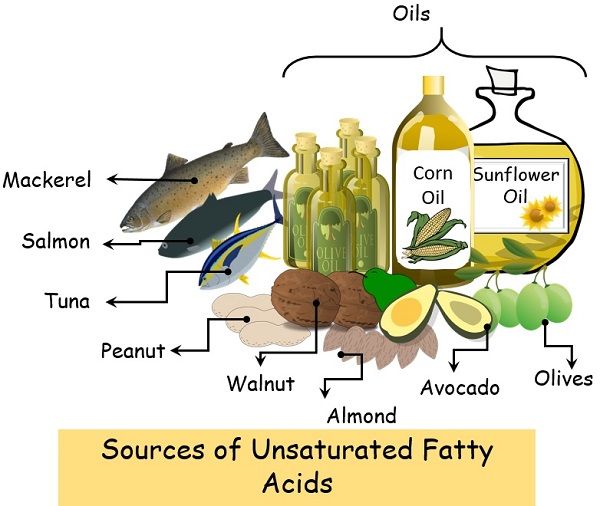 The following is the list of some food items that are a rich source of unsaturated fatty acids:

On the basis degree of saturation

The unsaturated fats are of two types based on the number of the double bonds present:

On the basis of the Position of the double bond

Another name for methyl end is omega. The chain Omega 1,2,3 etc. are based on the location of the double bond.

Some noteworthy examples of omega fatty acids are:

For instance, if the double bond is at the 3rd carbon atom, the fatty acid name will omega-3.

Similarly, if the double bond comes at the 6th place from the Omega end, it is an Omega 6 fatty acid.

On the basis of the conformation of the double bond

According to the orientation of the functional group, there are two categories: Cis and Trans.

As these fats are not porous at all, thus they lack the fluidity, ability of transportation, cellular signalling etc.

Our body and Unsaturated fatty acid

Our body requires around 25-30% of the unsaturated fatty acids from our daily diet. These fatty acids are healthier than that of saturated ones.

The only exception to this is trans fats. They tend to be the unhealthiest fatty acids among all. As they exponentially elevate the LDH value leading to the severe blockage of the arteries. They also burn or lower down the level of good cholesterol already existing in our bodies.

These are dominantly found in junk foods where the cooking oil is used repeatedly. Due to the excessive burning of the oil for several times, the cis fats also get converted into harmful trans fats.

From the above description and differences, we conclude that not all fats are bad and are meant to obese us. Though we need some specific amount in our daily diet, one should know the goods and the bads of them and their effects on health. As saturated fats increase the level of cholesterol in the blood, also clogs the arteries which raise the chances of attacks or stroke. But unsaturated fats may protect the heart, and its consumption can give a better and healthy life.