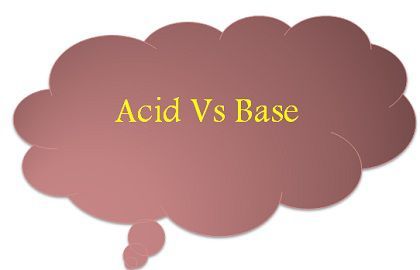 Acids and Bases are one of the most important parts of chemistry, but also play their significant role in another field of science. There are many definitions which differentiate the substances as acid and base, but the most accepted are the Arrhenius theory, Bronsted-Lowry theory and the Lewis theory of acid/base. Together acids and bases react to form salts.

Acids and Bases are everywhere, right from the soaps used during the shower to the citric acid or vinegar present in the kitchen. Though it is sometimes difficult to distinguish between them and so to check them, certain theories were provided which are discussed below along with brief description.

The word acid derived from the latin word ‘acids’ or ‘acere’, which means “sour”. An acid is the chemical substances that accept electrons and donates hydrogen ions or protons. Most acids containing hydrogen bonded atoms dissociate to give cation and anion in water.

Acidity is measured by the presence of some hydrogen ions, so higher the hydrogen ions concentration, the higher is the acidity and the lower the pH of the solutions. It is measured in scale between 1-7 (7 is neutral ) in pH meter scale. 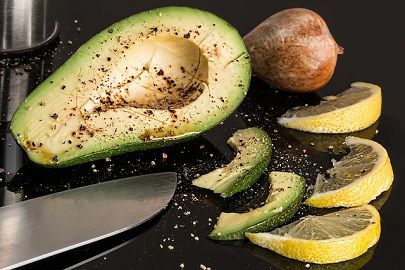 Mainly acids are defined in many ways, but Arrhenius or Bronsted-Lowry acid is acceptable. Although Lewis acid is called as “Lewis acid”, as these definitions do not include the same set of molecules.

Arrhenius Concept – It can be defined as the substance when added to water, increases the concentration of hydrogen ion (H+) is called an acid.

Bronsted-Lowry Concept – In this, the acid is said to be as the proton donor. This theory defines the substances, without dissolving in water and so it is widely used and accepted.

Lewis acid – There are certain compounds which do not contain hydrogen atom, but qualify as acid like boron trifluoride, aluminum trichloride. So such compound which accepts the electron pair to form a covalent bond is called as Lewis acid.

Biologically nucleic acids such as DNA (Deoxy ribonucleic acids) and RNA (Ribonucleic acids) contain the genetic information and other are heredity material which is transferred from one generation to another. Even the amino acids are of great of great importance as they help in making proteins. Fatty acids and its derivatives are the groups of carboxylic acids also play a significant role.

Even the hydrochloric acids, which is the part of gastric acid secreted in a stomach of animals helps in hydrolyzing proteins and polysaccharides. Acids are also helpful by acting in defense mechanism like in ants which produce formic acid, while octopi produce a black acid called as melanin.

Other acids like lactic acid, vinegar, sulfuric acid, citric acid are found in nature are known for their different and important uses.

Bases donate electrons and accept hydrogen ions or protons. Bases can be said as the chemical just opposite to that of acid, as in water the role of the base is to reduce the concentration of hydronium (H3O+) ion while acid act in increasing the concentration. Although it is seen that some strong acids serve as bases also. Bases are measured between the 7-14 range in pH meter scale.

However, there is a lot of confusion between bases and alkalis. Many bases do not dissolve in water, but if a base dissolves in water, it is called an alkali. When in an aqueous solution a base reacts with an acid and the solution becomes neutral, it is called neutralization reaction.

A strong base is a chemical compound that gets deprotonated or removes a proton (H+) from a molecule of a very weak acid in an acid-base reaction. Hydroxides of alkali metals and alkaline earth metals like Sodium hydroxide and Calcium hydroxide respectively are the examples of the strong base. The weak base is the substance that does not ionize completely in an aqueous solution, or their protonation is incomplete.

Arrhenius Concept – The substance which produces hydroxide ions (OH–) in an aqueous solution is called as the base. For example, sodium hydroxide (NaOH) dissociates in water and gives Na+and OH– ions. Such substances like LiOH, Ba(OH)2, NaOH can be said as Arrhenius base. But this theory was limited to the substances which contain hydroxide in their formula and was applicable in the aqueous solutions only. Due to this another concept called as Bronsted-Lowry theory came into existence.

Bronsted-Lowry Concept – According to this theory, a substance that can accept hydrogen ions (H+) or protons is known as the base.

Lewis Base – One of the most widely accepted concept, after the Bronsted-Lowry concept of acids and bases. An atom, molecule or an ion with a lone-pair of electrons can be said as Lewis base as these bases are Nucleophilic. It means with the help of lone pair they attack the positive charge of the molecule. NH3 is a Lewis base. In other words, we can say that substance like OH– ion, that can donate a couple of nonbonding electrons are said as Lewis base or electron-pair donor.

Bases (Sodium hydroxide) are used in manufacturing paper, soap, and the fiber called rayon. Calcium hydroxide is used as bleaching powder. Magnesium hydroxide used as ‘antacid’ which is used at the time of indigestion and to reduce the effect of access to stomach produced. Bases like Sodium carbonate is used as washing soda and for softening the hard water. Sodium hydrogen is also used in preparations of baking powders, as baking soda, and also in the fire extinguisher.

Amphoteric substances are those which have the characteristics of an acid and a base; even they are capable of accepting and donating a proton, like water.

Key Differences Between Acid and Base

Following are the important points which differentiate the acids to that of base:

It is worthwhile to have a brief understanding of some of the basic physical and chemical principles that are directly or indirectly connected to life. Acids and base are some of them. In the above content, we discussed them along with their properties. We discuss the three important theories with some examples also. We conclude that these are the important part of life and we often use them, not only in chemistry laboratory but also in day to day work.