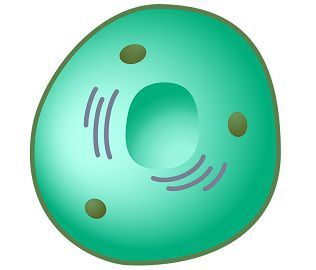 Active transport uses energy (ATP) for the moving the molecules in and out of the cellular membranes and therefore remain active, while in passive transport the molecules do not use energy for their movements and so the name is given as passive.

We all know that cell is the basic unit of life. It is responsible for all the activities that occur inside our body. But some specialized cells are assigned to do the specific task, which is essential for body growth and development. These cells transport nutrients, chemicals, and other substances to other cells, by using this vital transport system. This transport mechanism present in the body is of two types, like active and passive.

The main aim of both the transport system is to carry molecules and ions across the cellular membrane. The outer layer is made up of the phospholipid bilayer, which maintains the homeostasis of the cell and checks the entry of the substances. Few specialized proteins along with semi-permeable membrane support the entry of the molecules. With this, we will discuss the important points, which distinguish the two types of transport system.

In the active transport, the molecules are carried from the region of lower concentration gradient to the region of the higher concentration gradient. In this process, the molecules are the pump in the upward direction, and it is the unidirectional process, and therefore this process requires energy in the form of ATP also known as Adenosine triphosphate.

Sodium/potassium pump (Na+/K+ ATPase), is the best example of active primary transport. In this, the trans-membrane proteins present on the cell membrane recognized the extracellular fluid requirement of the cell and pumped the molecules to be transported. The energy for this motion is provided by the hydrolysis of ATP. In all three sodium ions are moved out of the cell, and two potassium ions are moved into the cells.

The passive transportation in the body is observed in the liver, kidney, and in lungs (in the process of exchange of oxygen and carbon dioxide).

The upcoming points will present the substantial differences between active and passive transport:

In this article, we found the function and importance of the two types of important transport system present in the body, responsible for the movement of molecules and ions. With the aim of maintaining the equilibrium and fulfilling the requirements of the cell and the body, these transport system works accordingly. These are so critical that balancing in any of them may be harmful to the whole body.