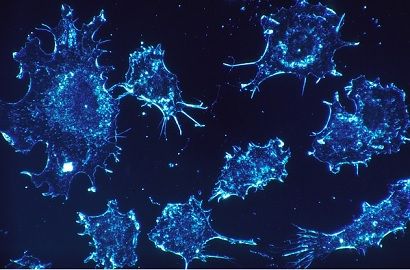 The natural process which leads to the cell death is called as apoptosis, but when the cell death happens due to attack certain external factors like bacteria, virus or fungus, or any toxicity, injury, leads to necrosis.

Apoptosis is the self-controlled event that occurs under favourable physiological conditions and the cell itself actively participate in the process. During necrosis, the cell is unable to maintain the homeostasis, which leads to the inflow of water and extracellular ions in the cells, even the organelles like mitochondria get swelled up and result in cell lysis.

Numerous cell death events have been observed in the multicellular organisms. This naturally occurring phenomenon may be due to internal or external factors. There are many morphological, physiological and biochemical differences in both the process.

Now, in this article, we will discuss the critical points on which these two types of process of cell-death vary. We will also consider the factors responsible for the apoptosis and necrosis and how they are beneficial or harmful to an organism.

Apoptosis is the cellular response, which is commonly known as ‘programmed cell-death‘. It is triggered by numerous biological, chemical and physical factors. The whole process of cellular degradation is regulated by the ‘caspases‘- protease family (proteins), highly activated during apoptosis.

Apoptosis is an energy-dependent mechanism that is completed in a few steps. When the cell is triggered to commit suicide, it immediately sends a signal to the proteins known as ‘caspases’. The caspases go into action, the cell shrink and develop blebs (bubble-like protrusions) on their surface. The cellular components start getting fragmented and meanwhile caspases also spark off the production of DNases, the enzymes which will destruct the DNA present in the nucleus of a cell.

Within some fractions of time, the cell gets into smaller pieces, packaged in a membrane known as the apoptotic body. Further, these fragments are cleaned up by the macrophages. The immune cells, which are known to clean the debris by the process of phagocytosis (cell eating).

Why is apoptosis performed within the body – There are various reasons for the occurrence of apoptosis, firstly if the cell is no more by needed by the organism, which can be due to maintain the balance of the number of cells, or might be due to certain abnormality detected in the cell.

Apoptosis is the necessary process at the time of development of an infant, as our toes and fingers ane joined to one another forming a webbed structure in the womb. With the help programmed cell death, the webbing gets disappear and providing with ten separate fingers and toes. Even in during whole life span, apoptosis continuously works as per requirement and growth and to keep the body healthy.

The unnatural or unprogrammed death of a cell is known as necrosis. The reason for this can be infection, toxicity, injuries, or attack of fungus, virus or bacteria. It is also said that necrosis may also happen due to the hypoxia, which occurs due to the improper supply of oxygen to the nearby tissues.

Necrosis is initiated, at the time when the cell is unable to maintain homeostasis, due to which the extracellular ions and water get entered into the cell, and the cell organelles get ruptures and ultimately leads to bursting of the cell due to osmotic pressure.

Key Differences Between Apoptosis and Necrosis

Given below are the essential points that highlight the differences between the two types of cell death, that are apoptosis and necrosis:

Mainly there are two types of cell death, Apoptosis and Necrosis, the earlier one in natural and self-triggered by the cell, while the second type is triggered due to certain external factors like an attack of virus, bacteria or any toxicity. So ultimately, these processes bring the cell death but differ in the process of degradation and post effect of the cell destruction.