Osmosis and Diffusion both depict the movement of particles from higher concentration to lower concentration. However, osmosis is a type of diffusion that is limited to fluids. Whereas, diffusion is not restricted and is prevalent in solids, liquids and gases.

The passage of the solvent molecules in osmosis occurs through a selectively permeable membrane. In contrast, for diffusion, the membrane is not mandatory. It can spread the particles directly within the given medium.

Osmosis establishes an equilibrium between osmotic pressures of solutions on both sides of the membrane. Diffusion also creates equilibrium. And thus, it continues until all the particles are equally distributed in the given area.

In this context, we will provide you with key differences between osmosis and diffusion.

Osmosis is the phenomenon that depicts the movement of water or solvent. It is often considered a special sort of diffusion. This movement occurs across a selectively permeable membrane.

Osmosis is a mode of passive transport. And thus, no energy, i.e., ATP, during osmosis. It is a spontaneous phenomenon that works upon the driving forces.

We can define osmosis as:

How does the osmosis exactly occur? 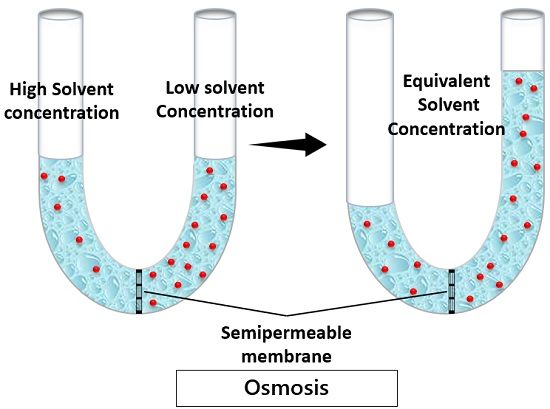 Movement during osmosis relies on the concentration gradient and pressure gradient. The direction and the rate of net movement depend on these gradients.

In this way, osmosis aids the passage of solvent molecules from a dilute solution to the concentrated solution with a semi-permeable membrane.

Why does osmosis occur?

Osmosis obeys the laws of thermodynamics. It tends to establish an equilibrium between two concentration gradients. Osmosis balances and equalizes concentration of solutions on either side of the membrane. The movement of the solvent molecules continues until the equilibrium is attained. As the solution reaches equilibrium, it becomes more stable. And thus, the movement of molecules is ultimately ceased.

2. Osmotic Gradient: It is the difference between the concentrations or pressure of solutions on either side of the membrane. This osmotic pressure difference is a must for the process of osmosis.

There are two significant types of osmosis:

1. Endosmosis: Suppose you kept a cell in a hypotonic solution that has a higher potential of solvent than that of the cell. Then, the solvent molecules will travel from the external environment into the cell.
Due to endosmosis, the cell will get deplasmolyzed and will become turgid.

2. Exosmosis: If a cell is kept in a hypertonic solution with a lower potential of solvent than that of the cell. Then, the solvent molecules inside the cell will move in the external environment.
Due to exosmosis, the cell shrinks as it loses its solvent content and becomes flaccid. This means it undergoes plasmolysis. 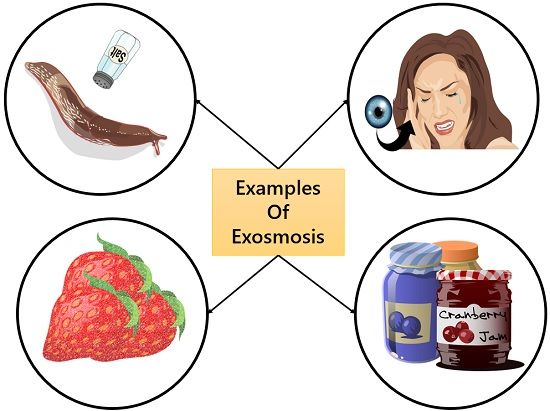 What is Osmotic pressure?

It is the lowest amount of pressure required to stop the flow of solvent molecules across the pressure gradient. The concentration of the solute molecules governs it.

During osmosis, the solvent will move from dilute solution to concentrated solution. This movement will stop as the solution will reach towards equilibrium. This will determine the equalization of pressure on both sides.

We can calculate osmotic pressure:

C = Molar concentration of the solute in the solution

The three types of osmotic conditions are as follows:

Other Types of Osmosis

In regular osmosis, the osmotic pressure triggers the process of osmosis. RO moves the solvent across the differential gradient from higher to lower concentration. But in RO, the movement is reversed from lower to higher concentration. Increased atmospheric pressure reverses the flow of solvent against the normal hydraulic pressure.

It is generally used for filtering water with a very low amount of impurities. The applied pressure forces the water molecules on one side of the membrane. While the remaining solute impurities will stay on the opposite end. In this way, the water becomes free from contaminants.

Forward osmosis is also based on pressure application. But this pressure is the natural osmotic pressure. It needs about 90% lesser energy than RO to drive the process.
Instead of pushing the water to either side of the membrane, FO pulls the water molecules. FO induces the passage of solute particles from lower to higher solute concentrations.

Diffusion is a much simpler process that frequently occurs around you. For instance, the fragrance of room freshener scatters everywhere as soon as you spray it.  Or you might have seen the dispersal of ink in water. Thus, you can say that diffusion is nothing but freely spreading the particles in the given space.

We can define diffusion as:

Suppose you filled a container with gas. But the particles are concentrated to a particular area only. Over a while, these particles will scatter in the entire container due to their random motion. This is diffusion. 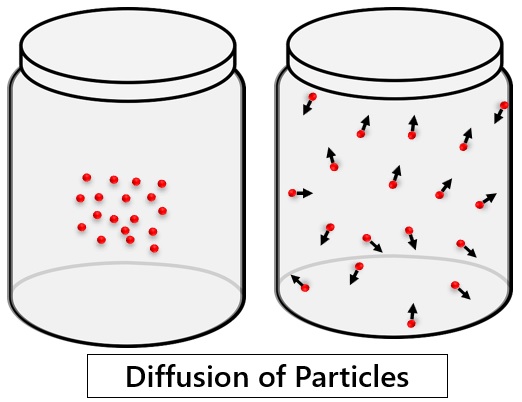 Other Types of Diffusion

What is Facilitated Diffusion?

The rate of diffusion across the membrane depends on two essential factors:

Size of the particle: The smaller molecules like ions, water, glucose etc., tend to pass easily through the membrane. Whereas the larger ones like complex sugars and some amino acids are unable to diffuse.

Solubility of the particle: Similarly, the membrane’s outer surface being hydrophobic favours the passage of lipids and fat molecules. And the hydrophilic moieties are stuck at the membrane.

To overcome these issues, cell membranes have specialized proteins. These proteins aid the passage of the larger and hydrophilic molecules across the membrane. This is ‘facilitated diffusion’.

Facilitated transport cannot cause the movement from lower to higher concentration. Thus, even in facilitated diffusion, the presence of a concentration gradient is necessary. Porins and aquaporins are examples of facilitating proteins.

1. Symport: Movement of molecules in the same direction across the membrane. 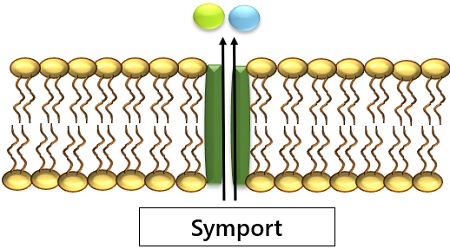 2. Antiport: Here, the molecules pass in opposite directions. That is, one move outwards and the other moves inwards. 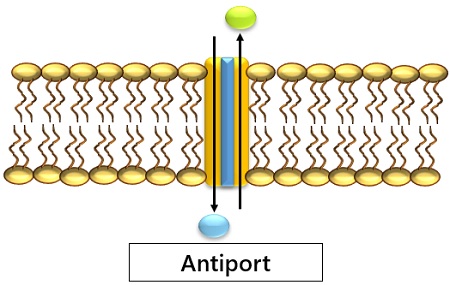 3. Uniport: Movement of a molecule irrespective of the motion of any other molecule. 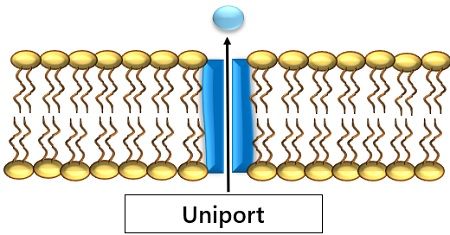 Key Differences Between Osmosis and Diffusion

Following are the substantial difference between osmosis and diffusion:

Whereas the process of diffusion is important in animals at the time of creating energy, during respiration it helps in the exchange of gases, while in plants it is also helpful in the process of transpiration and photosynthesis.

So in general terms, we can say that the intermingling of the molecules, for maintaining the equilibrium is the naturally occurring process in the body, and are termed as osmosis and diffusion. Through this physical process is sometimes confusing also. But has a significant value in the field of science.

In order to maintain the homeostasis of the body and also to balance the various internal mechanisms through internal cellular functioning, these concepts are regularly compared and discussed. And so we can say that in the osmosis process only water molecules can show the motion across the semi-permeable membrane and in the diffusion liquids and gases can move.