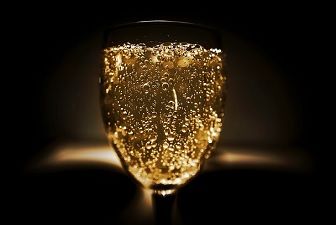 These are the widespread phenomenon that can be observed easily, but only in colloids as these properties can not be observed in True solutions or Suspension.

As per the language of chemistry, When two or more homogenous substances are mixed in a specific amount and can be mixed up to the certain limit of solubility are known as solutions. The term solution is not only applicable to liquids, but it covers gases and solids also.

In this post, we will be highlighting the points on which the two terms, Tyndall effect and Brownian Motion differs. We will also provide a brief description of them.

The effect in any fluid (colloids), where the lights get scattered due to the presence of the colloidal particles in the fluid and thus the path of the light is visible. This effect is not noticeable in a true solution. So this phenomenon is also used to detect whether the solution is true or a colloid.

So we can say that such solutions that consist of scattered particles like dust, or any micro-particles, the light instead of travelling in a straight line, it gets scattered and causes visible light beam and the effect is known as Tyndall effect as the ‘John Tyndall‘ first observed it.

The Tyndall effect is the easy way to find out that the solution is true or a colloid, by just observing the light. When the light passes directly through the solution, it is the true solution, while if the light gets scattered in all directions, in the dispersion phase of a solution, then it is colloidal.

When is light is passed through milk and water; milk being the colloidal solution the light gets reflected in all the directions in the fluid, whereas light passes through the water without scattering as it is the true solution.

The length of the scattering depends on the density of the particles and the frequency of light. It has been observed that blue light gets more scattered than the red light; thus, we can say that shorter wavelength light is reflected, while longer-wavelength light is transmitted by scattering.

Brownian Motion can be understood by performing a simple experiment; where we drop or put some tiny particles in any fluid and then observed in a microscope. We will observe some zig-zag movement of the particles. These motion of the particles is due to the collision between the particles present in the fluid or gas.

Brownian was first observed by the botanist ‘Robert Brown‘.The movement of particles from a higher region to the lower region is Diffusion, and macroscopically can be considered as an example of the Brownian motion.

Diffusion of the pollutants in air or water, the motion of the pollen grains on still water are also some examples of the Brownian motion. This occurs due to the collision of the atoms or molecules present in the colloidal solution. This motion is also called as “pedesis” arose from the Greek word “leaping”.

Key Differences Between the Tyndall Effect and Brownian Motion

Given below are the essential points to exhibit the differences between the Tyndall effect and the Brownian motion:

In this article, we came to that at what points the Tyndall Effect, and Brownian Motion varies, we also came to know about the colloids and how they differ from true solution and suspensions.