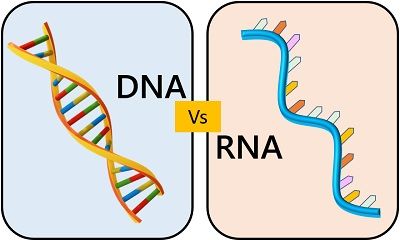 DNA and RNA are the two types of nucleic acids that act as the hereditary material to transfer genetic information from one generation to the next one. They store the inherited data in them, thus can be considered as the repositories for the genetic information.

DNA (double-stranded) as a genetic transporter is present in almost all the higher eukaryotic organisms. Whereas RNA (single-stranded) as genetic material is found only in lower organisms like prokaryotes. Eukaryotes too have a large proportion of RNA but here it serves different purposes.

In the following content, we will be studying more about the key differences between DNA and RNA along with a comparison chart, diagrams and a thorough description.

The DNA stands for deoxyribonucleic acid. It acts as the genetic material mostly in the higher organisms and seldom in the prokaryote. Because of the double-strand structure, it is highly stable.  enclosed in the nucleus, where it changes its conformation from chromatic thread to the condensed chromosomes as per the need of the cell.

Apart from the nucleus, some other cell organelles like mitochondria and plastids also contain DNA. However, this is not passed from generation to generation, and thus, it is non-hereditary DNA. 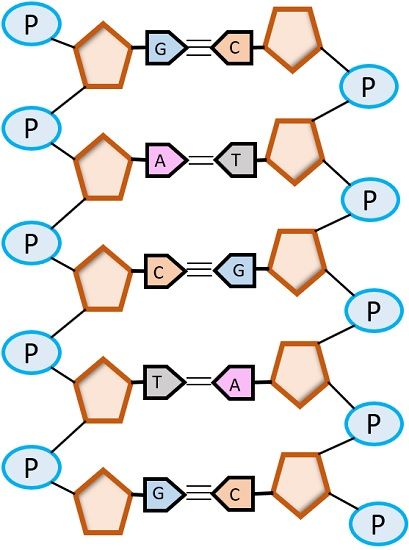 The sugar molecule, when combined with nucleobases, they form nucleosides. Four types of nucleosides are- deoxyadenosine, deoxyguanosine, deoxycytidine and deoxythymidine.
The phosphate group gets attached to the nucleosides to form a nucleotide. These nucleotides act as the monomeric unit for the DNA molecule. 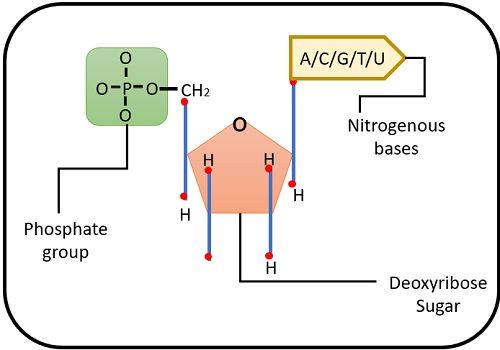 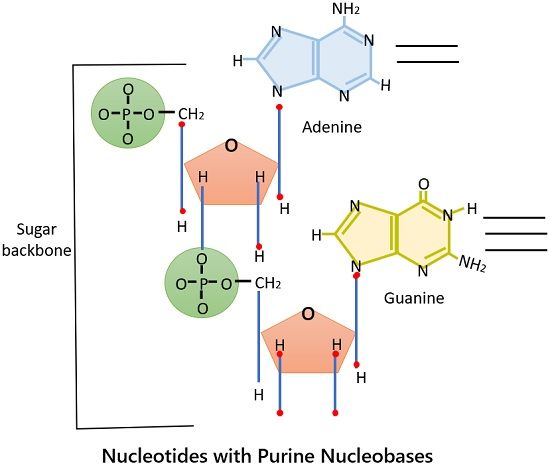 Adenine and guanine are purines, while cytosine, thymine and uracil are pyrimidines. One purine binds to one pyrimidine with a hydrogen bond in a double strand. 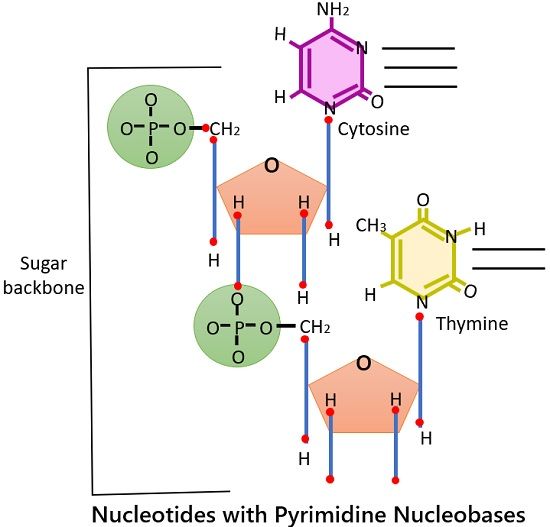 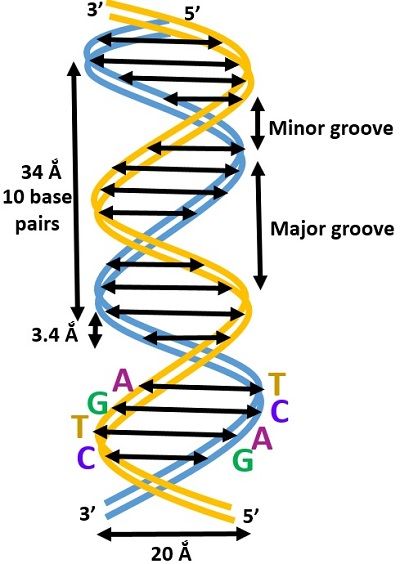 The structure and the orientation of the DNA vary on the basis of a number of strands, the direction of the helix, the twist angle of a helix, the distance between subsequent base pairs etc. Thus, the DNA can be of single, double, triple or even quadruple helix but will perform similar functions.

Among these, double-stranded DNA is most prominent in higher organisms. Its structure was well-explained by the two famous scientists, Watson and Crick. They gave the ladder orientation of DNA with the characteristics mentioned above.

The double-stranded DNA is present in three basic forms- A, B, C, D, E and Z. Among these, A, B and Z types are dominantly found. 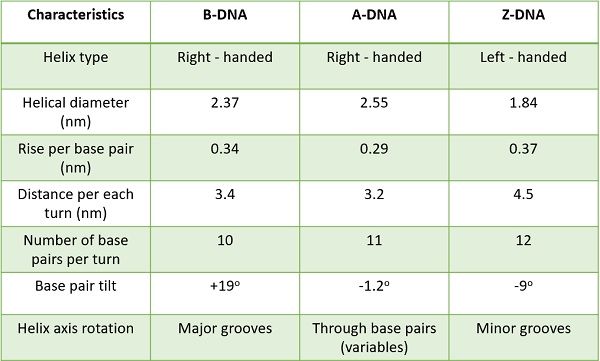 As per the complexity of the organism, the DNA can be of either linear or circular form. The prokaryotes containing DNA as genetic material mainly possess the circular form. For instance, bacteria like Escherichia coli and Vibrio cholerae have circular DNAs.

Double-stranded DNA is approximately a thousand times in length than the diameter of the nucleus. For this reason, it is ultra compactly arranged inside the nucleus in a supercoiled manner. For example, a normal human DNA is of 2-meter-long which is supercoiled and marvellously compacted in such a way that it effectively fits in 10 um small nucleus.

However, eukaryotic cells also contain RNA but not as genetic material. This RNA occurs in the nucleolus, ribosomes as well as also found freely in the cytoplasm. In eukaryotes, they facilitate different other processes such as protein synthesis.

Similar to the DNA, the RNA also is made up of three essential components that are –

Ribo-nucleotides are the monomeric units of the RNA that are formed by the combination of ribose sugar, nucleobases and phosphate assemblage.

Around 70-12,000 ribonucleotides are stacked together in a linear fashion and are attached from end to end through 3’-5’ phosphodiester bond.

The RNA is categorised as genetic RNA and non-genetic RNA.

A. Genetic RNA: The genetic RNA is one that contains the hereditary information that is transmitted from one generation to the next. This genetic RNA can be single-stranded or double-stranded.

B. Non-genetic RNA: In higher organisms, the RNA is present to support several other processes than as a genetic transporter. For this reason, it is referred to as a non-genetic form of RNA. They are synthesised from the DNA template but are not passed from generation to generation.
They are of three main types- 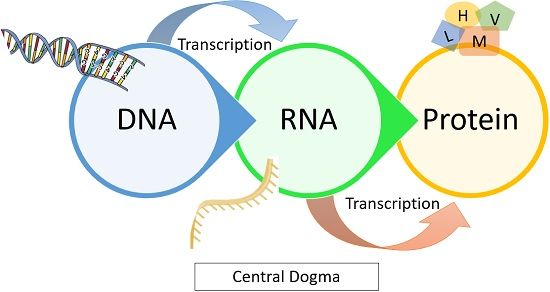 From the above discussion, we can say that DNA and RNA both are equally important, as one contains genetic material which is required to be transferred for further body development and functioning, while RNA helps coding, decoding, regulation and expression of genes.