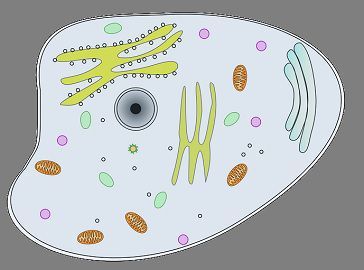 The another most essential component of the eukaryotic cell is the Endoplasmic Reticulum or ER. It occupies almost 10 percent of the total cell volume. ER is of two type smooth and rough. Though both share some common features too but differ in some. ER is membrane-bounded and is made up of cisternae, which is the network like structure.

The ER has cavities in it, which occupies space in the cytosol, the lumen is the internal space present. The ER is connected to the nuclear membrane as well as from the cytosol by forming a connecting bridge between them.

These were the essential features of the ER, but as we know even they exist in two types, which are smooth and the rough and so with the help of this content we will distinguish both of them.

Smooth Endoplasmic Reticulum or SER or Agranular Endoplasmic Reticulum, as the name says they appear to be like smooth surface when viewed from the electron microscope as they do not contain ribosomes. The main function of the SER is the production, secretion, and storage of the lipids and steroids hormones mainly, along with that it also helps in the metabolism of carbohydrates and manufacturing new membranes. 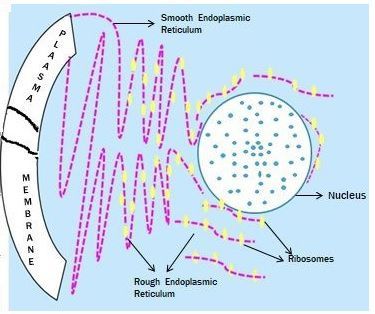 In mammalian cells, SER plays the important role in detoxification reactions from the drugs and other metabolic wastes. In liver cells, SER provides the enzyme glucose-6-phosphate, which actively participate in the metabolism. SER is formed from the Rough ER when there is the loss of the ribosomes. It does not take part in the synthesis of protein but helps in the transportation of the same.

The main function of the RER is the synthesis of the protein and then transport it to other parts. Basically in cells like fibroblast, goblet cells, hepatic cells, pancreatic cells and B lymphocytes it manufacture, sort (pack) and transport or export of the secretory proteins like antibodies, insulin, collagen, mucin, blood clotting proteins, enzymes, etc.

In this article, we studied the vital part of the plant and animal cells, along with their functions and how they varied from each other. So, the Endoplasmic Reticulum whether smooth or rough has the crucial roles in the production of various molecules and their processing.