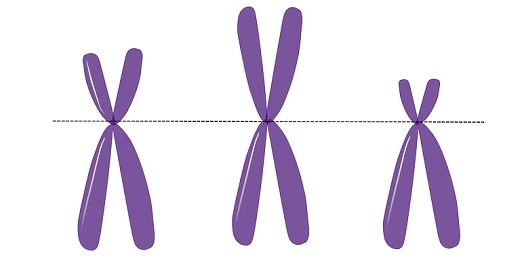 Mice have in all 40 chromosomes, out of which 38 are autosomes, and 2 are sex chromosomes. Abnormalities in the chromosomes (autosomes or sex chromosomes) results in the retardation in growth of an organism or delay in development.

We defined living organisms by the presence of the living cells in them, and it can be multicellular or unicellular. But ‘cell’ is the most fundamental unit of a living organism. The cell has many organelles which perform their specific function to make the bodywork properly. Among all the organelles, the nucleus is the most vital or essential part of the cell.

The nucleus contains the thread-like structure known as chromosome, which includes the genetic information and is transferred from one organism to other of the same species. Each of the chromosomes is composed of the tightly packed DNA, that is coiled around the histones protein.

With all such information, at this moment we will be highlighting the points that differentiate the autosomes and sex chromosomes, also known as allosomes. We will also provide a brief description of them.

Except for the sex-linked traits, autosomes are known for regulating all other inheritance of an organism’s characteristics. It means they (autosomes) are responsible for transferring the genetic information from parents to their offspring. In the body, there are numerous cells, and each cell has 22 pairs of autosomes.

The chromosomes in each pair are of the same length, and even the centromere is placed in the same location. During mitosis, the chromosomes double themselves and then transferred to the daughter cells. Hence, the new daughter cells will receive a full complete copy chromosome, containing the genetic information of their parent cell.

Though autosomes variates from allosomes or sex chromosomes, there are certain chromosomes which determines the gender (male/female). Like, the chromosomes 17 has the gene SOX9, that activates TDF transcription factor, this is essential in determining the male sex as this factor is encoded by the SRY gene found on the Y chromosome. Female offspring are produced by the mutation on SOX9 gene in humans.

Such chromosomes that play a vital role in determining the gender or sex of humans or other species of animals are known as sex chromosome. These are also known as allosomes. These are named ‘X’ and ‘Y’ by scientists.

Given below are the critical points to understand the difference between the autosomes and sex chromosomes:

In this context, we studied chromosomes, which are found in the nucleus and contain the hereditary material. In humans, there are 46 or 23 pairs of chromosomes, out of which 22 pairs are autosomes, and a pair is the sex chromosomes or allosomes.

Autosomes are known to transfer the somatic characters to the next generation of the same species, while sex chromosomes decide the sex or gender of the upcoming generation.