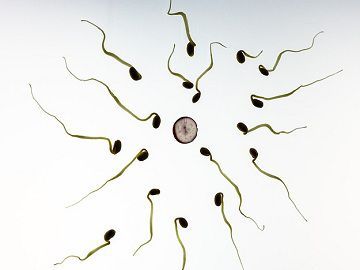 Egg cell and sperm cells differ in many ways, which can be their origin, nature, composition, and purpose for existence. Though both play an important role at the time of human reproduction process, where the participation of both the opposite gametes is equally important and necessary. The cell having the single set of unpaired chromosomes is called as gametes. Each cell (gamete) contains 23 chromosomes which further fuse to form the complete set of chromosomes (46).

Sperm is derived from the Greek word ‘Sperma‘ which means seed. It is the male reproductive cell. Sperm is said to be the straightest and the smallest cell in the human anatomy. Sperm cells size is about 60 um long, which is motile, and flagellated. The nucleus is small, with the small quantity of cytoplasm. 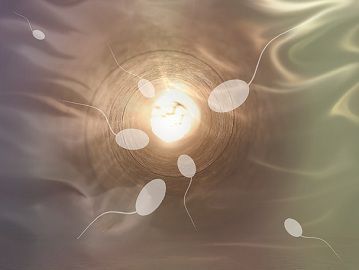 The cell is divided into various parts like the head, neck, middle piece and long tail with some mitochondria. In the women’s womb, sperm cells can be conserved and frozen below at 60-degree Celsius. The process by which sperms are produced is called as spermatogenesis.

Ovum is the female reproductive cell. These are also known as egg cell, oocytes. Ovum is round in shape and does not require the microscope to be seen and are visible through naked eyes. As the ovum has the large amount cytoplasm, they are said to be the largest cell in the anatomy of the human. Their size varies from 0.15-0.2 mm and is surrounded by the zona pellicuda, which is the transparent, non-cellular zone. The volume of the cytoplasm is so high, that nucleus is found dissolved in it. Though these cells are non-motile. Oogenesis is the process of producing ovum.

Even after so many dissimilarities between both types of cells (sperm and ovum), fuse into each other at the time of conception. In the natural flora, the egg cell can exist only for 12-24 hours and can’t be conserved.

Following are the difference between Human Sperm and Ovum:

Difference between the two cells is prevalent. These two cells (sperm and ovum) are though significantly opposite cells regarding their origin, purpose, and nature. But these cells play their vital role at the time of conception, where the egg cell and ovum fuse to form.

The zygote. It is said that there is apart from these two cells, there is no such cell which combines and fit together to form the new diploid cells.