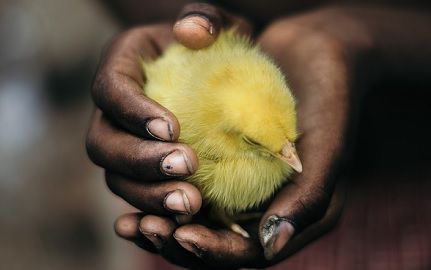 We all are aware of the word fertilization, which defines the union of sperm (male gamete) and egg nucleus (female gamete) to produce diploid cell or zygote, which further develops or grow into the young ones of their generation. Internal and External fertilization are the two types of fertilization, which takes place among various groups of animals, and with this content, we will be discussing the diverse features of them.

Internal fertilization occurs in terrestrial (animal living on land) animals, plants, though it is followed by some of the aquatic animals also. This method is followed in three ways which are oviparity, viviparity, ovoviviparity.

Oviparity is followed by the animals that lay eggs outside, and the nourishment is provided to the offspring by the presence of the yolk in the egg. These animals are called oviparous, like birds, most amphibians, reptiles, bony fish, and some cartilaginous fish.

Viviparity is followed by mammals, few reptiles and cartilaginous fish. In this, the offspring develop within the body of a female and receive nourishment through the placenta from the mother’s blood. Later on, the developed offspring comes out from the mother,s body. These animals are called as viviparous.

Ovoviviparity, the eggs are retained in the female body, and the nourishment is provided from the yolk present in the egg only to the developing embryo. The egg hatched when the young ones are fully developed. Sharks, lizards, snakes follow this process.

Another term ‘broadcast fertilization‘ is used when the sperms swim through the water to get unite with the eggs and get fertilized.

Given below are the essential points to distinguish the two types of fertilization processes:

From the above content, we conclude that, both the process of fertilization though have some condition in common but varies other. But both are equally important for the one or the other organisms to increase their generation.