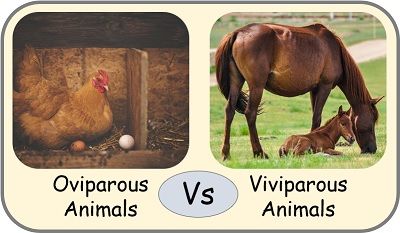 We can classify the animals into two categories- Oviparous and Viviparous, based on how they produce their new generation.

Oviparous animals are those which lay either fertilized or unfertilized eggs that hatch to give rise to a new young one. Whereas the viviparous are the animals that directly give birth to their younger ones.

In oviparous animals, the development of the zygote occurs outside the body. The developing embryo takes the nutrients from the Yolk present inside the egg.

In contrast, the growth and development of the foetus take place inside the body of the female parent. Here, the embryo remains dependent on the placenta to provide him with the essential nutrients from the mother’s body.

This content will provide the basic differences between viviparous and oviparous animals, along with a comparison chart, characteristics and examples.


What are Oviparous Animals?

The term oviparous comes from two different words- Ovi, which means egg (related to egg), and parous, which means to bear. So as the name suggests, they are the animals that bear their young ones inside an egg. In simple words, the egg-laying organisms are oviparous.

They can undergo both internal and external types of fertilization. In external fertilization, the male and female gametes fertilise outside their bodies to give rise to a zygote. This zygote grows and develops into an egg.

Whereas in internal fertilization, the fusion of the male and female gamete occurs inside the female body. As soon as the zygote forms after fertilization, it converts into an egg with a hard outer covering. The mother searches for the right spot and prepares her body to lay eggs.

At the time when the deployment of the embryo inside the egg is complete, the eggshell breaks open, bringing alive offspring out. The process of a young one coming out of the eggshell is hatching.

How do the young ones remain alive inside an egg?

The egg remains filled with liquid which is full of the nutrients necessary for the transformation of the embryo into a fully grown young one. This fluid is nothing else than Yolk.

This Yolk nourishes the embryo just like a mother and provides it with all the crucial requirements. The hard outer covering of the egg protects it from external contaminations.

Also, the internal Yolk saves the growing baby from any external jerk or shock, preventing any damage.

Oviparity is the phenomenon that refers to reproduction followed by egg-laying. And the animals that undergo oviparity are oviparous animals. 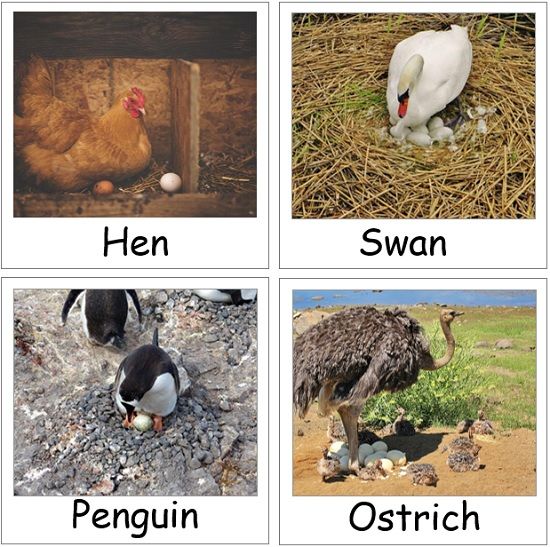 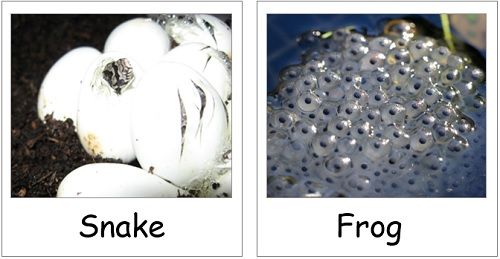 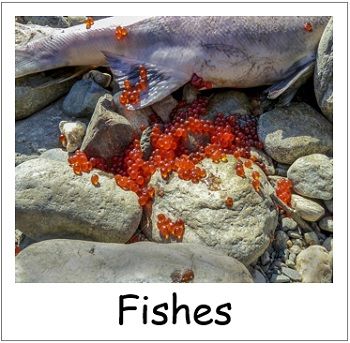 What are Viviparous Animals?

The term viviparous comes from two different words- Vivi, meaning alive and parous, meaning to bear. As the name illustrates, these animals bear their alive young ones inside their bodies.

In viviparous animals, the process of fertilization occurs internally. After mating, the male and the female gamete fuse inside the female body, generating a zygote in the uterus.

Afterwards, this zygote grows bigger in size to produce an embryo. The embryo entirely relies on the mother parent for the nutrients and respiration in the womb. It lives there until matured enough to be borne.

It is the mode of reproduction in which the animals directly give birth to the baby without undergoing the egg-laying procedure.

Some viviparian possess specialized organs that produce milk for the baby for a certain period of lactation. We refer these glands as mammary glands.

And since these viviparous animals feed via mammary glands, they are known as mammals.

After the birth of offspring, the mother feeds her milk which contains nutritional elements and some important antibodies. This milk makes him strong so as to face the environmental conditions present outside the womb.

But there are other viviparous animals also that are devoid of mammary glands. Their young ones are already ready to face the environment; thus, they don’t need mammary glands.

1.Marsupial Viviparity: These viviparian lack the placental system. After the fetus’s birth in a premature state, the mother keeps the baby in specialized pouches like structures for protection and feeding. This pouch helps to carry and take care of their babies.
The baby lives inside the pouch until its overall development finishes. Due to this outer bag or pouch, they are known as marsupials.
Example: Kangaroos

2. Placental Viviparity: It is the Viviparity that bears the placenta to provide all the requirements for the baby.
The placental system inside the pregnant female nourishes the embryo during its developing period inside the female womb.
Example: Humans, dogs, cats etc 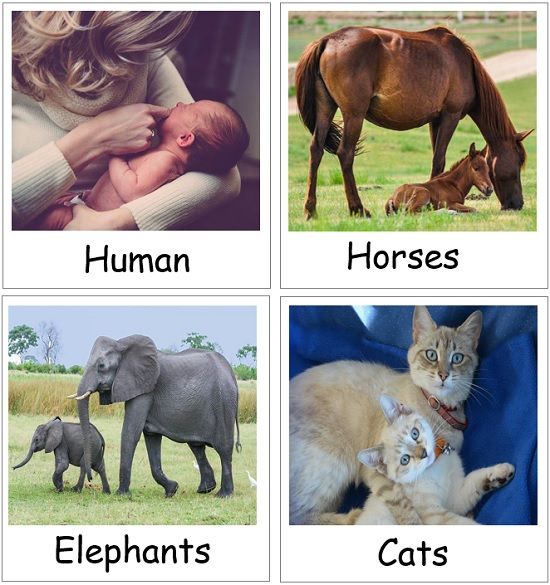 3. Ovoviviparity: It is the combination of oviparity and viviparity where the female bears the eggs, but internally. And after the maturation of the baby, the young one hatches inside the womb and then is delivered outside.
Examples: Sea horses, Platypus, ray fish, white sharks, slow worm etc.

From the above article, we can say, that both these processes are equally important and play a vital role in reproduction, but the ultimate goal of every organism is to increase its species number. We also came to know the importance of the process and how they work.