For example, if it is colder outside, the body of Warm-blooded animals try to adapt according to the situation and create internal heat which provides warmth to the body and vice-versa. On the other hand, Cold-blooded animals are unable to maintain this, and their body’s temperature changes with that of change in temperature of the external environment.

Cold blooded animals are those who are not able to regulate internal body temperature; rather they depend on sunlight to get themselves warm. When outside environment is colder their body tends to be cold, rather providing warmth and vice versa, but to survive at night especially in colder regions, they need sunlight to gain radiation.

It is also seen that these animals remain inactive in cold or winter season. For examples, fishes move to the deeper part of the water, where the temperature of the water is warmer compared to the part where they were living, some species may die in winter season while bees produce heat with the help of movements of wings. 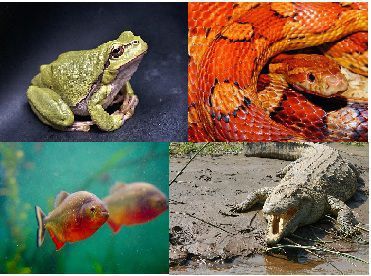 Cold blooded animals need less amount of food as their requirement of energy is less for the survival. They are more resistant to disease as they do not allow parasites and other harmful microorganisms to grow and if they catch any disease, they lower their body temperature to get rid of that disease. These kind of animals are not active in the cold, in spite they wait for the suitable temperature to get themselves warm. Examples include fish, reptiles, amphibians, spiders, frogs, crocodiles, bees, moths and termites.

There are two terms used which are Hibernation and Aestivation, the earlier one is the winter resting period in warm places which may last for weeks or months, and the latter is resting condition at summer time in shady or cool places, though it is not clear that Aestivation is the process of cold-blooded or warm-blooded animals. They only mate and reproduce at the time warmth.

As said above Cold-bloodedness are categorized as of three types:

Mitochondria, which is called ‘powerhouse of the cell‘ produces energy which is utilized by the body to maintain its temperature. All the lifetime, consistent energy is produced to maintain the body temperature which lies between 35-40°C.

Although it is said that if the temperature of the outside environment is extreme, the body may change a little bit to maintain it or they release excessive heat by sweating or panting. Whale does not need sweat glands as it lives in water, While Elephant sweat through ears. At the time of extreme cold situations fur, shivering and sometimes birds migrate to the warmer region is the scope to maintain the temperature. 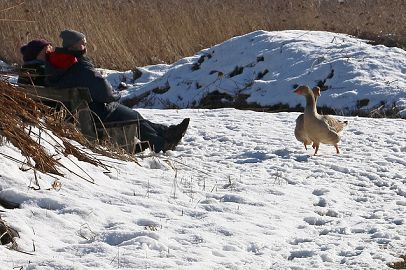 There are three broad areas of Warm-blooded animals:

Key Differences Between Cold-blooded and Warm-blooded

By regulation of internal body’s temperature, animals are categorized as Cold-blooded or Warm-blooded animals, given below are key differences between them:

Animals like fish, birds, amphibians, reptiles, mammals are categorized by thermal homeostasis, which means maintenance of body’s internal temperature in two ways, by this they are categorized as Cold-blooded or Warm- blooded animals.

Above we discuss the important features and difference between their way of living and adaptation to changes in environment and temperature. Though both are the adaptation of the environment as ultimately its a matter of survival.