Hibernation and aestivation are the forms of sleeping states which occurs under two different climate conditions. Both of them are extended forms of torpor.

Sometimes, the animals fall asleep to survive in harsh and extreme environments. This sleeping pattern may vary as per the climate and the growth phases of the organism.

The primary difference between hibernation and aestivation is that the former is winter sleep while the latter is summer sleep.

During extremely low temperatures, animals like bears, crocodiles etc., sleep for a prolonged period. They deliberately slow down their metabolic rate, heart beating, and breathing to stay alive and conserve energy.

The counterpart of hibernation is aestivation which occurs in the summers. The animals undergo aestivation to protect themselves from burning hot and dry conditions, mainly in desert regions. Here also, the organisms undergo dormancy by hiding in the moist and marshy areas to keep their bodies cool and wet.

With the help of these two sleeping mechanisms, the animals can live out in harsh climates. By this, they reduce energy use by 70-100 %, which is lesser than the usual time, i.e., in the active state.

We will discuss the primary differences between hibernation and aestivation with a comparison chart and related examples in this context.

Certain places on the earth experience freezing climates during the winter season. This may include areas like the northern and southern poles, Arctic and Antarctic regions etc.

During this time of dramatically cold ambience, the flora and fauna of that particular region get impacted the most. Thus, in order to survive in such harsh conditions, they enter the state of dormancy or inactivity, i.e., hibernation.

In layman terminology, you can understand it as a power-saving mode of your laptop. Imagine your laptop is neither working nor turned off; it is just resting. It saves the data of whatever work you were up to and enters the power-saving mode. Later, when you turn it on, it resumes back with your data.

Similarly, hibernation is a power-saving mode that conserves energy and protects the organism from a harsh environment. 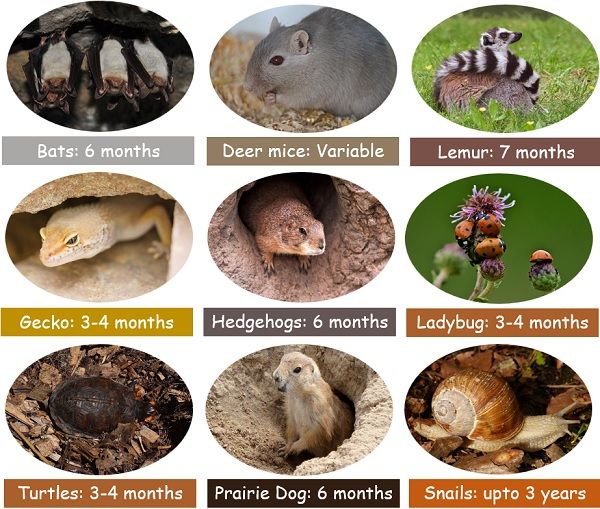 Why does hibernation occur?

The reason behind hibernation is self-explanatory. Let’s discuss some of them.

The animals either rely on plants or other fauna to meet their need for food. The natural vegetation gets ruined completely during extreme colds because of snow and moisture.

Only some exceptional plants that have adapted to survive can tolerate and grow there.

This hampers the animals which were dependent on the plants for food. On the other hand, the smaller preys also hide or sometimes die in the cold climate. Thus, the number of prey for the predating animals also reduces.

So, in order to curb this food requirement, the hibernators undergo a hyperphagic state. By this, they multiply their appetite by eating as much food as possible to stock the energy for the entire season.

2. To maintain the internal heat

The internal body temperature of the ectothermic organism relies on external climatic conditions. Thus, their internal temperature dramatically fluctuates with changes in the climate.

Thus, some ectothermic organisms hibernate by which they settle their body temperature in a particular range. Thereby, they don’t get affected by the environmental changes happening around them.

3. To conserve the energy

Organisms living in cold areas are fully aware of the scarcity of food during winters. Even though they are in a hyperphagic state to eat more and more, still the food will be exhausted if the body consumes energy very fast.

During hibernation, the hibernator aims to lower down the body activity so as to reduce the energy consumption. The metabolic functioning is nearly halted. The breathing and heart rate decrease, no physical movement, etc., are some of the activities that occur during hibernation. They tend to conserve the excess use of energy.

There are three phases of hibernation: preparation, actual hibernation, and arousal from hibernation.

Organisms start preparing themselves for hibernation by the time of the fall season so as to gather sufficient energy to last up till spring. Mostly the animals store this energy in the form of internal fat. For instance, woodchucks have only 5% of the body fat during early summers, which increases upto 15% as the fall comes. It does it by manipulating its brain chemistry which makes him hungry all the time.

Some hibernators have a specialized mechanism of generating a thick fat layer consisting of the adipose tissues in bulk. This fat layer is also referred to as the brown fat layer or brown adipose layer, mainly located in the shoulder blades of the animal.

The primary function of this fat layer is to insulate the inner organs from the external cold and rapidly produce heat when metabolized at particular intervals.

Some of the animals store their food externally also. Such as chipmunks collect plenty of food and fill it in their burrows. They consume this food at periodic arousals from their state of torpor throughout the whole winter season.

Going into the Hibernation

Entering into the hibernation is a gradual process that slowly lowers down all the physical and mental activities occurring inside the body. The heartbeat and respiration rate falls down to a few times a minute. Also, the body temperature reduces from 37± 2°C (101.5 to 103.5°F) to 10-20°C (50 to 68°F). This reduced body temperature favours only a few demands and metabolic actions, thereby helping to preserve the energy

The brain’s activity also ceases completely as the electrical impulses are turned off. Only a few of the areas related to the response of external stimulus, including light, temperature, noise etc.

Hibernation might be continuous or discontinuous. Large organisms can gather lots of nutrients and stay hibernated for the entire season. But smaller animals like rodents cannot store very much food during their torpor.

The arousal process initiates by gradually increasing the heart beating and blood flow and dilating the contracted vesicles. Also, the rate of breathing increases. The blood starts to circulate all around the body parts, particularly around the heart, lungs and brain. These all metabolic activities stimulate the organs. This process might take several hours to activate the entire body. 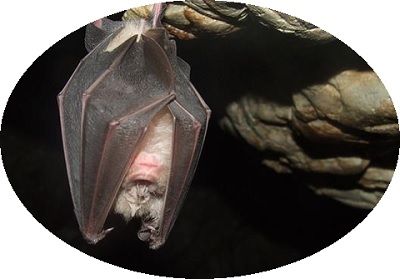 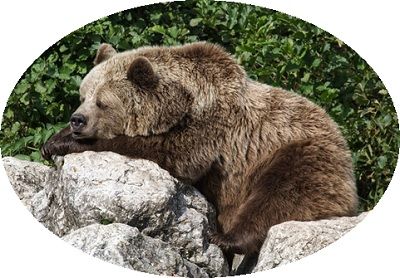 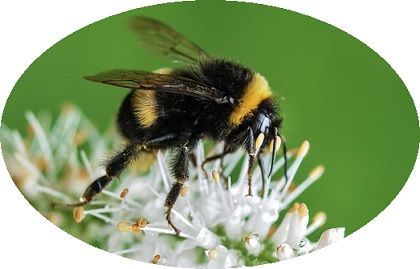 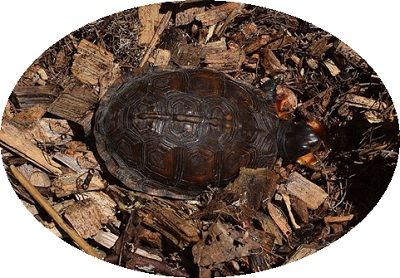 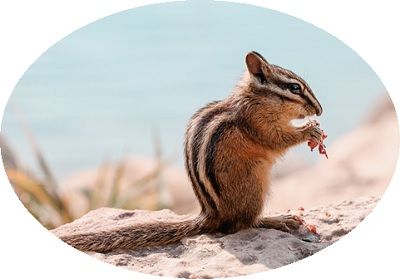 The aestivation also referred to as estivation, is equivalent to hibernation but occurs in summers. We refer to hibernation as winter sleep, just like that aestivation is the summer sleep. It is a very smart trick that the animals living in hot and dry climates use to deal with the extreme heat.

The term aestivation comes from the Latin word aestīvāre, which means “to spend summers“. Thus, we can say that aestivation refers to a specialized method to evacuate the heat and survive easily during summers.

In zoology, aestivation is an extended and deep torpor period that maintains the internal body temperature of the ectotherms during summers. Thereby often referred to as summer dormancy.

Like hibernation, the aestivation is also characterized by slow metabolic functioning of the body. This may involve low heart rate, decreased respiratory rate, ceasing of the brain impulses (except some mandatory ones) etc.

Why do the animals undergo aestivation?

During the summers, ectothermic organisms face lots of issues related to the regulation of body temperature. They are cold-blooded, thereby unable to manage their body’s constant temperature. Instead, their internal temperature fluctuates as per the temperature changes in the surrounding.

In summers, when the external heat goes high above 40-45°C, their body temperature will eventually rise upto the same limit. Therefore, in order to prevent them from getting so heated, they undergo aestivation. It not only prevents their body from extreme heat but also protects them from the other environmental stresses during the summers. Such as drought, famine, water scarcity etc.

The fundamental purpose of aestivation is the same as that of hibernation, i.e., survival during extreme environmental conditions.

The hot and dry climate supports very few floras and faunas to grow. This creates a scarcity of food during the summer season. The animals try to get the maximum amount of nutrition in the rainy and winter seasons and use this stored energy while aestivating.

Also, the dry and arid regions are devoid of the proper water supply. The aestivation also helps the animals to deal with the water scarcity as they don’t need water during summer sleep.

Besides the above, aestivation plays a part in stabilizing the internal body organs by protecting them from getting heated and desiccated.

The hot, dry and arid climatic conditions prompt the animals to undergo summer dormancy. Both the terrestrial as well as aquatic ectothermic organisms may undergo aestivation as per the temperature fluctuation taking place.

Researchers suggest that this mechanism has taken several million years of evolution to successfully record and react according to extreme temperature conditions. The dryness and heat automatically trigger the process of aestivation as soon as the summer season is about to start. 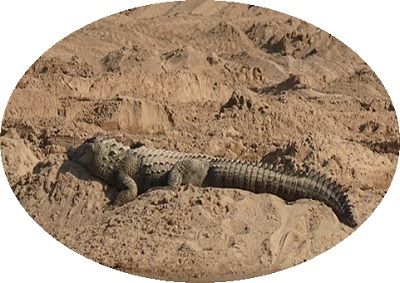 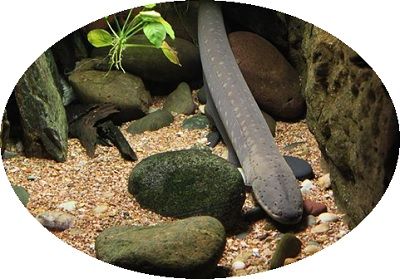 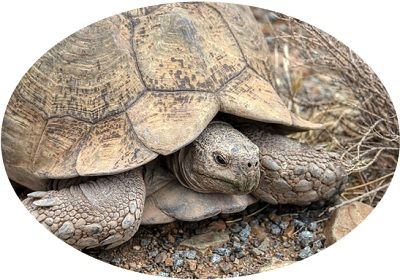 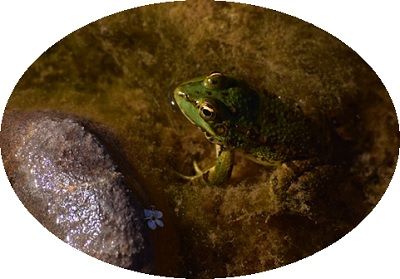 Key Differences Between Hibernation and Aestivation

In this article, we studied hibernating animals as well as the animals who performed aestivation. We came across the importance of these activities. We also came to know the reason for such periods of sleep and why it becomes necessary for the animals living in such areas.