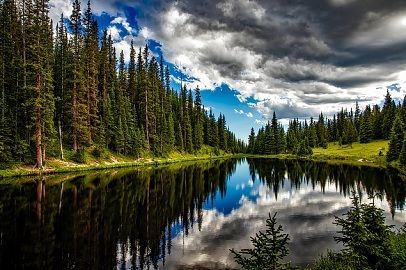 The critical and the common distinction between the two types of forests is the in ‘Evergreen forests‘ as the name says the trees do not shed their leaves in any season, until and unless they are old which are soon replaced by the others. On the other hand, ‘Deciduous forests‘ shed their leaves in the dry season to save the water loss.

Evergreen Forests are found in the area which receives more than 200 cm of rainfall annually, while Deciduous Forests grow in the area receiving annual rainfall between 200 – 70 cm.

With more than millions of different terrestrial species of plants, animals and other microorganisms on land, forests are considered the most diverse ecosystem. Some rain forests are the oldest among ecosystem, sources like timber, fodder, pulpwood, cash crops, firewood, medicinal plants, etc. not only provide a livelihood for many peoples, they are of economic importance too widely.

At this moment we will know about the points on which the two types of forests differs, with a brief description of them.

Tropical Evergreen forests are found in the area which receives more than 200 cm of rainfall annually and has a temperature between 15-30 degrees Celsius. They have taken up seven percent of the earth’s land and provide shelters to more than half of the world’s animals and plants. These mostly cover the part of the equator (between tropic of Cancer and Capricorn).

The forests are multilayered and so dense that the sunlight is not able to reach the ground. The trees in the tropical evergreen forests do not shed their leaves in any season, as there is no time of drought. Though old leaves are being dropped and replaced by the new one timely. 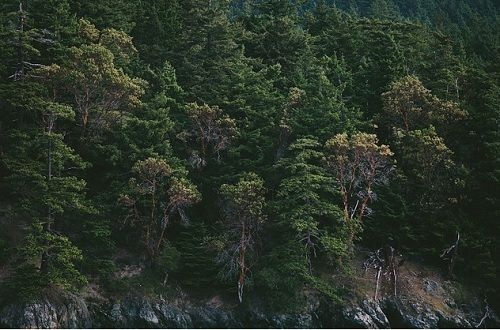 The trees are hardwood and tall type. The leaves are broad and lose water through transpiration. Ebony, Rosewood, Mahogany, Rubber, Conifers, Eucalyptus, Cycads, etc. are the types of Evergreen forests.

A type of forest that is dominated by the trees which shed their leaves in the dry season, to save themselves from transpiration. Deciduous forests are the vital habitat for many wildlife species, that directly or indirectly depends on trees for their food and shelter. The leaves of the trees in these forests are broad, which increases the rate of photosynthesis. 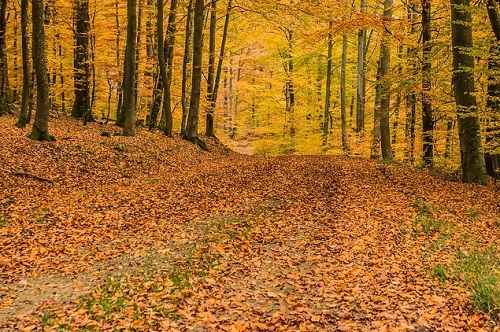 These trees grow near to the water sources like rivers, wetlands or in moist areas. Deciduous forests leaves turn red, yellow and orange during their fall, which gives pleasing looks to the humans and observes the change in nature.

Given below points are essential to understand the difference between Evergreen and Deciduous Forests:

So, from this article, we can say that in nature, the evergreen forest and deciduous forest plays an important role. Though they are just opposite to each other in terms of seasonally dropping their leaves. We also came to know about other points on which these forests varies and their role in nature.