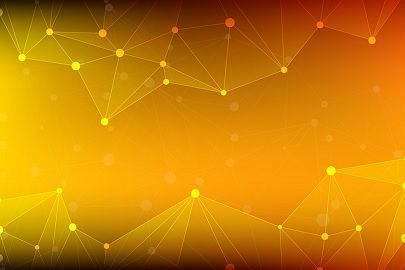 The word ‘thermodynamics‘ is derived from the Greek words, where “Thermo” means heat and “dynamics” means power. So thermodynamics is the study of energy which exists in various forms like light, heat, electrical and chemical energy.

Thermodynamics is very vital part of the physics and its related field like chemistry, material science, environmental science, etc. Meanwhile ‘Law’ means the system of the rules. Therefore laws of thermodynamics deal with the one of the forms of energy which is heat, their behaviour under different circumstances corresponding to the mechanical work.

Though we know that there are four laws of thermodynamics, starting from the zeroth law, first law, second law and the third law. But the most used are the first and the second laws, hence in this content, we will be discussing and differentiating the first and second laws.


Definition of First Law of Thermodynamics

The first law of thermodynamics state that ‘energy can neither be created nor be destroyed‘ it can only be transformed from one state to another. This is also known as the law of conservation.

There are many examples to explain the above statement, like an electric bulb, which uses electrical energy and converts into the light and heat energy.

All kinds of machines and engines use some or the other kind of fuel in order to perform work and give out different results. Even the living organisms, eat food which gets digest and provides energy to perform different activities.

So we can say that the whole process relies on two factors, which are heat and work, and a slight change in these will result in the change in the internal energy of a system. But as we all know that this process is not so spontaneous and is not applicable every time, like energy never spontaneously flow from a lower temperature to the higher temperature.

Definition of Second Law of Thermodynamics

For example, consider an electric bulb in a room which will cover the electric energy into heat (thermal) and light energy and the room will get lighten, but the reverse is not possible, that if we provide the same amount of light and heat to the bulb, it will convert into the electric energy. Though this explanation does not oppose the first law of thermodynamics, in reality, it is not possible also.

According to the Kelvin-Plancks statement “It is impossible for any device that operates in a cycle, receives heat from a single reservoir and converts it 100% into work, i.e., there is no heat engine that has the thermal efficiency of 100%”.

So from the above statement, it is clear that the Second Law of Thermodynamics explains about the way the energy transformation takes place in a particular direction only, which is not cleared in the first law of thermodynamics.

The Second Law of Thermodynamics also known as Law of Increased Entropy, which says that over time the entropy or degree of disorders in a system will always increase. Thake an example, that why we get more messed up, after starting any work with all the plannings as the work progresses. So, with the increase in time, the disorders or disorganization also increases.

This phenomenon is applicable in every system, that with the use of useful energy, the unusable energy will be given away.

Key Differences Between First and Second Laws of Thermodynamics

Given below are the essential points to differentiate between First and Second Laws of Thermodynamics:

In this article, we discussed the Thermodynamics, which is not limited to the physics or machinery like refrigerators, cars, washing machine but this concept is applicable to everyone’s day to day work. Though here we distinguished the two most confusing Laws of Thermodynamics, as we know there are two more, which are easy to understand and not so contradictory.