Homo means’same‘, and zygous refers to ‘having zygotes of a specified kind‘, so we can elaborate it by saying that “when both alleles present on the homologous chromosomes for a given gene are same, they are called homozygous.

When two genes share readily detectable sequence similarities (nucleotide sequence in DNA or amino acid sequence) in proteins they encode, are homologs. If two homologous genes occur in the same species as they are said to be paralogous and their protein products are paralogs.

An organism is said to being homozygous at a specific locus when it brings two indistinguishable (identical) copies of the gene affecting a trait present on the two reciprocal homologous chromosomes. (e.g., the genotype is RR or rr when R and r refer to the different possible alleles of the same gene). Such a cell or such an organisms are called homozygote.

Hetero means ‘different’ and zygous means ‘having zygotes of a specified kind‘. So we can explain it by saying that “when both the alleles present on the homologous chromosomes for a given gene different.

For example, one chromosome in homologous pair contains brown hair (R) and another chromosome contains black hair (r). So the resultant genotype is Rr.
Diagrammatic representation of Homozygous Vs Heterozygous 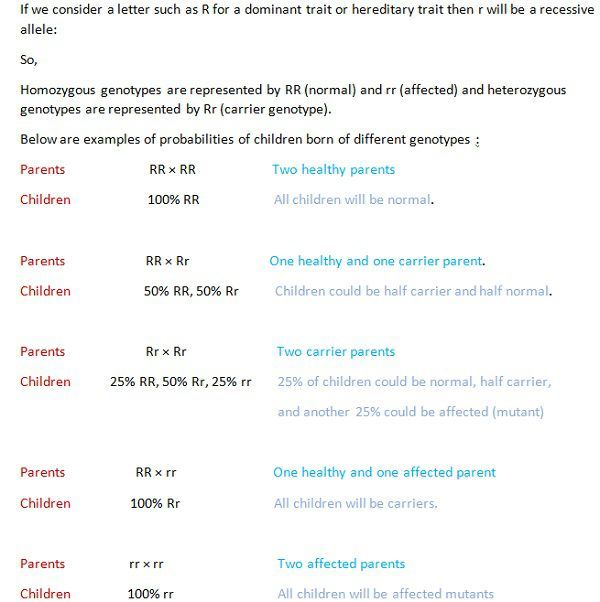 Key Differences Between Homozygous and Heterozygous

We conclude that homozygous and heterozygous are the two genetic terms used in the identification of traits, occurring in an organism. When two organisms breed, they produce a trait which is a combination of either series of dominant or regressive alleles. The way these alleles are combined will identify as they are either homozygous or heterozygous.