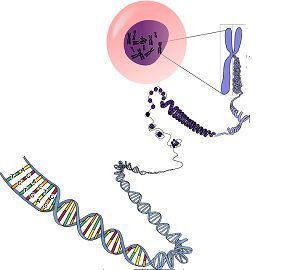 We all are aware of the DNA, RNA which are said as the genetic material and consist of the codes or bases A, C, G and T, and their combinations make the protein sequence. These proteins sequence are responsible for variations in the living organisms. The slight difference in the sequence makes the one individual distinct from other, if the change is within the species of a population, it is the mutation, while if the change is within the population that is variation.

Both terms are associated with each other and are said as the main reason for the evolutionary processes in any of the species, population or community. Mutations and variations also play a critical role for a group of organisms to adapt to the environment and is helpful in surviving. Though these processes have certain disadvantages too, as certain mutations and variations may lead to genetic disorders and severe diseases.

In this article, we will explore the difference between the two terms which are mutation and variation with a summary of them and their types.

Mutation is said as spontaneous change, which occurs at the genome level of an organism. It can occur in germline cell or somatic cell, but if it occurs in a gamete or gonadal cell it is transferred to further generation, which is not the case in somatic or germline cells. Mutations result in the change in the DNA sequence, which can be due to harmful radiations, environmental factors, smokes, or errors while DNA replication.

Though the mutations during the cell replication are often recognised by the cell and are resolved, some mutations have the potential to cause damage and become the fixed mutation. These fixed mutations are inherited and affect positively, while some may show the ill effects too and disease such as sickle cell anaemia, thalassaemia may arise. If mutations affect the gene activity it may cause cancer also.

Hereditary or chromosomal mutation is the mutations that occur in the germ cell of an egg (female) or a sperm (male), such gene change is the transferred or carried into the further living and dividing new cell of the new developing organism. Chromosomal mutations play a larger role in changing the genome as the changes are brought during the process of meiosis.

Some mutations are beneficial and give a positive impact to an organism and so termed as beneficial mutations as they support the individual in adapting the situations of the environment, while some mutations may be harmful and attract to disorders and diseases.

Genetic variation is the word used to show the distinct features among different organisms, how they variate from one other from hairs to nails, hands, heights, colours, body shapes, etc. It describes the DNA sequence which variates one genome from other, how the living organisms are unique from one another.

Variations help to change and overcome the populations according to the change in the environment. These variations support the individual to survive and produce more of its own kind, hereby passing the variations to the next generations. Variations are the main way for the process of natural selections, as it eliminates the factor which hinders the path of variation.

Key Differences Between Mutation and Variations

Following points are important on the way to differentiate the mutation and variation: