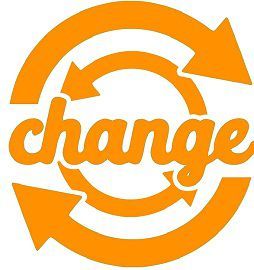 Evolution may evolve through many mechanisms like mutation, migration, genetic drift but natural selection is the most famous and the most strongly accepted one. While Artificial selection involves unnatural selection or selective breeding, with the interference of humans activity.

In Natural selection fittest organism is selected naturally, which is able to cope up and is adaptable to all kind of situations like variations in weather, temperature, shelter, gaining of nutrition, genetic drift, etc.

The idea of evolution was proposed by Charles Darwin and the theory is called ‘Darwinism’ or Natural selection theory. In the given content we will discuss the differences between natural selection and artificial selection, which could be helpful in knowing them better.

Theory of natural selection was given by Charles Darwin in the year 1859. In this process, we can say that when selective agencies are not humans and neither of their choices is favored in the process of evolution is called natural selection. This theory is widely accepted by a scientist in order to explain the working and selection of nature.

Evolution is the mechanism of natural selection, in which the fittest one are sorted and are permitted to survive and reproduce to give birth to their new generation while the weaker section which is not able to adapt or cope up with the natural changes or variation is not permitted to grow and reproduce further. It is applicable to all kinds of organisms whether it is a terrestrial, aquatic, or arboreal.

In this process, though the selection is very slow, the new generation which has been evolved from their ancestor becomes very transformed and more adaptable to the situation better than they were earlier.

By taking an example of a Giraffe, whose tall neck explain the theory of evolution. Earlier Giraffes ancestors did not use to have so long neck but to get food from the long trees, which was once unreachable to them and in order to survive, they slowly get transformed. Gradually and generation after generation they developed this unique identity of having a long neck, which was developed only because of the purpose of obtaining food especially from long trees.

Hence we can say that natural selection process, depends on environmental conditions like the variation in temperature, shelter, food, etc. But according to the theory of evolution, it is said that though it is a slow process which eventually gives rise to the new species.

Artificial selection is done to enhance the quality of a trait, or whatever desirable characteristics we need in that trait. By taking an example we will be able to understand it much better.

Suppose we need to grow the flowering plant, with some special character of our desire. For this, we will cross breed of the desired characters of a plant and ultimately if the situations favor, it will result in a plant with new and required characters. Though being a fast process than natural selection, the chances of survival are lesser and the new ones get totally different from their native generations as well.

Thus we can say that artificial selection doesn’t make a species stronger and fit for survival. This process is dangerous and is much in trend, due to the higher demands of good quality of fruits, vegetables, and pets such as cow, dog, buffalo.

We can conclude that change is the part of everyone’s life, gradually it gives rise to a new species, which can be totally evolved form of their very first species or ancestor. So we can say that artificial is planned selection while natural selection is natural.