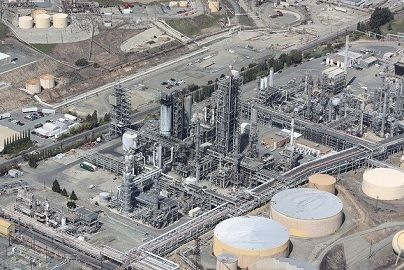 Liquefied Petroleum Gas or LPG is the very known name for all of you, as it is known as the cooking gas. It is one of the natural gas which can be obtained as a by-product from the processing of natural gas and petroleum refining. It consists of butane, propane and butylene. Compressed Natural Gas or CNG is widely used gas in cars, and it is also a natural gas which is obtained from methane wells, coal bed. It consists of methane.

These natural gases distribution is easy for the long-distance through the pipelines, and are cheaper than diesel and gasoline. LPG and CNG have a wide range of applications, like in industries, automobiles, as a cooking fuel, refrigerant, etc. However, these gases release greenhouse gas (CO2 and CO) but in less amount than the gasoline.

Deep beneath the surface, natural gas is found, these are called reservoirs. Millions of years ago, when the marine plants and animals died and sunk into the bottom of the sea, they got buried under sedimentary rocks by the natural process. Gradually, with the time, intense pressure and heat, these dead matters got transformed and converted into a gas, and that is natural gas.

Natural gas has many different compounds, and methane (CH4) is found in larger quantity, apart from this, it (natural gas) also contains hydrocarbons gas liquids, natural gas liquids and other non-hydrocarbon gases. With this, we will be learning about the general differences between the LPG and CNG, along with a brief description of them followed by the key differences on the same.

LPG is also known as autogas. Propane or butane is another name for the Liquified Petroleum Gas or LPG. This gas is highly flammable and is heavier than air; it gets settles at the bottom of the surface.

LPG is composed of the various hydrocarbons gases. It is widely available around the world and is considered as the most efficient, readily available fuel with economical prices. 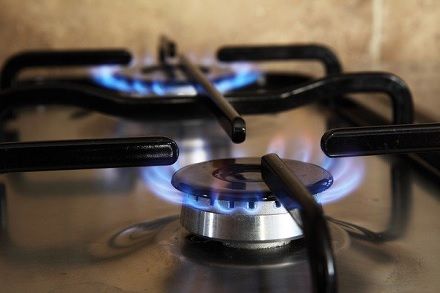 LPG is primarily used as fuel for heating cooking appliances, fuel for automobiles, and in some other industries also. These are produced as the by-product of the petroleum refining and natural gas processing. It is filled in the pressurized cylinders and sent for transportation or storage.

A foul smell, which we can sense is of the mercaptans, a substance introduced in such gas cylinders so that it can be easily recognized in case of any leakage.

Compressed Natural Gas (CNG) also known as “clean fuel“, is the compressed methane gas (CH4) at the pressure of 200 to 248 bars. CNG is cheaper than LPG. It is a non-pollutant, which creates a clean fuel and cause no harm to the atmosphere.

CNG is obtained from coal bed, methane wells, oil wells and from natural gas wells. This gas is produced by compressing natural gas made up of CH4 and methane. Likewise, the LPG, it is also stored in hard containers like cylinders at the pressure of 20-25 MPa.

As compared to the petrol and diesel, CNG is available at a lower price, so this is considered a good sign for the four-wheeler owner to switch to this pollutant-free or clean fuel from diesel or petrol. CNG releases very less amount of greenhouse gases than the LPG, that produces carbon dioxide; although both are cleaner than compared to gasoline.

Given below are the points that show the general differences between the two types of natural gases:

Earlier, LPG was considered as the clean fuel, but nowadays CNG is regarded as the clean fuel and has replaced diesel and petrol automobiles. But due to the volatility nature, narrow range of flammability and high auto-ignition temperature (540o C) CNG is not used as the cooking gas. So, LPG is still used and has maintained its importance in becoming useful and essential while cooking.

But, after such advantages and usefulness, these gases have the biggest disadvantage, and that is they catch fire, and LPG catches too quickly as compared to CNG. So, one should be careful while using these gases.