The main points of distinction between Renewable and Non-Renewable resources are the amount at which they are used, and the rate of exhaustion, their costs, effects on the environment.

Resources can be defined as available means or stock from which the individual is benefited, while natural resources are such resources which are available naturally on Earth, these can be biotic (living things) like plants, animals (their products), birds, marine organisms, mineral fuels (oil/ petroleum, coal) or abiotic (non-living) like sunlight, water, air, minerals.

These resources are used and beneficial to us in many ways, like plants provide us medicine, fruits, flowers, vegetables, paper, rubber, etc., water is used for drinking, cleaning, whereas sunlight is used as solar power, and in plants as photosynthesis, fossil fuels like coal and petrol works as energy source for many machines.

In this content, we will review the characteristic points between renewable and non-renewable resources, with a brief description of them.

Though due to the misuse, these resources are not present in the pure form as they are and therefore resources such as water, sunlight, should be used with care and focus should be on managing the quantity as well as the quality of it, so our future generation can also use them. 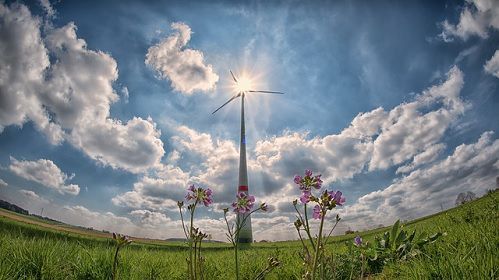 Hydro energy (Water) is considered as one of the most critical Renewable resources because it contributes in the water cycle, but due to increase in population and pollution, this natural resources has become most contaminated.

Solar energy is provided directly by the sun and is one of the purest forms of the natural, renewable source of energy. It is the most used form of energy by all living being and is used for various purposes like water heating, in generating electricity, desalination of seawater, etc.

Wind power is the form of wind energy, which can be used to generate electricity. Geothermal power is the energy gained from the Earth.

Biomass is the energy obtained from the waste of living or dead animal and plants. This energy is used to produce heat and electricity. The soil is also one of the essential natural resources, as all pants grow from this layer, and we get our food from plants.

Coal, Petroleum, Minerals, Natural gases are common examples of Non-Renewable resources. The Fossil fuels are the most critical Non-Renewable resources, as these resources took centuries to convert into such form, they were formed by the natural process, deep inside the Earth. They are present in limited stock and once depleted, it takes thousands of years to form or renew. Some of the fossils fuels are coal, petroleum, natural gas. 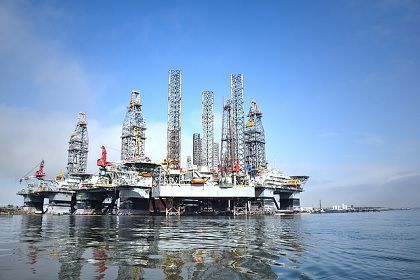 Coal is the kind of fuel used to generate electricity and other machines like the steam engine. It is known as a ‘black diamond‘. Petroleum or crude oil or mineral oil is used in various ways, as it gives us petrol, cooking gas, diesel, kerosene after the extraction process. Many cosmetics, lubricants, and plastic are the products of petroleum. The wells of the petroleum are found the undersea floor or in deep Earth.

Nuclear energy is also the Non-Renewable energy because mainly Uranium is the fuel used for the production of such energy. This element (uranium) is in limited stock, and so consider as Non-Renewable source. Though the electricity produced from the nuclear energy is safe for the environment as it does not releases carbon dioxide like the other.

Following are the essential points to review the difference between renewable and non-renewable resources:

Living and non-living resources living on Earth, together constitute the Natural resources. We directly or indirectly use these resources and make full use of it. These resources can be beneficial or harmful too.

Some of them are unlimited in stock, while some are disappearing, concerns are that the upcoming generation might not see these resources or they can face the harmful effects tomorrow, which are being caused by us today. So we should care and use these resources wisely and thus help the environment in maintaining its beauty.