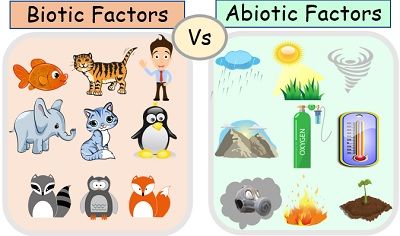 We can divide the ecosystem into two main categories: abiotic and biotic, based on whether they are living or non-living. Our ecosystem acts as a platform that portrays the interaction between the biotic and abiotic factors.

The biotic factors include the living components that can grow, survive and adapt. Whereas the abiotic factors are simply the non-living elements of the environment. They tend to impact the rate of growth, survival and adaptation of the biotic components.

We have briefly elaborated on the primary differences between the biotic and abiotic factors in this context.


What are Abiotic Factors?

The abiotic factors are the non-living elements of the environment. They control and affect the surviving abilities of any living organisms.
Most of the time, they serve the role of limiting agents that regulate the growth and development of any species.

“Any non-living component of the environment that directly or indirectly influences biological and ecological factors is an Abiotic Factor“.

All the major and minor biomes on the earth depend on some vital abiotic factors.

For example, if the temperature of a particular ecosystem is raised, then the rate of photosynthesis will increase automatically. This is because the enzymes involved in the reaction will work more efficiently. Thereby the overall rate of plant growth increases.

Similarly, the fauna of that region will have to spend a lesser amount of energy on keeping their bodies warm. This saved energy can further be used in their growth and development.
They have to invest a smaller amount of energy in searching for food because of the excessive plant growth.

Categories of the Abiotic Factors 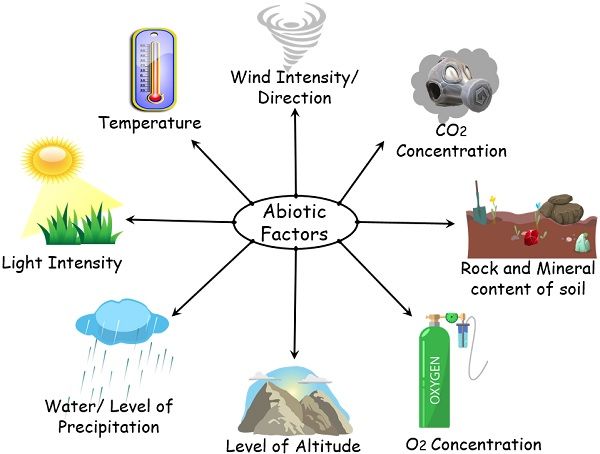 On a broader facet, we can divide the abiotic factors into three sub-categories:
Climatic
These are the climate-related factors, including temperature, humidity, water availability, humidity, sunlight, wind direction/ intensity, carbon dioxide concentration etc.
The climatic factors vary according to the occurrence of a particular ecosystem. As the area or the medium changes, the climatic components influencing the living entities changes too.

For instance, in an aquatic ecosystems, some significant abiotic factors are:

Edaphic
Edaphic relates to land and the components associated with it. Every geographical location has a different landform and soil type that impacts on living life of that region.
They involve topographical features like:

Social
These are the human-induced factors like farming, mining, construction, technological implantation etc.
They never influenced the environment in earlier times and thus were not considered the essential abiotic component. But in today’s time, they impact the flora and fauna of most of the ecosystems existing on the earth. Therefore, we can infer them as artificial abiotic components.

The abiotic components, including wind, water, sunlight, soil etc., all are renewable resources. They help the organism to survive on the earth. Humans exploit these resources for their own good. For instance, water, sunlight, and wind are used to produce electricity.

Temperature: This decides the type of vegetation and the wildlife of any specific location.
Let’s take the example of a freezing tundra and a scorching desert. The tundra will have those plants and animals that can tolerate the low temperatures. While flora and fauna of the desert region will be that can survive the high temperature.

Sunlight: For plants, either terrestrial or aquatic sunlight is needed for photosynthesis. The amount of sunlight exposure may vary from region to region.
In the same manner, an animal too gets influenced by sunlight exposure. For example, in aquatic ecosystems, the diversity of animals vary as per the intensity of light.
The species in the upper region, i.e., the euphotic zone, will receive maximum sun rays. While the species will differ in the twilight area or dysphotic zone. Here, the species will get moderate penetration of light. Whereas those living in the Aphotic zone are deep below where the light intensity is almost nil. Here, the organisms found generally lack visionary ability.

Soil: The nutrient composition of the soil also determines the type and amount of biotic world of a specific area.
For instance, the soil of tropical forests is rich in nutrients and moisture content. The soil here contains plenty of humus generated by dead and decayed organic debris. For this reason, there is dense, diverse plant vegetation.
In contrast, the soil of the taiga region is devoid of nutrients and is dry in nature. Thereby they possess a limited variety of species.

What are Biotic Factors?

The term biotic comes from two roots words- Bio = living and ic = like.
As the name suggests, this category of the ecosystem comprises living entities. They are simply any component on this earth that is alive.

Definition of the Biotic Factors

Criteria for being a Biotic factor

These components include the living members of the environment linked together in a food chain or a web. It relies on the simple formula that one survives over the other. Or you can say that the one living species eats the lower group while it gets eaten by the upper group of species.

Producers: They are generally chlorophyll bearing green plants or autotrophs. They can produce food from inorganic elements like water, soil, sunlight etc. 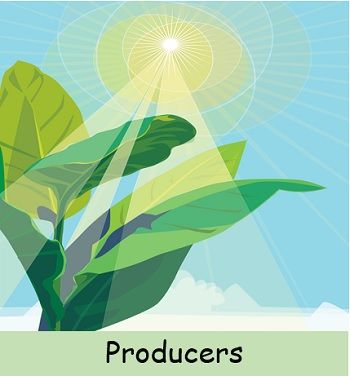 Consumers: They are heterotrophs that rely on producers for their food. Based on the complexity of the food requirements and level of cellular organisation, we divide consumers as follows: 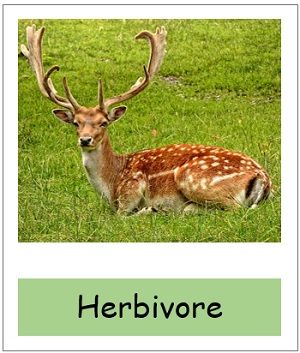 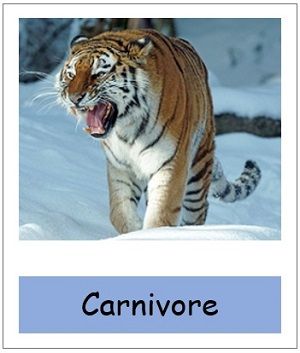 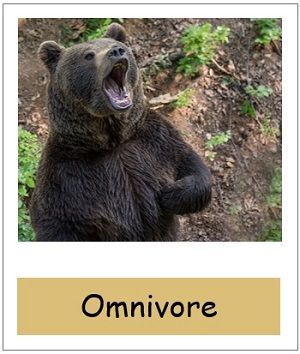 Detrivores: They are also consumers. But they consume only dead or decaying organic matter. They survive by decomposing the nutrients left in the body after death, thereby also referred to as decomposers.
Some common examples of detrivores are Earthworms, fungi, dung beetles, millipedes etc. 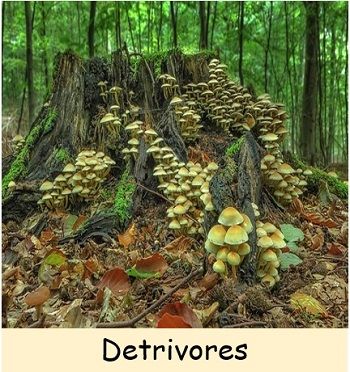 They are the living, renewable resources available in the ecosystem. There is a different type of biotic resource in each and every biosphere. For instance; on terrestrial biomes, these resources are
plants and plant products, including spices, timber, food, medicines etc.
Animals and their products like meat, milk, eggs, wool etc.
The decaying organic debris also serves the role of resources in the form of minerals and fuels.

Relation between the Biotic factor

The biotic factors get influenced by several phenomena like: 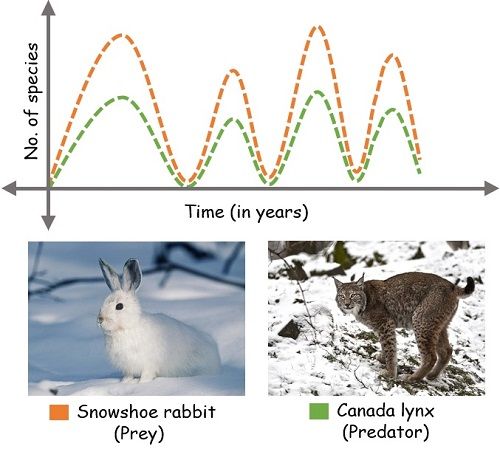 Coming points are the key differences between the abiotic and biotic factors:

Our biosphere consists of the biome, ecosystem, community, population, and species and includes every factor present on earth. Whereas ecosystems contain the synergy between non-living (abiotic) and living (biotic) factors and cover every area deep inside the water, in the air, or on land.