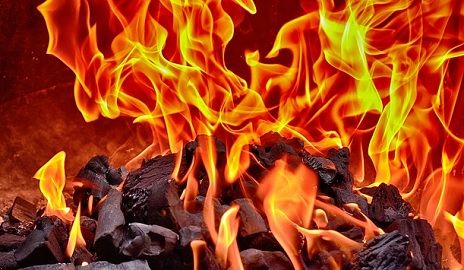 Carbon Dioxide is naturally present in our atmosphere and as it is excreted out during the process breathing by the animals and humans. On the other hand, Carbon Monoxide is toxic, and it produces suffocation if it builds while incomplete combustion of coal, fossil fuels, etc.

In the layman language, both the terms are sometimes used interchangeably and create confusion. As they have few similarities and incorporates carbon and oxygen as well, and are the byproducts of the things which carry carbon like fuels, coals, woods, and natural gas.

We all are aware of the three states of matter, which are Solid, Liquid and Gas. In this context, we will be discussing the two most common gases present in our atmosphere, how they vary from each other, their effects and their similarities. These gases are Carbon Dioxide and Carbon Monoxide.

The chemical compound is having the chemical composition of one carbon and two oxygen atoms. It is presented by the molecular formula as CO2. It is also known as ‘dry ice’ in its solid-state. Carbon dioxide acts as a greenhouse gas and is one of the essential components of the carbon cycle.

There are many sources of CO2, which includes natural sources like combustion of the organic matters, volcanic outgassing and through the breathing process performed by the animals and humans (where they inhale O2 and exhale CO2) and the cellular respiration process performed by the aerobic organisms. Other sources include the burning of woods and fossil fuels, the fermentation process carried out in many industries.

Plants provide oxygen to the atmosphere and use carbon dioxide to perform the process of photosynthesis, to generate energy. CO2 also protect the atmosphere from some of the harmful radiations encountered on Earth, by emitting them back to space and thus known as a greenhouse gas.

CO2 has a molecular mass of 44g/mol. It has one carbon atom, attached to two oxygen atoms on both the sides and thus giving a linear molecular shape. The bonds shared by them is the covalent bonds. Carbon dioxide is non-flammable, its poisoning is rare. Though mild poisoning is observed when the concentrations become less than 30,000 ppm (3%), the current level of CO2 is 400 parts per million (ppm) on the planet. The level at 80,000 ppm (8%) is considered to be life-threatening.

Carbon Monoxide having the molecular formula as CO with the molecular mass of 28.01g/mol. It has one carbon and one oxygen atom and has a linear structure and share a triple covalent bond between them. Among these bonds, one bond is coordinate covalent bond (one atom donates both the electrons in shared pair).

CO is the gas with no odour and taste, but it is the poisonous gas, and its breathing or higher level of exposure can be life-threatening. As soon as carbon monoxide is breathed in, it gets into the bloodstream and forms carboxyhaemoglobin, by combining with the haemoglobin present in the blood. As a result, the blood is not able the supply oxygen to the cell’s and tissues which result’s in the death of a person.

The low-level exposure to it may result in dizziness, headaches, stomach ache, confusion, tiredness. Carbon monoxide is produced due to incomplete combustion of fossil fuels, gas, oils, volcanoes, and woods. The smoke from cigarettes, running card and burning charcoal also produces this harmful gas.

Household appliances such as water heaters, cookers, central heating system, gas fires, boilers are also the sources of accidental exposure effective gas. The CO is most effective to the Older adults, the person with the chronic heart disease, unborn babies, person with the lungs infections.

One can use the carbon monoxide detectors in their homes, proper ventilators in houses should be there can be the preventive method. Less than 100 ppm is the reason for the dizziness and headaches, while 0.1 ppm is the average CO level on the Earth. The concentration around 700 ppm is hazardous to health.

Given points are the critical one to understand the essential differences between Carbon dioxide and Carbon Monoxide:

We can sum up by saying, that with the difference of an oxygen atom in both the molecules, these molecules seems to variate explicitly and affect the living beings and nature in a distinct nature. As carbon dioxide is released by the animals and used by the plants, so its presence in the atmosphere is tolerable up to certain limits, but increase in the level of the carbon monoxide may cause toxicity and causes symptoms like ‘flu’ and suffocation.