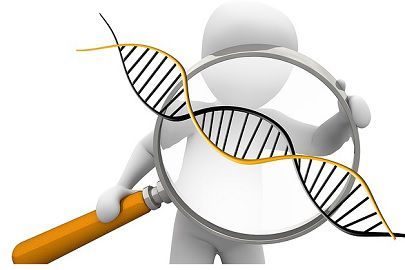 There are total 46 or 23 pair chromosomes in a cell of the human body, out of which 44 are said as autosomes, and the remaining two are set of sex chromosomes which can be ‘XX‘ for females and ‘XY‘ for males. The male and female each transfer 44 autosomes and one sex chromosomes. This pairing further decides the sex of zygote.

But due to some mismatching of the chromosomes, results in such cases. There are many other problems faced by the sufferer, as they differ from the normal human being in physical appearance too. Though there are rare cases of occurrence and even there treatment is not easily available. In this article, we will focus on the points which bifurcate the two syndromes.

This is also known as monosomy, XO or 45 (2n-1), here the set of chromosomes are found to be irregular in females. There is partly or completely missing of an X chromosome. These types of females are sterile (infertile), lack menstruation, webbed neck, short stature and undeveloped reproductive organs. They may also suffer from cardiovascular disease and other hormonal problems.

In this condition, there is missing of one the sex chromosomes, and so instead of the total 46 chromosomes, the effected person has 45 only. This syndrome is due to chromosomal impairment; they are not inherited. Turner syndrome got its name after ‘Henry Turner’ who identified it in the year 1938. It occurs 1 in 2500 births in the female.

This happens due to genetic variations and can be treated with growth hormone or estrogen replacement.

This is also known as trisomy, XXY, or 47 (2n+1), where the set of chromosomes is found irregular in males. These type of males are sterile and has small testicles. This syndrome occurs rarely, that is around 1 in 1100 births. This syndrome is not inherited from one generation to another. In this condition, there is the pairing of extra X chromosome, along with the Y chromosome and result in XXY, rather than the normal XY condition.

Along with the sterility, these males have other different features too, like greater height, breast growth, poor body muscles, less body hair, they are mentally disabled, and have difficulties in reading and speech. These symptoms are sometimes noticed at the time of puberty.

This syndrome got its name after the identifier ‘Harry Klinefelter’ in 1940. Although these are the genetic variations and are irreversible, but can be treated by giving testosterone or hormone therapy.

Given below are the substantial points which differentiate both the syndromes:

Above we consider the difference between the two syndrome, which occurs due to variations in the sex chromosomes. Hence we can say that these syndromes cannot be appropriately treated as few treatments are only available, but not conveniently, though they are not inherited to other generation.