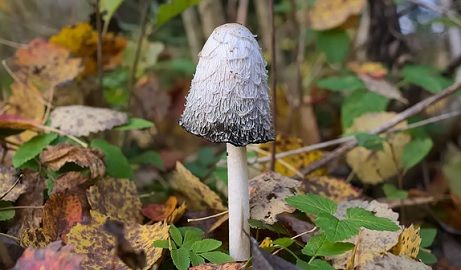 Scavenger is the organisms that break apart the dead and decayed matter into smaller particles. In contrast, decomposer is such organisms that further break-down or decompose the dead matter (dead plants and animals). As a result, they provide nutrients to the soil by producing products such as nitrogen, phosphorus, calcium.

Therefore we can say that scavengers are the one who initiates the consumption of the dead matter and the decomposers finish it, and provide nutrients back to the soil; they both are associated with the third trophic level food web.

Scavengers can be insects, birds, worms, fishes and crabs, while decomposers can be bacteria, fungi, invertebrates like earthworms, millipedes. Scavengers and Decomposers play an essential role in decomposing the dead and decay plants and animals, which is helpful for the ecosystem.

Decomposition is an important natural process which is needed to maintain the ecological balance; because through the decomposition the dead organisms again gives back the nutrients to the environment that has been utilised by it and thus the process of recycling goes on.

However, this content is about the differences between the scavenger and decomposer, which we will be going through by discussing them in the comparison chart, with a brief description, similarities shared by them, and key differences on them.

Scanvenger is such animals that feed on dead and decay animals that have died apart from predation. These (scavenger) are also known as carrion-feeder or detrivores. Organisms like, carrion beetles spend their lives on decomposing dead animal matter. These beetles start decomposing the body, after entering into it.

Generally, scavenging is the process assign tho the carnivores feeding upon animals, but it is also related to the herbivorous feeding. Scavenging promotes the shortcomings in the availability of food resources in the environment; it is affected by temperature, habitat, seasons and biotic as well as abiotic factors.

By ingesting the organic matters, and thus breaking down on the particles into smaller particles, they are helpful in promoting the disposal of dead bodies. They consume only dead organisms that have died to some or the other reason apart from them being killed by another animal.

Scavengers can be facultative or obligate; most of the animals are facultative scavengers. In this (facultative) type of scavenging the scavengers, obtains their food through predation; although obligate scavenging is rare as it is tedious work to find carrion without using energy. Scavenging is quite threatening also, as they directly or indirectly may spread disease among animals.

Earthworms, Vultures, Crow, Carrion Beetles, Termites, are the few examples of the scavenger.

Decomposers consume dead materials, like dead animals, plants, faeces, animals carcasses and wood. Decomposers are biologically known as saprotrophs. They are the members of the cleaning crew of Earth’s. As without them waste materials like dead insects, animals, plants and its leaves would have been gathered everywhere, and we even can’t imagine that situation.

The significant fact is that, after decomposing, these (decomposers) provide nutrients to the primary producers like algae and plants. After the role of scavengers, that break the substance into smaller particles, there reach the decomposers which break the more complexed organic materials into more simple or elementary substances; carbon dioxide, water, calcium, nitrogen and phosphorus. These are materials that a plant requires for its growth. 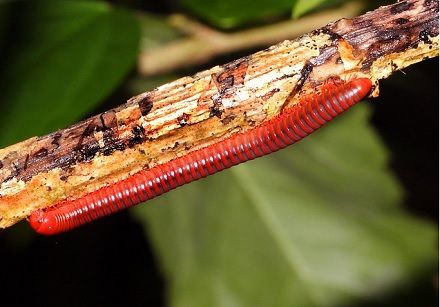 Decomposers can be specialised or generalised, specialised one feed on specific kind of dead organisms, while generalised one may feed on different organisms. Organisms such as protozoa, bacteria, and fungi are categorised as decomposers; even invertebrates like millipedes, earthworms, and termites are detritivores.

In the forest area, some fungi like mushrooms, are the significant decomposers, as they do not contain chlorophyll (for making its own food), rather they extract the nutrients from the dead plants and materials, which they decompose with the help of certain enzymes.

Key Differences Between Scavenger and Decomposer

Upcoming points are significant to get the clear differences between the two type of natural cleanser present on Earth, which are scavenger and decomposer:

Scavengers and decomposers are known for decomposing the organic matter, which dead and decaying plants and animals, and in return, they give nutrients to the soil. In this way, they are helpful and much-needed organisms for the ecosystem, as they work as the natural cleanser for the land and in water too.