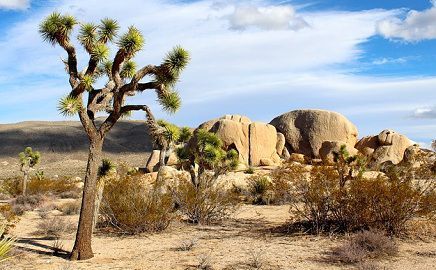 Primary Succession can be defined as the process of growth in an area that was previously uninhabited, barren, unoccupied and there was no initial vegetation. On the other hand, Secondary Succession can be defined as the growth of the community in such area which was previously occupied, inhabited and that has primary vegetation but got disturbed or damaged due to some external or internal factors.

The example of Primary Succession is the newly formed bare rock, desert, ponds, etc., while the area covered under deforestation, or affected by natural calamities such as flood, earthquake, etc. are the examples of Secondary Succession.

The ecological succession can be defined as the gradual and natural process, of the development of the biological community. The time taken for such development can be decades or over million of years. The process begins with the growth of a pioneering community, initiate from the bare rock, the lichens, and few plants species.

The next is the development of the intermediate species which includes the grasses, shrubs, trees like pines, etc. The last is the climax community which got developed into the oak and hickory types of shade-tolerant trees.

‘Succession‘ is a part of directional temporal changes in a community – which refer to the changes a single location; these can be seasonal, diurnal or long term changes. The process of ecological succession is divided into two parts – Primary Succession and Secondary Succession. In this article, we will mark out the difference between the both along with the small description on them.

Primary Succession is the initial stage of the development of any community. As it starts growing from the area where there is no suitable condition for sustaining life. Gradually the advancement goes on, from the barren area, rocks and non-vegetative fields to the expansion of the developed community. The evolution is so slow that it takes thousands of years to build such area.

Primary Succession is the first life form to appear in any environment, whether it is a terrestrial, marine or fresh water. In this case, there is no previous living material present. And the organisms which establish themselves in the initial stage are called the primary colonizers or pioneer and community of that species is called primary community. Lichens and algae are the typical examples of this succession.

The community that existed previously, but has been removed due to the natural disturbances. Even the land still marks the presence of the essential nutrition, which is required by all forms of life to grow. This kind of succession occurs in the forest, which has been cut recently, plowing fields, flooded lands and the area which were destroyed due to natural calamities.

Thus it can be said that Secondary Succession occurs when the land of primary succession get disturbed, due to some biological cause or
internal factors.

Given below are the substantial points, for distinguishing between both kind of ecological succession:

We can say that the ecological succession is the sequential progression, evolving the new species. These changes at the stage of climax condition produce a stable community, which is dominated by a particular kind of species as those were only able to cop up in that environment. Hence this kind of succession is necessary and fruitful to the environment, to maintain the ecological balance.