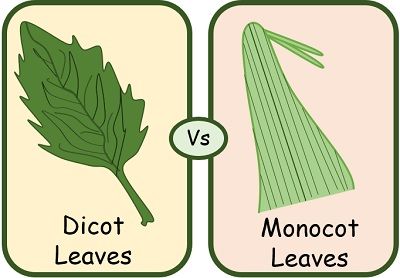 We divide angiosperms into two main categories that are monocot and dicot. The leaf acts as a location where photosynthesis occurs for both of them. But both of their leaves vary immensely concerning the structure, characteristics and orientation.

Both the upper and the lower surface of a monocot leaf is equally exposed to the sunlight. And thus, both the surfaces are identically green in colour.

Here, you will learn the significant differences between the monocot and dicot leaves.

What is a Monocot Leaf?

Around 60,00 species of angiosperms are monocotyledon plants. We refer to them as monocots as they bear only one embryonic leaf, i.e., a single cotyledon. The leaves of the monocot plant are easily identifiable by their appearance. They are usually linear, long and slender with parallel venation.

Monocot leaves are directly attached to the stem without any petiole. They bear a very slender and flat lamina (leaf blade). 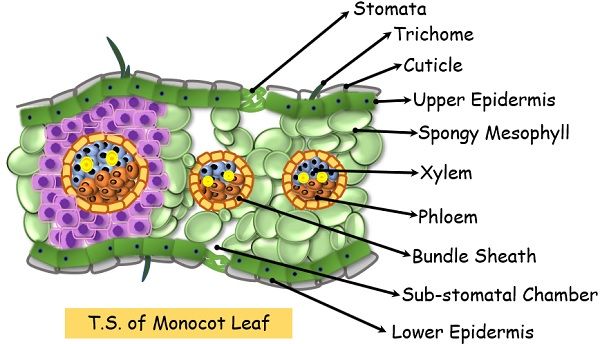 What is a Dicot Leaf?

The dicots refer to those angiosperms that comprise two cotyledons. About 1,75,000 angiospermic species are dicots.

The leaves of dicotyledon plants are non-linear with a broad leaf blade or lamina.

Note: The cotyledons are embryonic leaves.

In dicots, two or more leaves can arise from one same node. These leaves are generally rounded that have reticulate venation. 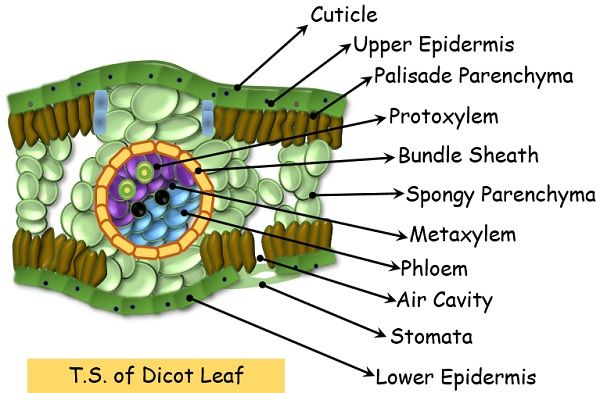 Anatomical Characteristics of a Dicot Leaf

The monocots and dicots are the two types of flowering plants. Their leaves usually perform the same function, but they vary greatly in their structures and cellular orientation.

The monocot leaf is slender and long and has parallel venation. In comparison, the dicot leaves are broad and have reticulate venation. By this structural difference, one can easily identify whether the plant is monocot or dicot.