All the animals present on earth are either Invertebrates or Vertebrates. Invertebrates make up the larger proportion i.e. approx 98% of the total animal kingdom whereas vertebrates are only 2%.

The invertebrates are organisms with simple structures and uncomplicated living mechanisms. They are known as invertebrates as they lack the vertebral column or vertebrae to support their body. Invertebrates lack a proper endoskeleton and also a developed nervous system.

Contrarily the vertebrates are complex organisms with well-defined structures with intricate life processes. They bear vertebrae for either some period or the whole of their lifetime. The vertebrates possess bony and cartilaginous endoskeletons to support their body organization. They also have developed organ system machinery like the nervous system, respiratory system, digestive system etc. 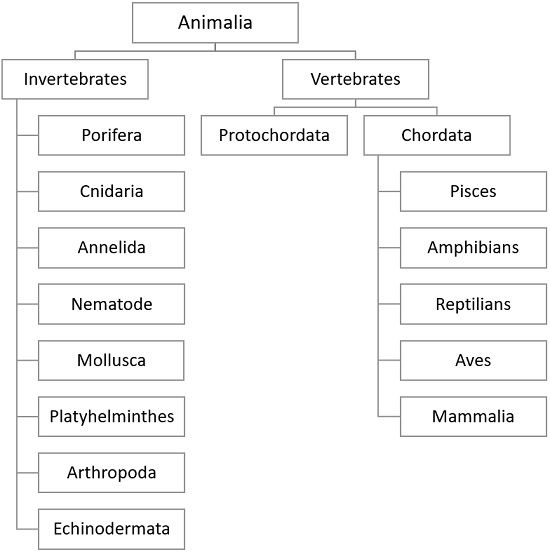 Vertebrae are a series of small interlocking bones that combine to produce a long spinal column in which the spinal cord is situated. These tiny bones are interconnected through facet joints that aid the mobility of the spine. This vertebral column thus provides mechanical support and protection to the sensitive spinal cord.

The living entities that lack the vertebral column or backbone are categorised as invertebrates. They are found in almost all kinds of habitats because of their ability to survive in a variety of environments. Thus, they are highly diversified and are easily found in fresh or marine waters, on lands, desserts, as well as inside another living body as parasites. 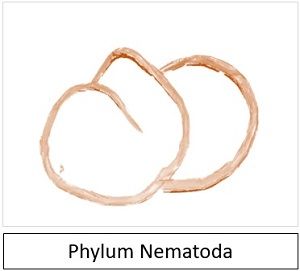 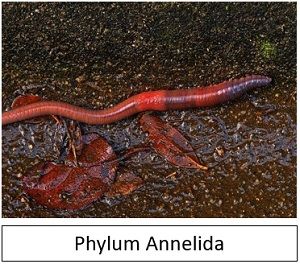 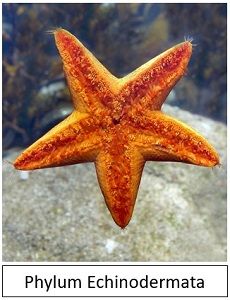 The organisms with a backbone or vertebral column are known as Vertebrates. These are comparatively higher animals with developed internal skeleton and muscular system that aids their easy movement. The presences of the vertebral column provide a definite structure, rigidity as well as flexibility to the body.

The small vertebral bones are interconnected and are segregated by soft cushion-like tissues termed discs. The vertebral column is hollow inside through which the spinal cord runs. These hard, bonny but flexible vertebrae thus protect the sensitive spine from damage.

The Vertebrata can be divided into two major divisions: 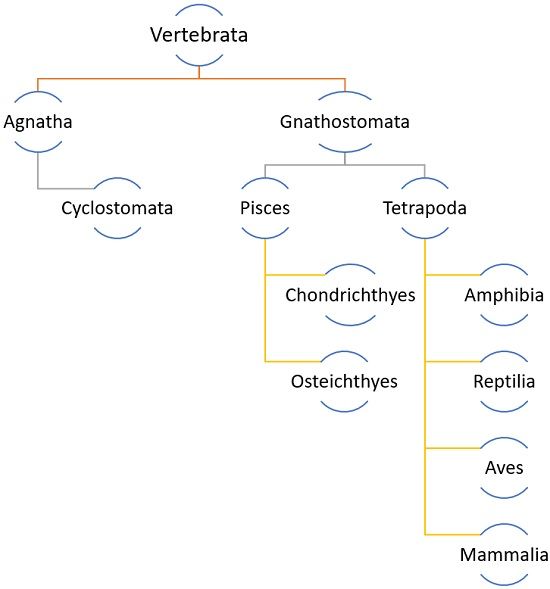 1. Agnatha: These organisms are deprived of jaws thus are often referred to as jaw-less animals.
The major class of Agnatha is Cyclostomata. Cyclostomata includes ectoparasites that live on certain fishes.

2. Gnathostomata: They are jaw bearing organisms.
They are divided into two superclasses:

a. Pisces: This superclass includes fins bearing organisms.
It is again divided into two classes: 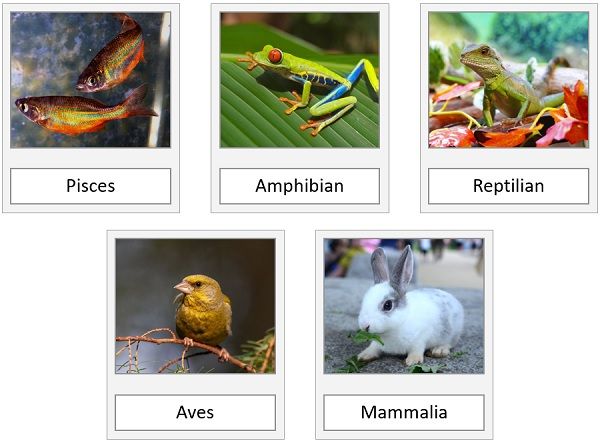 b. Tetrapoda: These organisms are the ones that bear limbs.
They are divided into four classes:

Key Differences Between Invertebrates and Vertebrates

Following are the key differences between Invertebrates and Vertebrates, which may be helpful to some extent in understanding them:

The invertebrates are the lower animals that have less developed structural organization due to the absence of vertebral cord, gill slits, endoskeleton for internal support and a well organized nervous system.

Contrarily the vertebrates being more developed possess all these characters like notochord, pharyngeal gill slits, bony skeleton, and a developed nervous system.

Both the categories include the organisms that are important to the environment in one or the other way, thus it becomes important to have thorough knowledge about their classification.