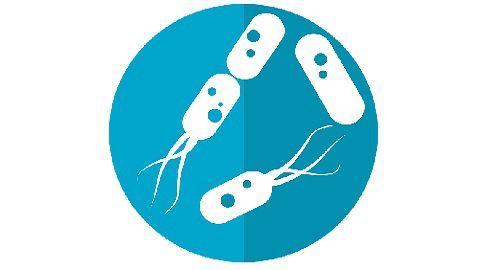 Firstly the one which is associated with the cell wall of Gram-negative bacteria known as lipopolysaccharide, while the other one is the proteins, which act at the tissue sites after releasing from the bacterial cell. So, endotoxins are the cell-associated toxins, while the exotoxins are extracellular diffusable toxins.

Bacterial toxins are proteins that are capable of achieving various tasks. They function as individual molecular devices, targeting the specific cell of an organism and destroying them in some of the other ways. Toxins can trigger the host in multiple ways, for example, by activating immune responses (S, aureus superantigens), inhibiting protein synthesis (diphtheria toxin), activating secondary messenger pathways (cholera toxin), by damaging cell membrane (E.coli hemolysin) or even by the action of metalloprotease activity (tetanus toxin).

Toxins are present and can function in a variety of forms, among them Lipopolysaccharide (LPS) is considered to be the most powerful endotoxin. In this content, we will discuss the points on which the two toxins ‘endotoxins and exotoxins’ differ with a brief description of them.

The endotoxins are located in the cell envelope or outer membrane of the bacteria, these are referred to as cell-associated substances which are responsible for the structural components of bacteria. Endotoxins are also called as Lipopolysaccharides or LPS. The LPS are present on the outer surface of the Gram-negative bacteria and under some condition becomes toxic to the host to which it is attached.

In bacteriology, the term ‘Lipopolysaccharides’ is reserved to the complexity associated with the outer surface of the Gram-negative pathogens like Escherichia coli, Pseudomonas, Shigella, Haemophilus influenza, Vibrio cholerae, and Bordetella pertussis. The LPS discharged at the bacterial cell lysis or cell death. In this, the toxicity is related to the lipid component (Lipid A), while immunogenicity is with polysaccharide components.

In the animals, the LPS evoke numerous inflammatory responses and activates complement by the alternative pathway. The Gram-negative bacteria release a small amount of endotoxin while growing, which plays an important role in enhancing the natural immunity.

Exotoxins are generally secreted by bacteria and act enzymatically or with the direct action of the host cell. These are released by bacteria into the surrounding. Exotoxins are proteins or polypeptides, and most of them act at tissue site which is away from the original point of bacterial growth or invasion.

These are the virulent strains of the bacterium which produce toxins, whereas nonvirulent strains do not. Exotoxins are considered to be the most toxic and lethal substance, and they are toxic even in nanogram-per-kilogram of concentrations.

Key Differences Between Endotoxin and Exotoxin

Given points will get to know the precise differences between endotoxins and exotoxins:

Bacterial toxins are the most powerful and effective human poisons and highly active at high dilutions. In this content, we came to know about endotoxins and exotoxins and how they differ and affect the animals and their immune system by their chemical nature.