Bacteria are said to occupy the large domain of the prokaryotic cell, while the virus is known as minor infection causing agent. Secondly, bacteria reproduce by themselves through asexual method whereas virus needs a host cell to replicate as they lack cellular machinery but consist of DNA and RNA.

When people fall ill, the first thing that struck to their mind is about any contamination, related to bacteria, fungi or virus. This routine is typical in all age of peoples, as these terms like bacterial or viral infection are very familiar to us these days and can affect any time.

These microbes (bacteria and virus) are invisible from the naked eyes and mark their presence since more than 3500 million years. Bacteria cause localized infection, while virus causes systemic infection in the body, both are present widely and in various forms. Most importantly antibiotics drugs effectively work upon bacteria, but it is not the same as the viruses.

There are many more differences and interesting points to notice about bacteria and virus, which we will be discussing in this article, with a brief summary.

Bacteria are a prokaryotic, unicellular organism, that is found in the deep earth, ocean, air and inside the human’s body. The whole body of the bacteria is made up of the single cell and is very simple to understand in comparison to the eukaryotic one.

They are not always harmful as viruses, and they proved to benefit economically, as well as scientifically. The outer structure of the bacterial cell is made up of two layers, the outer one and the inner one, the cell organelles are not well developed, the nucleus is free floating. Certain bacteria have extra circular DNA also, known as a plasmid. 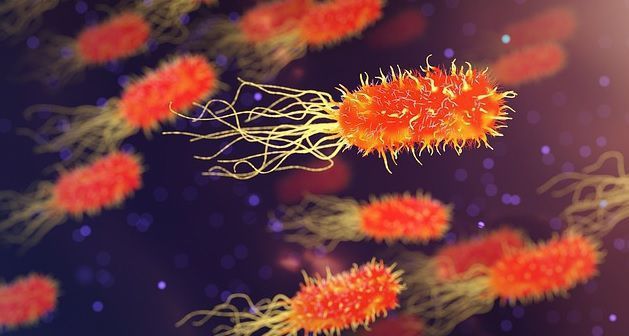 There are various ways to classify bacteria, which can be on the basis of the cell wall, their size, shape. The bacteria multiply asexually by the process of binary fission or budding. There are three methods of gene transfer, which are transformation, transduction, and conjugation.

Bacteria are environment-friendly too, they help in nitrogen fixation for plants, and in cellulose and biodegradation. Bacteria are also used in food and chemical preparation. They are used in preparing antibiotics too.

The virus is a Latin word, which means “poison” or “slimy liquid” and is known as a very small infectious agent, visible through an electron microscope. They do not have any cellular structure but contain genetic material within a protein coat. The study of the virus is called as ‘virology’.

The virus is being placed under special taxonomic position and has their own kingdom because these are not animals, nor plants and neither comes under any category of prokaryotic cells. They do not have the capability to reproduce and divide by their own, hence cannot be said as organisms.

The only thing they have is the DNA or RNA and protein as their genetic material. Almost all the virus is susceptible to infection, and different types of virus invade different type of host cell. 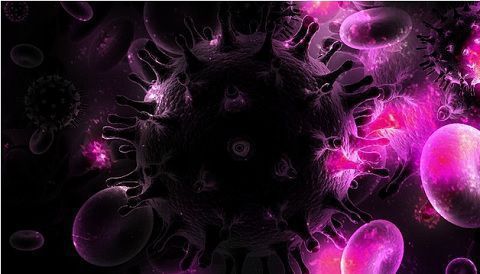 Virus penetrates into the host cells inside the body, and use their machinery to get replicate and spread, and further, they destroy the invaded or infected cell. The infection caused by a virus is called as viral, and these can attack any type of cell, that is it can be a plant cell, a human cell, a bacterial cell, etc. and thus resulting in different types of viral infection. These viral infections can last up to a certain time, or they can be permanent and life-threatening too.

The Dutch scientist ‘Martinus W. Beijrinck‘ was the first to inform that virus are the new infectious agent and named it as ‘vivum fluidum‘, which means a new live reproducing organism, which is different from other organisms. Before this, the Russian scientist ‘Dmitry I. Ivanovsky’ in the year 1892, noticed the activity of the viruses. Later on, both the scientist came to know about the disease of tobacco plants called as tobacco mosaic virus.

The protein coat is called the capsid, protects the nucleic acid. The nucleic acid is the main constituent, which can be DNA (deoxyribonucleic acid) or RNA or ribonucleic acid). The virus attaches to the cell’s receptor present on the surface of the cell, these are very specific for every surface, and then the virus infects and gets attached to cells machinery. Here they (virus) start replicating, and later the virus kills the host cells and gets itself release and further attacks a new cell.

Key Differences Between Bacteria and Virus

Following are the important points to differentiate between bacteria and virus:

In the above article, we discussed the points on which the bacteria and the virus differ. These microbes affect every form of life and are found everywhere. As said that bacteria can be useful in many ways, but not virus, as they cause harm to every living being in one or the other way. So, one should be careful and take precautionary when caught by any kind of bacterial or viral infection.