The word ‘gram-staining‘ technique arose from the Danish bacteriologist Christian Gram in 1884. This stain is a weak alkaline solution of a crystal violet. Though it is an old technique, still consider as the cornerstone in the field of microbiology for bacterial identification.

Bacteria are the oldest form of cellular life. They are also the most widely dispersed, occupying every conceivable micro climate on the planet. The composition of the prokaryotic cell wall is used to classify bacteria into four major classes – gram positive bacteria, gram negative bacteria, bacteria with no cell walls and bacteria with chemically different cell walls.

In the provided article we will interpret the difference between the gram positive and gram negative bacteria along with few similarities also.

The cell has the cytoplasmic membrane of lipid; they form the lipoteichoic acid (the combination of the lipids and the teichoic acids) which serve as the type of adherence. The periplasmic space is smaller in comparison to the gram negative bacteria. The flagellates which are present in certain species have the support of only two basal body rings.

Some species may also contain the polysaccharides containing capsule. They have a surface layer known as S-layer, which is attached to the peptidoglycan layer.

They are also known for causing diseases such as skin infections, septic arthritis, osteomyelitis, endocarditis, tuberculosis, etc. So antibiotic treatment is given to the patient suffering from such disease, which is easy to cure but can be life threatening too.

They are also known for causing diseases such as skin infections, septic arthritis, osteomyelitis, endocarditis, tuberculosis, etc. So antibiotic treatment is given to the patient suffering from such disease, which is easy to cure but can be life threatening too.

Apart from certain similarities, there are few distinct features also, like the cell wall of these organisms which is of peptidoglycan is very thin and is situated between the inner and the outer bacterial membrane of the cell, due to which it is incapable of retaining the crystal violet color and counterstain the safranin and appear to be as red or pink. These three components (inner and outer membrane along with the peptidoglycan layer) make up the cell envelope.

The S-layer is attached directly to the outer membrane, and the flagella have four supporting rings. Periplasm is a gel-like substance present between the outer and the cytoplasmic membrane. Teichoic acid is absent in them. 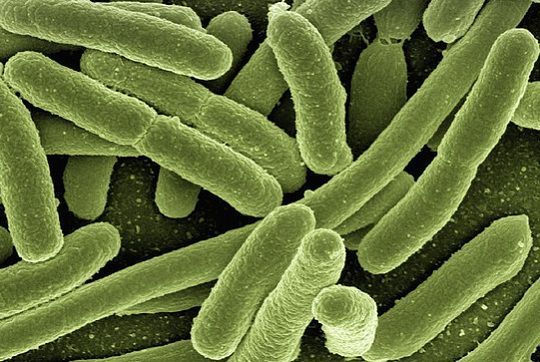 Escherichia coli is the model organisms of this category, while other is Neisseria gonorrhoeae, Pseudomonas aeruginosin, Chlamydia trachomatis, Yersinia pestis. The antibiotics include aminoglycosides and carbapenems.

The unique character of the gram-negative bacteria is the presence of outer membrane, which protects bacteria from many antibiotics, chemicals, detergents, and dyes. Hence other alternates like lysozyme, EDTA, ampicillin, streptomycin have been developed to encounter them and thus protect from pathogenicity.

The outer layer is made up of lipopolysaccharide, where the lipid portion act like an endotoxin. If these bacteria enter into the circulatory system, the lipopolysaccharide will show toxicity and thus result in respiratory, blood pressure problems.

Following are the substantial differences between both types:

Bacteria are the unicellular, prokaryotic, microscopic organisms, found everywhere acquiring almost all types of habitat. These are the dominating living creatures on earth. They may be beneficial or harmful to us. As they are responsible for causing many diseases in plants, animals, and humans, but sometimes they play the role by ecologically benefitting the environment in nitrogen fixing, in cellulose degradation, etc.

Bacteria are mainly categorized as gram positive or gram negative; this differentiation is by the technique of staining known as Gram staining method. We also discussed the features of them and how they are distinct from each other.